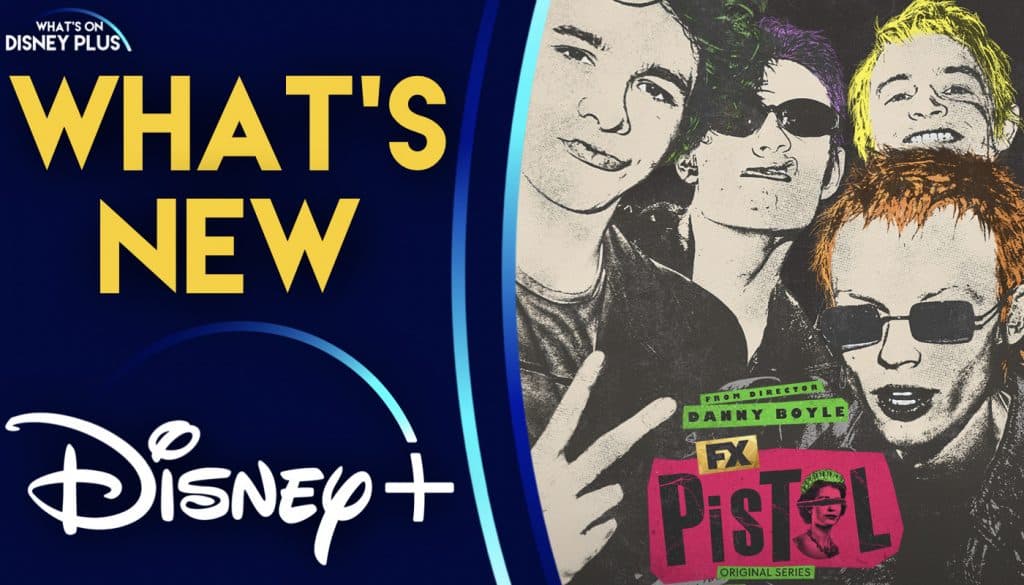 Just ahead of the Queen’s Jubilee celebrations, Disney has released the entire FX limited series, on Hulu in the U.S. and on Disney+ in the UK, Ireland, Canada, Australia, New Zealand and Singapore.

“Pistol” is a six-episode limited series about a rock and roll revolution. The furious, raging storm at the center of this revolution are the Sex Pistols – and at the center of this series is Sex Pistols’ founding member and guitarist, Steve Jones. Jones’ hilarious, emotional and at times heart-breaking journey guides us through a kaleidoscopic telling of three of the most epic, chaotic and mucus-spattered years in the history of music. Based on Jones’ memoir Lonely Boy: Tales from a Sex Pistol, this is the story of a band of spotty, noisy, working-class kids with “no future,” who shook the boring, corrupt Establishment to its core, threatened to bring down the government and changed music and culture forever.

The series will also be coming soon to Star+ in Latin America and Disney+ in all other territories.

Will you be checking out “Pistol” this week on Disney+?

Roger has been a Disney fan since he was a kid and this interest has grown over the years. He has visited Disney Parks around the globe and has a vast collection of Disney movies and collectibles. He is the owner of What's On Disney Plus & DisKingdom. Email: Roger@WhatsOnDisneyPlus.com Twitter: Twitter.com/RogPalmerUK Facebook: Facebook.com/rogpalmeruk
View all posts
Tags: pistol, what's new