Today, Disney has launched a brand new anime series, “BLEACH: Thousand-Year Blood War”, which unlike most new original series, Disney is doing a simulcast release around the world for new releases. In the United States, the series is available on Hulu, while internationally, the series is being distributed on Disney+ including in the United Kingdom, Australia, New Zealand, and Canada.

Because of the simulcast global release, new episodes aren’t being uploaded at the usual Disney+ update time (8am UK/12am PST/3am EST), instead the episodes are going live at 8:30am PST time, which is 16:30 UK time. 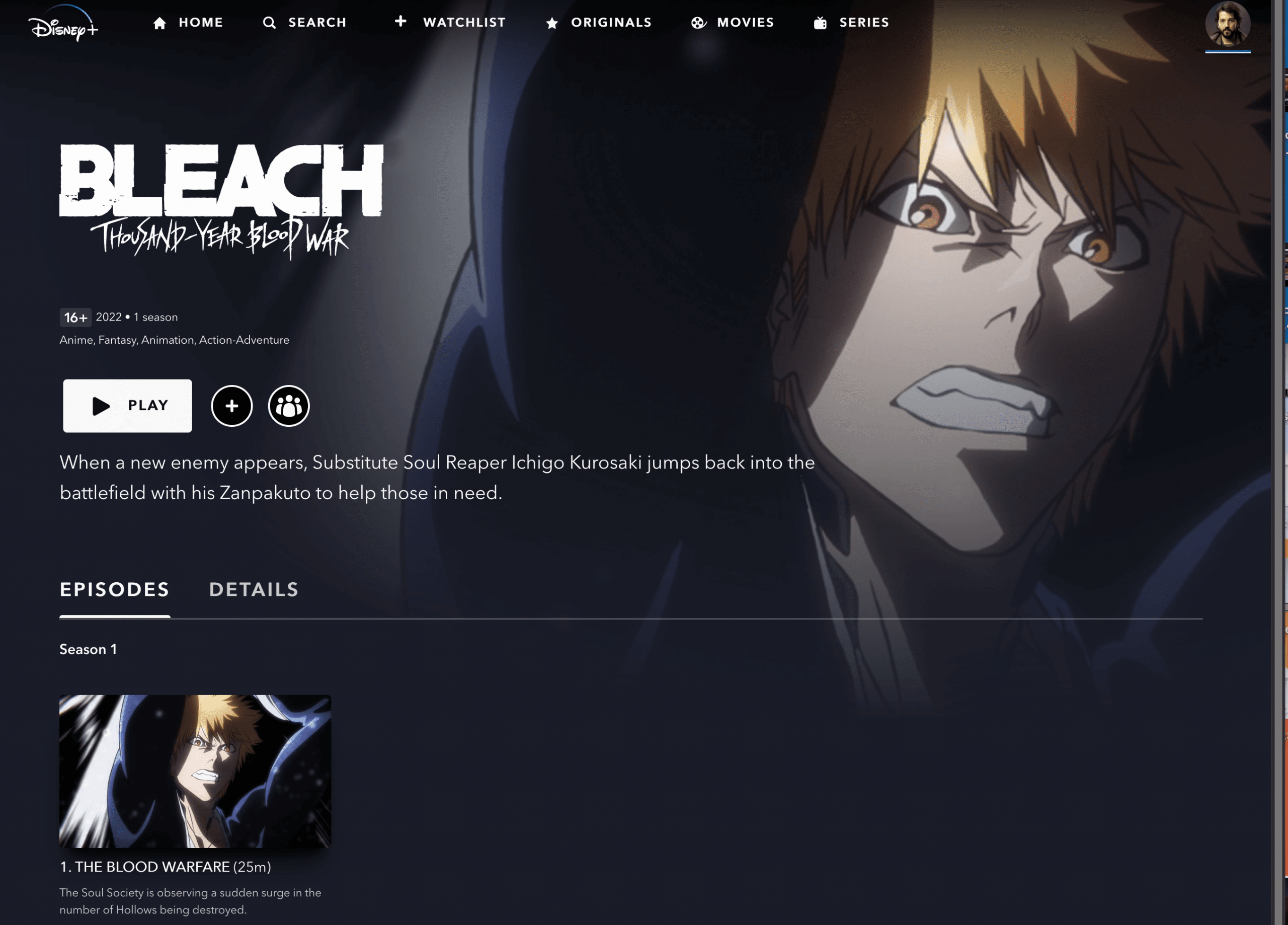 Episode 1 – The peace is suddenly broken when warning sirens blare throughout the Soul Society. Residents there are disappearing without a trace and nobody knows who’s behind it. Meanwhile, a dark shadow is also extending itself toward Ichigo and his friends in Karakura Town.

Are you going to be checking out “BLEACH: Thousand-Year Blood War”?

Roger has been a Disney fan since he was a kid and this interest has grown over the years. He has visited Disney Parks around the globe and has a vast collection of Disney movies and collectibles. He is the owner of What's On Disney Plus & DisKingdom. Email: Roger@WhatsOnDisneyPlus.com Twitter: Twitter.com/RogPalmerUK Facebook: Facebook.com/rogpalmeruk
View all posts
Tags: Bleach, BLEACH: Thousand-Year Blood War

When Does “Bleach: Thousand-Year Blood War” Return To Hulu & Disney+?