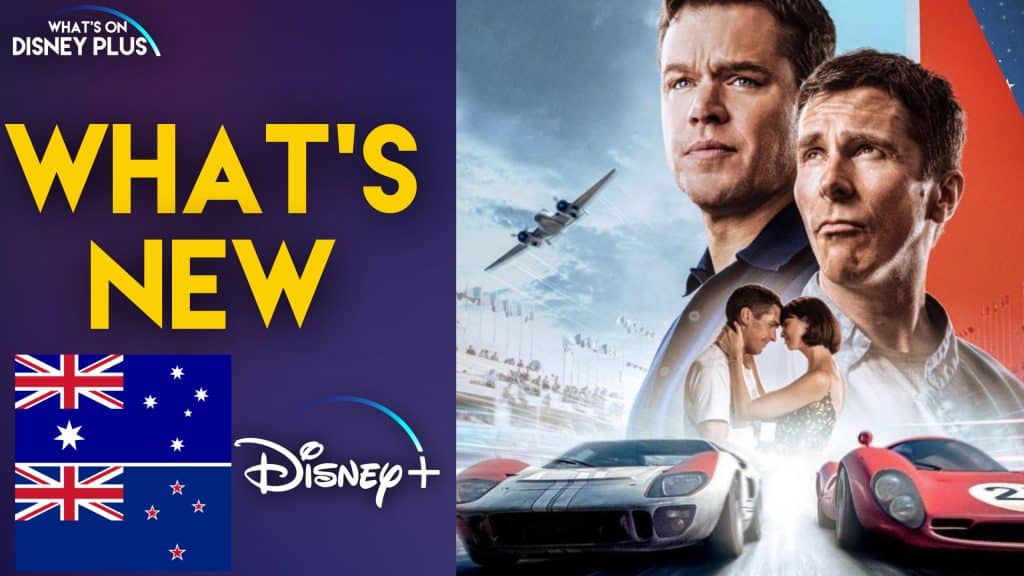 It’s Friday and time to take a look at what’s arrived on Disney+ today in Australia and New Zealand, which includes new episodes of the Disney+ Original series, “Weird But True” and “The Magic Of Disney’s Animal Kingdom”.

American automotive designer Carroll Shelby and fearless British race car driver Ken Miles battle corporate interference, the laws of physics and their own personal demons to build a revolutionary vehicle for the Ford Motor Co. Together, they plan to compete against the race cars of Enzo Ferrari at the 24 Hours of Le Mans in France in 1966.