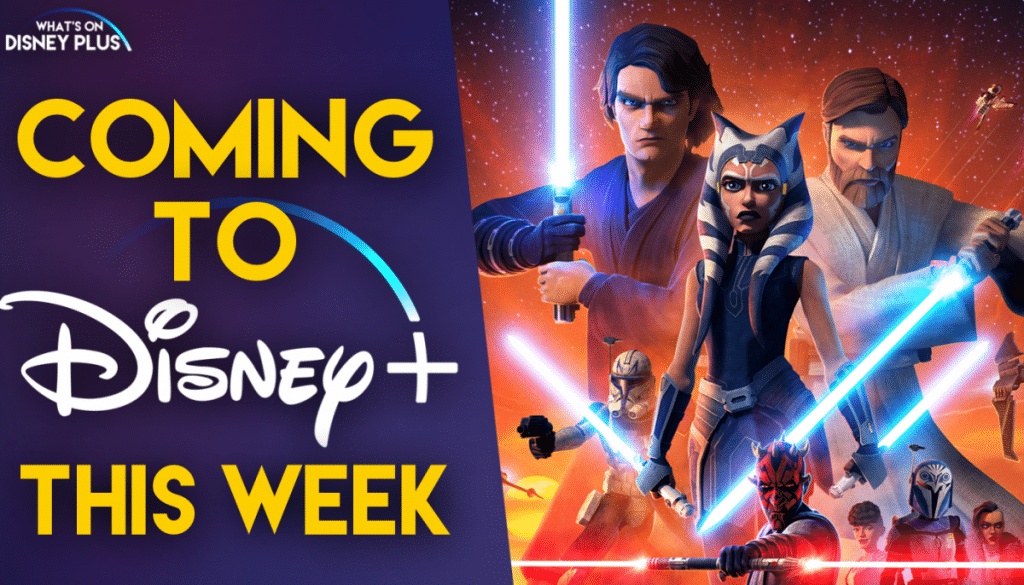 It’s Monday and time to take a look at what’s coming to Disney+ in the week ahead and the big new release is the return of the smash hit animated series, Star Wars: The Clone Wars, which is returning for its seventh and final season, exclusively on Disney+.

Note – Library content may vary between countries, but Disney+ Originals are released globally.