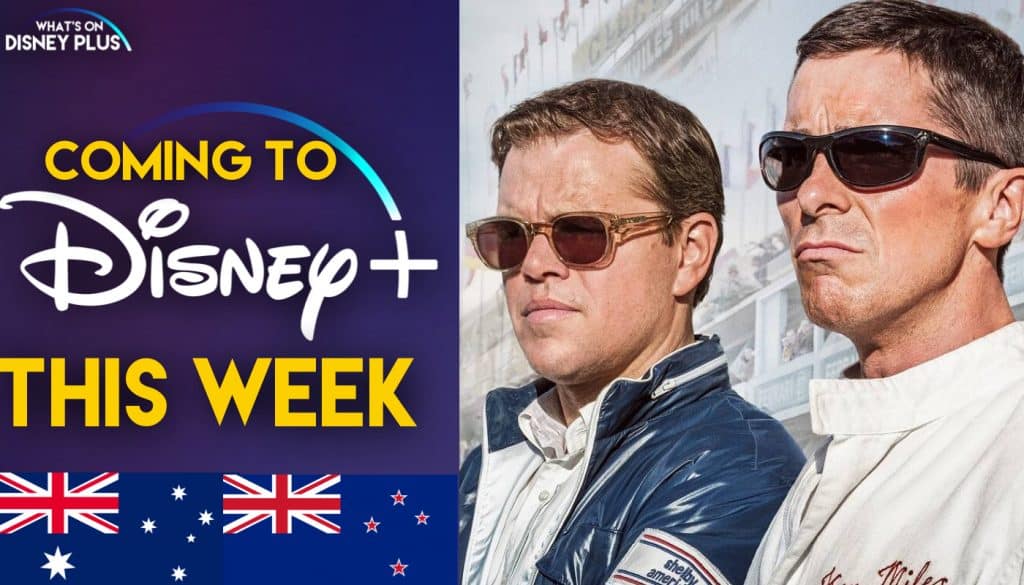 It’s the start of a new week and time to take a look at what’s coming to Disney+ in the week ahead in Australia and New Zealand.

Here is the rundown of this week’s new releases in Australia and New Zealand:

American automotive designer Carroll Shelby and fearless British race car driver Ken Miles battle corporate interference, the laws of physics and their own personal demons to build a revolutionary vehicle for the Ford Motor Co. Together, they plan to compete against the race cars of Enzo Ferrari at the 24 Hours of Le Mans in France in 1966.