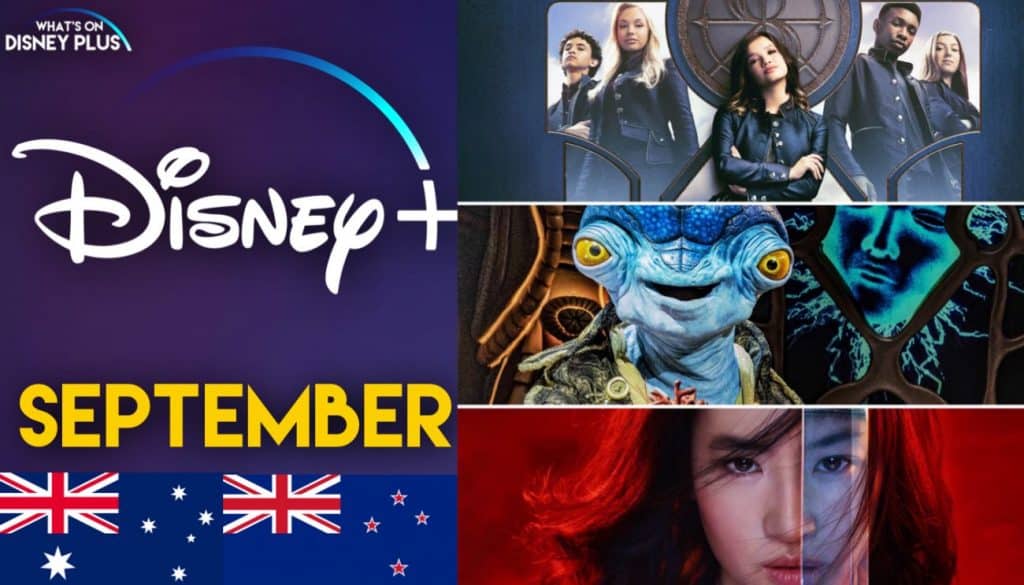 Disney will be adding lots of new content onto Disney+ in Australia and New Zealand during September, including the original movie, “Secret Society Of Second Born Royal” along with other new series such as “Earth To Ned” and “Magic Of Disney’s Animal Kingdom”.

NOTE – This list isn’t complete and will be updated with new additions as they are announced. Content may vary depending on your country and is subject to change.

NOTE – This list isn’t complete and will be updated with new additions as they are announced. Content may vary depending on your country and this list is subject to change.

Roger has been a Disney fan since he was a kid and this interest has grown over the years. He has visited Disney Parks around the globe and has a vast collection of Disney movies and collectibles. He is the owner of What's On Disney Plus & DisKingdom. Email: Roger@WhatsOnDisneyPlus.com Twitter: Twitter.com/RogPalmerUK Facebook: Facebook.com/rogpalmeruk
View all posts
Tags: australia, disney, New Zealand, september