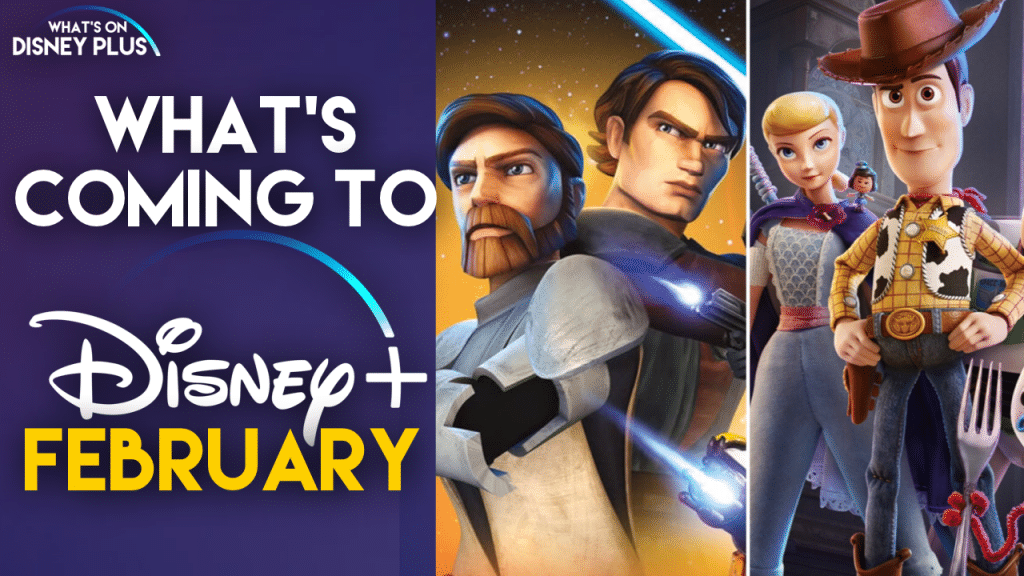 Here is a look at what’s coming to Disney+ in February 2020.  There is new library content arriving plus new Originals including Timmy Failure and the seventh season of the Clone Wars, plus the debut of the “Toy Story 4”.

This list is focused on the US, so availability will vary by region and is subject to change.

What are you excited to watch from this list?

Roger has been a Disney fan since he was a kid and this interest has grown over the years. He has visited Disney Parks around the globe and has a vast collection of Disney movies and collectibles. He is the owner of What's On Disney Plus & DisKingdom. Email: Roger@WhatsOnDisneyPlus.com Twitter: Twitter.com/RogPalmerUK Facebook: Facebook.com/rogpalmeruk
View all posts
Tags: Coming Soon, disney, disneyplus