What To Watch On Disney+ This Week | The BFG, The Last Jedi & More 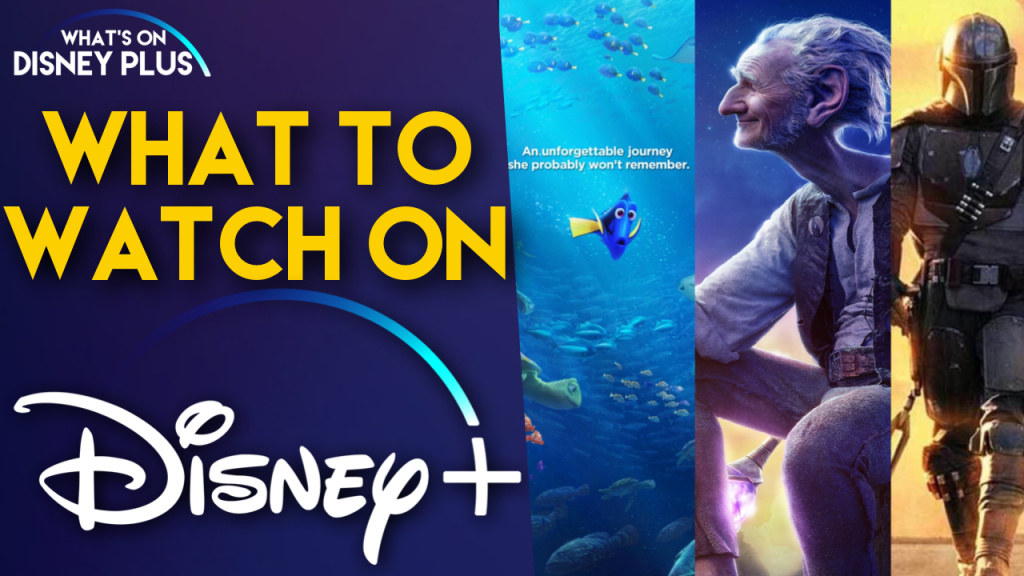 What To Watch On Disney+ This Week | The BFG, The Last Jedi & More

It’s the weekend and if you want some recommendations on what to watch on Disney+, here are my top picks to keep you entertained. And with it being the weekend between Christmas and New Years, there are plenty of big epic movies to watch this weekend.

The biggest movie addition to the Disney+ library this week in the US and Canada is Star Wars: The Last Jedi, which means it automatically is a easy recommendation to watch this weekend. With “The Rise Of Skywalker” topping the top of the box office, you might want to use this bonus time off to go through the entire Saga once again!

Last weeks big new Disney+ Original movie is Togo, which is the untold true story set in the winter of 1925 that takes you across the treacherous terrain of the Alaskan tundra for an exhilarating and uplifting adventure that will test the strength, courage and determination of one man, Leonhard Seppala, and his lead sled dog, Togo. The film features extraordinary performances by Willem Dafoe as Seppala—Dafoe learned to drive a dogsled for the film—and Julianne Nicholson as his wife who is first to champion Togo. This is a very easy recommendation for everyone with a Disney+ subscription.

This great family movie is based on a classic Roalh Dahl novel and is directed by Stephen Spielberg.  The movie sees a orphan little girl befriend a benevolent giant who takes her to Giant Country, where they attempt to stop the man-eating giants that are invading the human world.

Princess and the Frog

This lovely animated Disney classic tells the story of a waitress, who is desperate to fulfill her dreams as a restaurant owner, is set on a journey to turn a frog prince back into a human being, but she has to face the same problem after she kisses him.

One of the great Pixar movies of recent years sees the friendly but forgetful blue tang Dory begin a search for her long-lost parents, and everyone learns a few things about the real meaning of family along the way.  With lots of interesting new characters and different setting, this one should be added to your watch list.

This list couldn’t be complete without the biggest Disney+ Original series, The Mandalorian, which has just finished its first season, so all eight episodes are now available, so if you haven’t already watched the series, this is a perfect time to jump in and discover what all the fuss is about and get to know Mando and Baby Yoda.