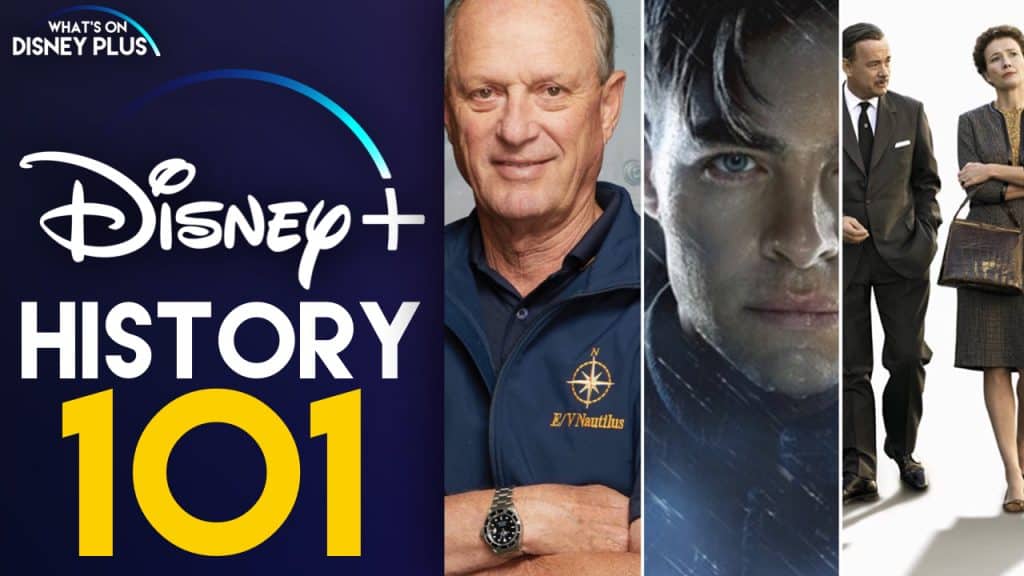 With schools closed around the world due to the current situation, Disney has released a list of historical educational movies and shows that are available to watch on Disney+

A look at how climate change affects our environment and what society can do prevent the demise of endangered species, ecosystems, and native communities across the planet. 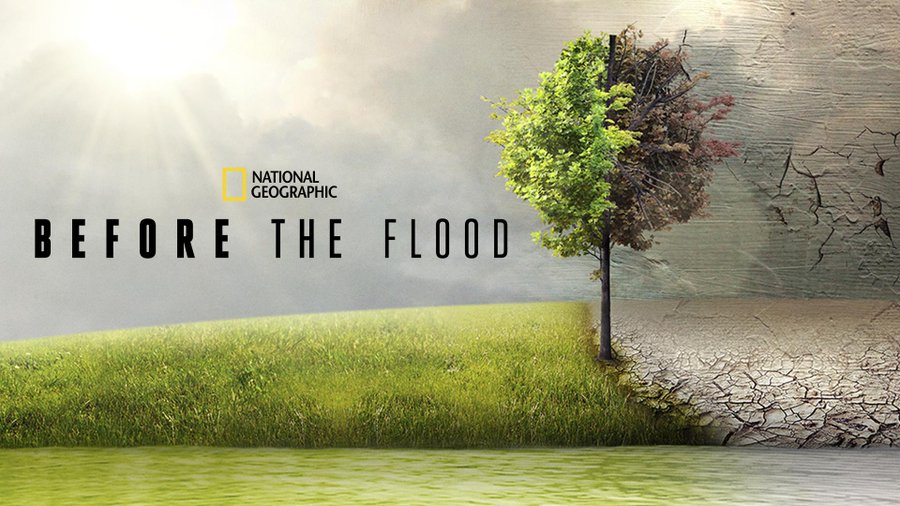 If you have been interested in Princess Diana and the British Royal Family, this documentary uses home videos recorded by Diana’s voice coach, Diana takes us through the story of her life.  Fascinating. 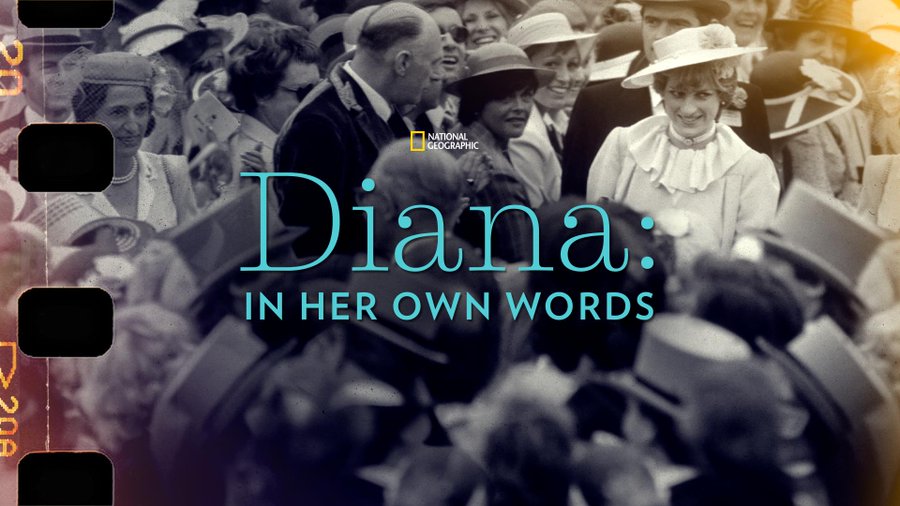 National Geographic is virtually ‘drain’ the Titanic, revealing spectacular images of the final resting place of this most iconic of shipwrecks.  Computer-generated imagery and other visualization techniques reveal how it would look if all the water was removed from RMS Titanic’s final resting place. 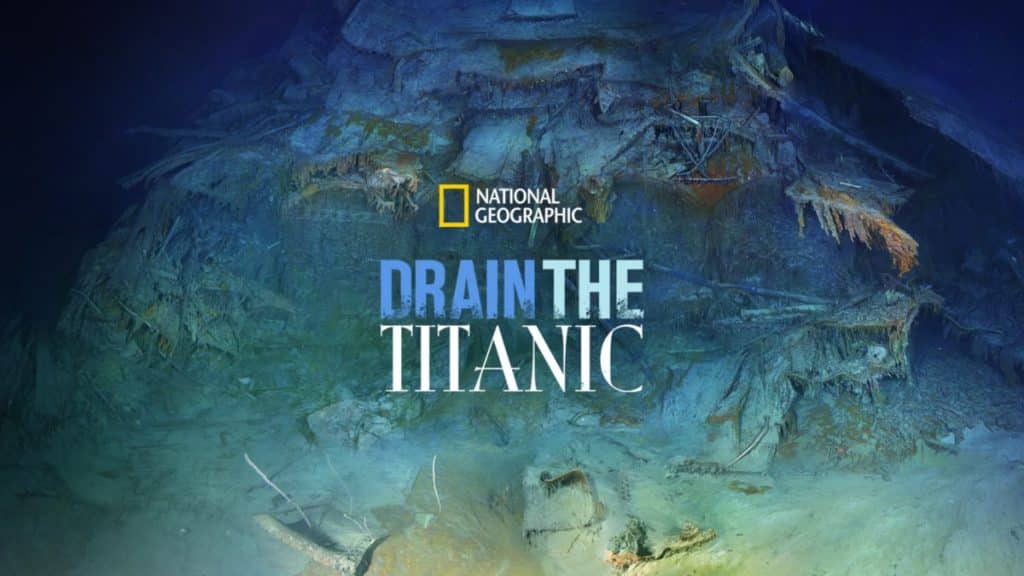 The only Star Wars documentary on the list, this 2004 film directed by Kevin Burns and narrated by Robert Clotworthy, documents the making of the original Star Wars trilogy and for Star Wars fans, this is worth checking out. 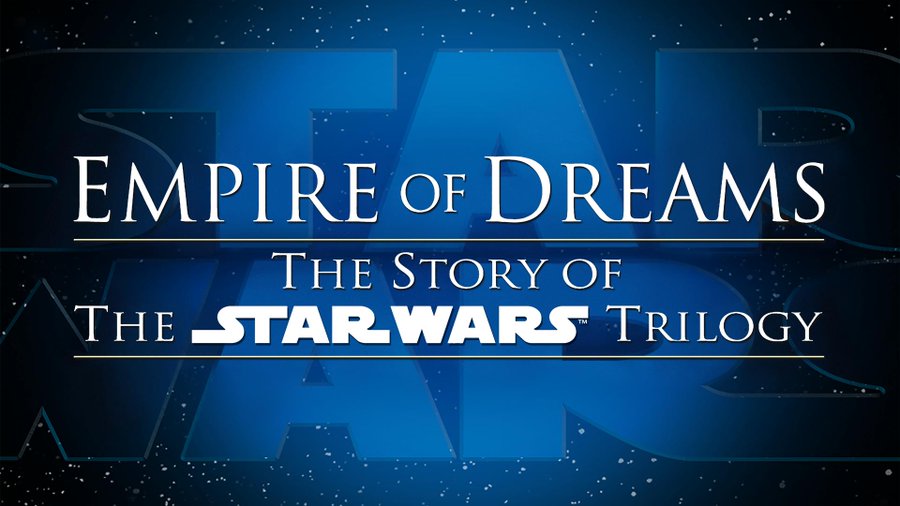 This documentary was only added this month and see explorer Robert Ballard sets out to solve the mystery of Amelia Earhart’s disappearance as he and a team of experts travel to the remote Pacific atoll named Nikumaroro in search of her final resting place.

Great Migrations is an epic nature documentary that features the great migrations of animals across the globe. The seven-part show is the largest programming events in the history of National Geographic If you love animal documentaries, this is one of the best and well worth checking out. 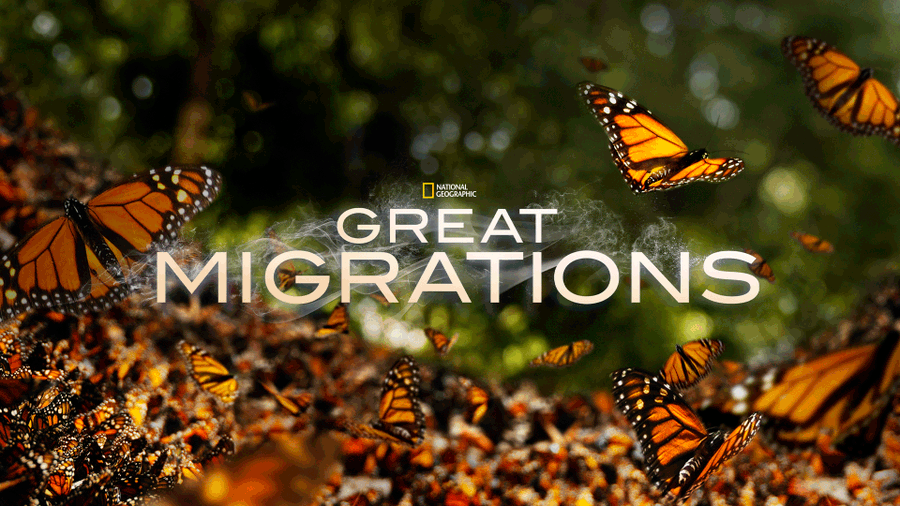 Incredible! The Story of Dr. Pol

Jan Pol has been up to his elbows in animals for as long as he can remember, and he shows no sign of pulling back. He and his wife, Diane, have run a thriving veterinary clinic for over 30 years , providing care to all kinds of critters, from kittens to cows, from alpacas to alligators, all while raising three kids and tending to a menagerie of their own animals. Now, on top of all that, Dr. Pol has a hit TV show and a best-selling book, making him the most popular vet around. 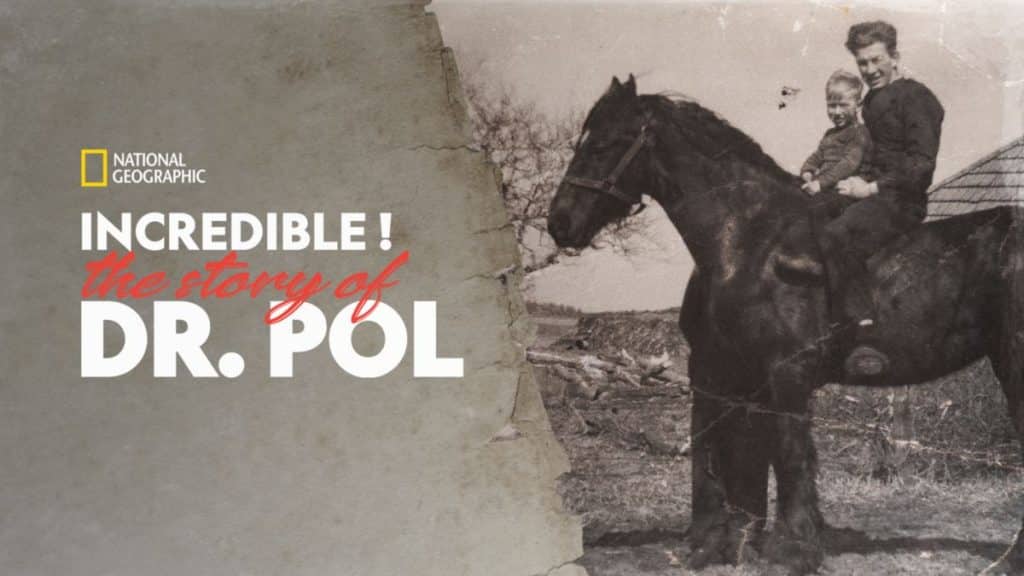 This is a fascinating documentary about the life of Jane Goodall, who’s chimpanzee research revolutionized our understanding of the natural world.  The film uses never-before-seen footage that has been tucked away in the National Geographic archives.

Lost Treasures of the Maya

This National Geographic series looks into a new “treasure map” of the Maya world that is transforming what we thought we knew of one of the world most mysterious ancient civilizations. I’ve visited many Mayan sites throughout Central America and found this to be a extremely interesting series. 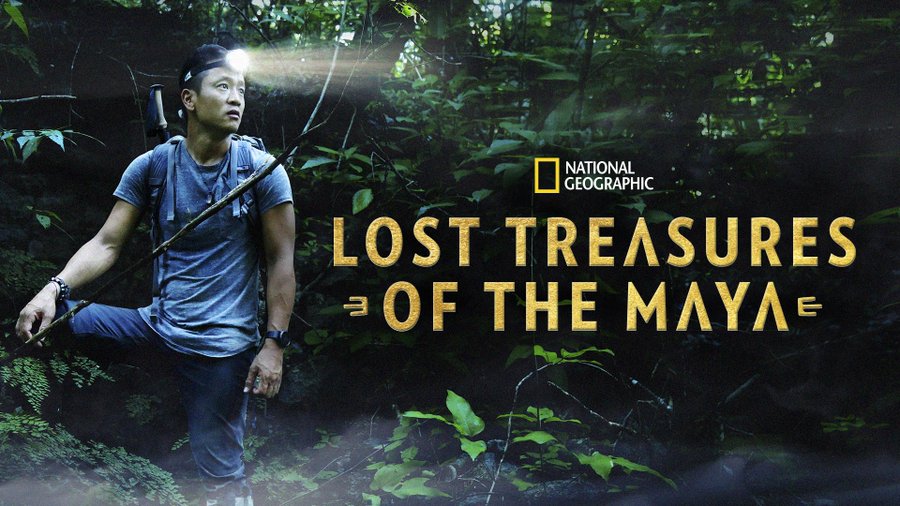 During Germany’s occupation of Denmark during World War II, surgeon Karl Koster (Sam Waterston) ; his wife, Doris (Mia Farrow) ; and their children undertake a heroic endeavor when they hear about Nazi plans to deport Jewish citizens. They conceal a rabbi and his family in their home, while using Karl’s hospital as a hiding place for others. They join forces with hospital employees and the Danish resistance to find safe passage for Jews to Sweden, in what becomes a huge movement. 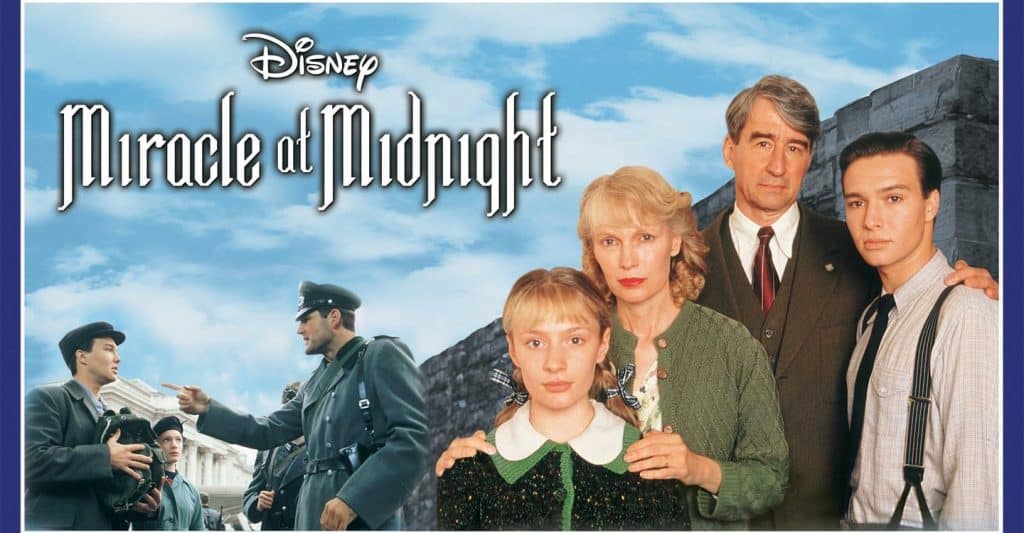 Miracle Landing on the Hudson

In 2009, just two minutes into US Airways flight 1549, a flock of birds struck the plane taking out both engines. With no power, the Captain decided to attempt the near impossible – to land it in New York’s Hudson River. 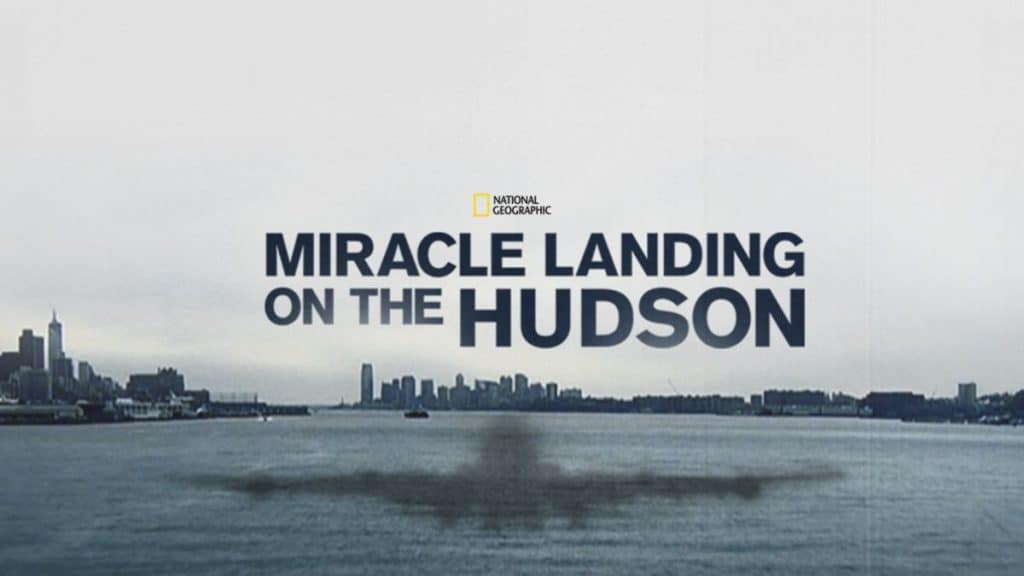 Origins: The Journey of Humankind

In this series, viewers can travel back in time across the entire sweep of human history on a quest to discover the moments that that truly made us modern. Origins embarks on an epic journey to discover the Steve Jobs’ of the past, witness their process of creation, and then place the products of their genius on the proper pedestal. Award-winning feature film directors create the dramatic re-enactments’, and leading Visual Artist John Boswell designs and executes the eye-popping montages that whisk us through history. Origins is a new kind of time travel adventure – a search for the profoundly important ‘New’. The surprising connections between each quantum leap also play an important role in our exploration. Each of these next big things have been identified in consultation with the world’s leading authors and scholars in their respective fields. Origins boldly goes where no franchise has gone before to put the past together in such a way that viewers can never look at their future the same way again. 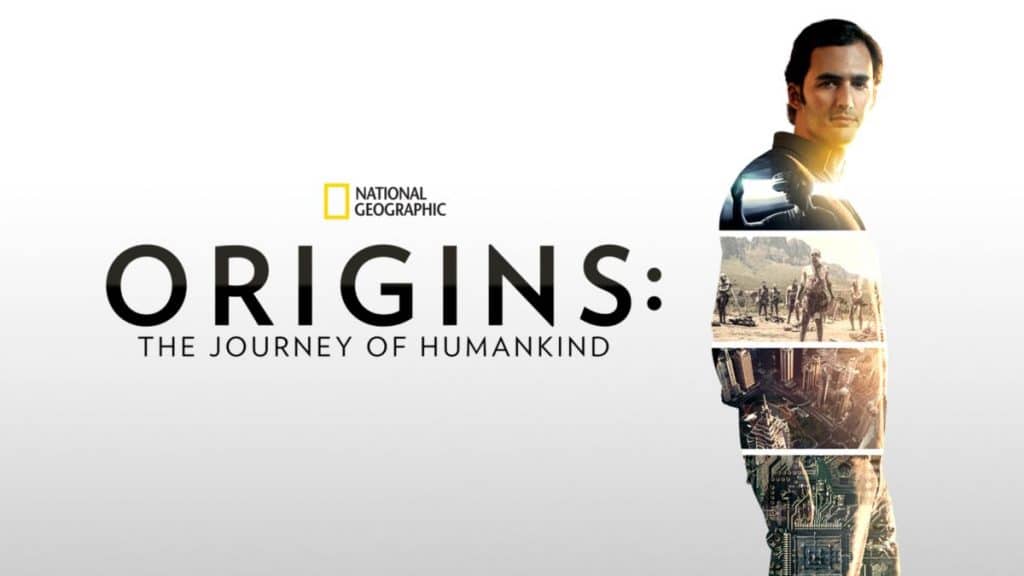 Disney presents the inspiring true story of one little girl whose strength and dignity during the racially charged 1960s helped change history! When bright six-year-old Ruby is chosen to be the first African-American student to integrate her local New Orleans elementary school, she is subjected to the true ugliness of racism for the very first time. But guided by the love of her mother and father, Ruby’s heroic struggle for a better education becomes a lesson for us all. An acclaimed and entertaining motion picture also starring Penelope Ann Miller and Kevin Pollak. 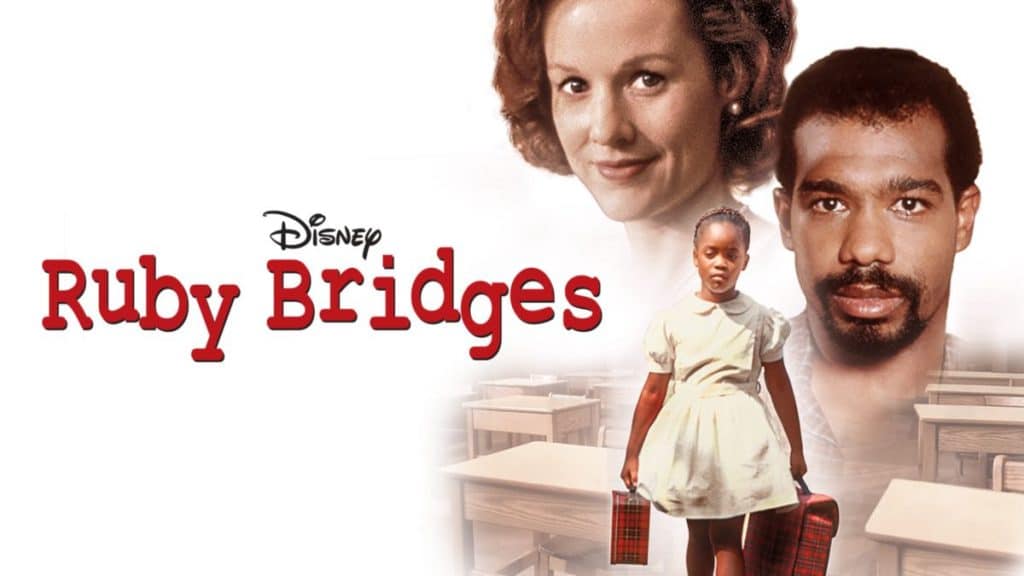 Two-time Academy Award winner Emma Thompson and fellow double Oscar winner Tom Hanks star in Disney’s SAVING MR. BANKS, inspired by the extraordinary untold tale of how one of the most beloved stories of all time, Mary Poppins, was brought to the big screen. The film is a poignant, sharply funny and moving recounting of Walt Disney’s (Tom Hanks) quest to fulfil a promise to his daughters to make a film of their favourite book, and of its fiercely protective author PL Travers (Emma Thompson), who had no intention of letting her beloved nanny go to Hollywood. SAVING MR. BANKS follows Walt as he has to pull out all the stops to change PL Travers’ mind and is ultimately forced to reach back into his own childhood to discover the truth about the ghosts that haunt her. Together they set Mary Poppins free to become one of the most endearing films in cinematic history. Academy Award winner Paul Giamatti, Colin Farrell, Ruth Wilson and Jason Schwartzman round out the terrific cast. 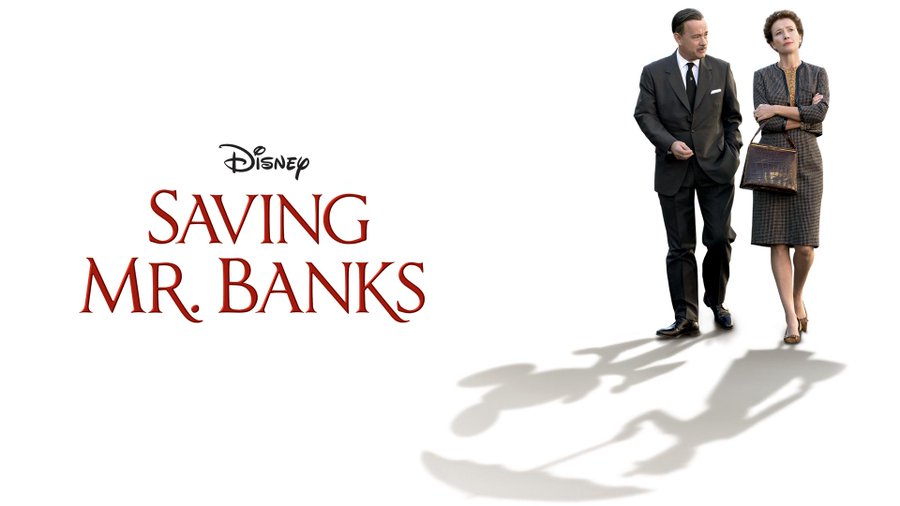 Chris Pine and Casey Affleck star in this adventure drama based on the Pendleton rescue operation which is recounted in Casey Sherman and Michael J. Tougias’s book. In February 1952 a terrible storm hits New England and an oil tanker is split in two off the coast of Cape Cod. A United States Coast Guard crew of four, including Boatswain’s Mate First Class Bernard Webber (Pine), is sent on a dangerous rescue mission aboard a small lifeboat. While 30 sailors are stuck inside the sinking tanker Webber and his team battle against the treacherous conditions. Will they make it to the vessel in time? The cast also includes Eric Bana, Holliday Grainger and Ben Foster. 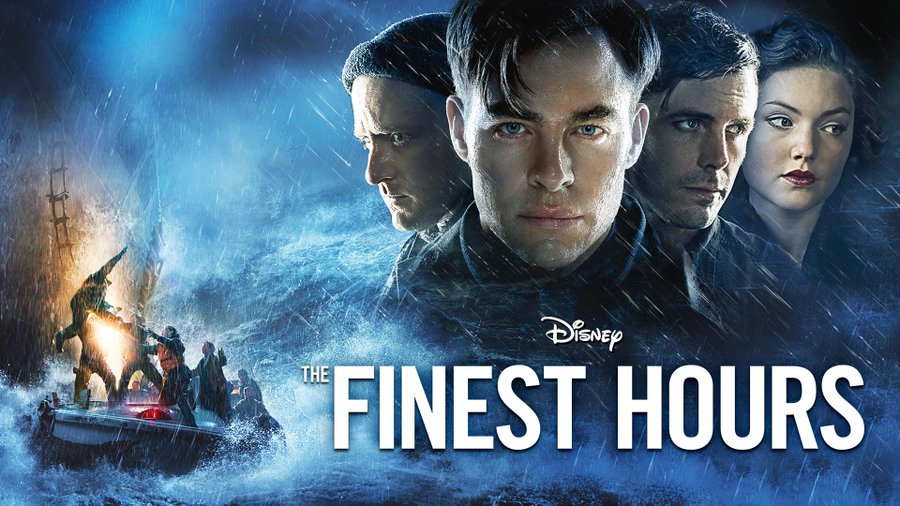 Easily my favourite series right now on Disney+. Explore the past, present and future of Walt Disney Imagineering with noted filmmaker Leslie Iwerks. Ms. Iwerks comes from a family with deep Disney history — her grandfather was an early Disney animator and her father is a former Imagineer — and her previous work includes profiles of Pixar Animation Studios and visual effects house Industrial Light & Magic.  For theme park fans, this is a must watch.

The Lost Tomb of Alexander The Great

Archaeologist Pepi Papakosta is on a mission to find Alexander the Great’s lost tomb. Excavating in a public garden in the centre of the city he founded 2300 years ago, Alexandria, Egypt, she has unearthed a rare, marble statue of Alexander, Greek treasures and secret tunnels. But Pepi’s biggest revelation is an extraordinary find even she was not expecting. 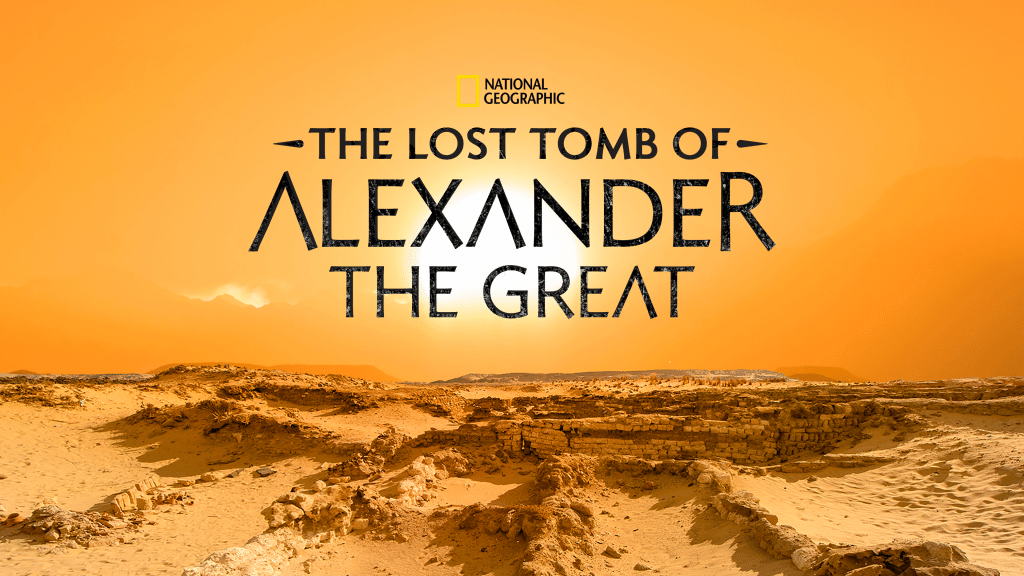 The Secrets of Christ’s Tomb

In this National Geographic Explorer special, we follow world leading experts on a quest to unlock the mysteries surrounding the Tomb of Christ. At the heart of the story a team of leading scientists use the latest scientific techniques to restore the edicule housing the tomb. Scientific tests indicate the remnants of the tomb dates to 4th century – a discovery that could revolutionise what we know about the tomb of Christ. 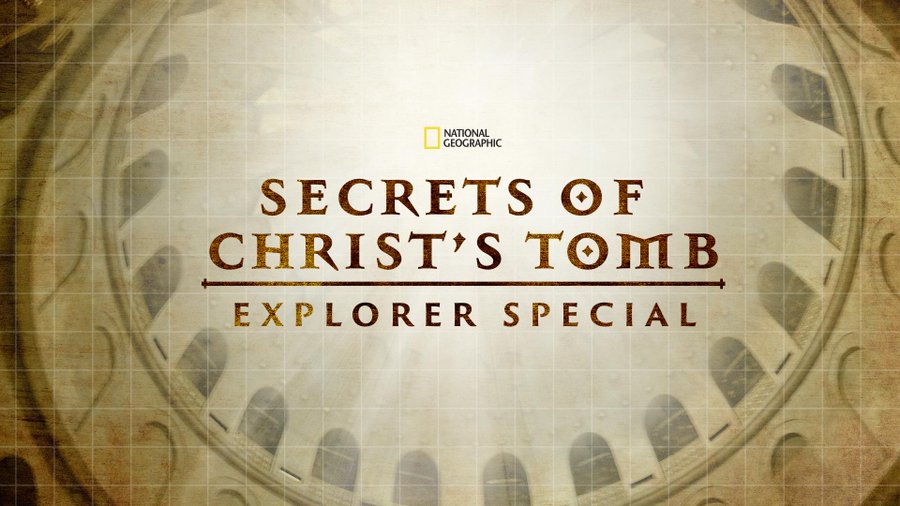 Will you be watching any of these movies or shows?