What To Watch On Disney+ First? 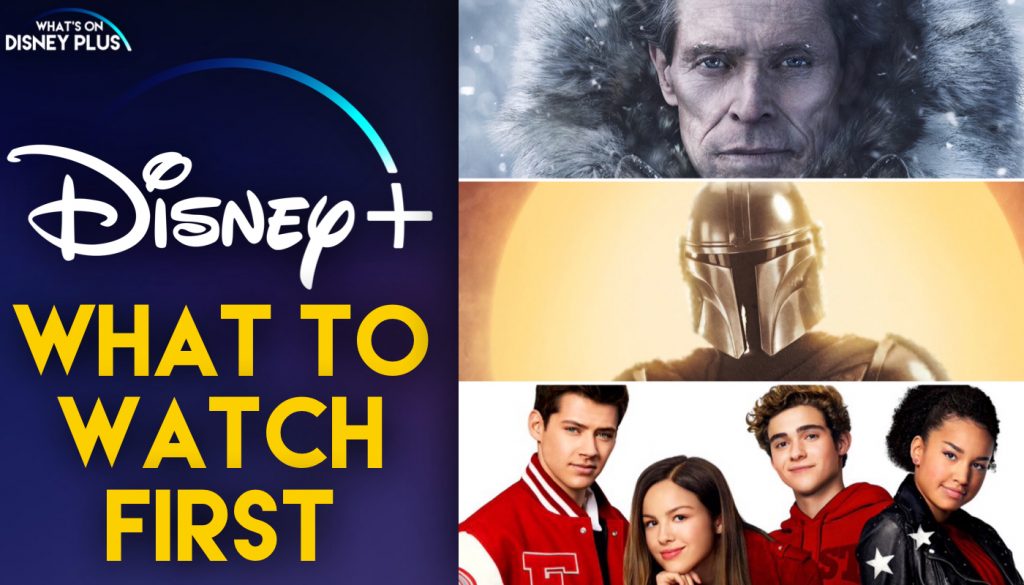 What To Watch On Disney+ First?

This week millions of new people across Europe will be able to enjoy a huge vast library of content from Disney, including many new Disney+ Originals, which can only be found on the new streaming service.

While most of Europe has had to wait for Disney+, there are some advantages to the delay, since the launch line up of original content is far superior to that of the initial launch in November.

Here are a few of my personal recommendations on what to watch this week on Disney+.

It goes without saying that you should start off with the biggest and best first.  The Mandalorian is one of the best TV shows out there right now and Disney+ is kicking off its European launch with two episodes of the show being available on day one, with a third coming on Friday.  With new episodes dropping each Friday.    You will no doubt love Baby Yoda and Mando, because lets be honest, you’ve had zero chance of staying spoiler free of that cute little “child” since November!

If you love Disney Theme Parks, you will love this show.  It’s without question, one of the finest Disney theme park documentaries available.  With 6 jam packed episodes, covering from the creation of Disneyland, right through to the latest attraction, Galaxy’s Edge.  This show is a must for Disney fans like myself.  One of the most refreshing things about this show, is how it is authentic, it doesn’t gloss over the problems in the past and explores the mistakes the company has made.  Which is why I feel it stands out as a legitimate documentary.  Though if you want something with a little more “PR” spin on it, check out the “One Day At Disney” documentary, though personally I’d leave that for a while.

Without question, Togo, is my favourite Disney+ Original movie.  It’s action packed and is worthy of being shown at the cinema, plus it has a fascinating story, which I’m not sure too many European’s will know about.   As Leonhard Seppala, and his lead sled dog, Togo race across the frozen Alaskan tundra to race for a vaccine to save the village.  And of course it has plenty of adorable dogs featured in the movie, which will pull on your heart strings and will no doubt make you cry!  This should be high on your watch list.

It would be easy to overlook this teenage drama series, but I was pleasantly surprised with the show.  It’s got elements of the original High School Musical movies in there, such as the songs and small references, but in reality this is its own thing.  The cast are extremely talented and it features some amazing songs.  At least give the show a couple of episodes, to see if it clicks with you.  Because right now, we are all in this together (yes I know, that’s a bad pun)

There are 6 different Sparkshorts from Pixar available on Disney+, which is a program designed to let creators push the boundaries, resulting in some unique stories that you wouldn’t normally expect to see on the screen.  Each short has a important message, which adults will pick up on, yet allowing younger viewers to just enjoy some great animation.  My personal favorite is Kitbull, which was nominated for an Oscar this year and is a real tear jerker.

This lovely short series, tells the story of how dogs are trained to becoming “Guide Dogs for the Blind”.  If you’ve ever thought about what goes into training a Guide Dog, this show will give you a insight into the experience.  I am a little biased because we used to look after Guide Dog puppies when I was a kid, so seeing the heartache in the families eyes when they had to return their dog, really hit home.  I’ve just realized I’ve recommended three different Disney+ Originals featuring dogs, all of which made me cry!

And finally, the final series of the animated show is a Disney+ Original and is currently the first show I fire up on the app each Friday morning.  The show tells stories from the period between Star Wars: Attack of the Clones and Star Wars: The Revenge of the Sith, as we see Anakin Skywalker drift closer to the dark side and see the “Clone Wars” at the height of the war. If you’ve never see the previous 6 seasons of the show, you will find them all available within Disney+.  So if you’ve got a little more time on your hands, this could be a good way of killing time each day.