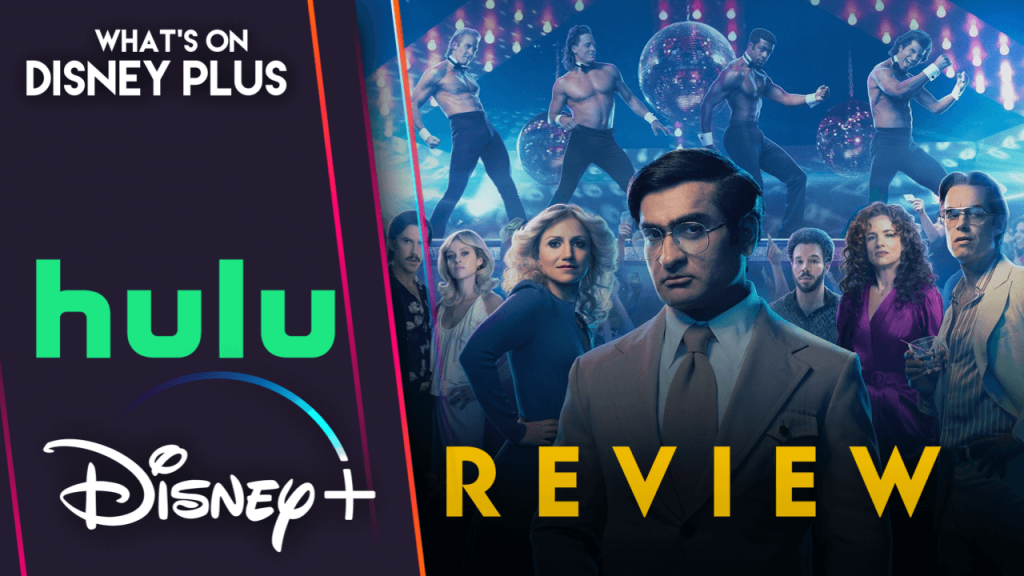 Following on from the massive success of the steamy bio-series, “Pam & Tommy”, Robert Siegel has returned with a brand new limited series “, Welcome To Chippendales”, which tells the outrageous story of Somen “Steve” Banerjee, an Indian immigrant who became the unlikely founder of the world’s greatest male-stripping empire—and how he let nothing stand in his way in the process.

The series stars Kumail Nanjiani, as Steve, a mild-mannered gas station manager who has spent his entire life since he moved to America, saving and he sets up a Backgammon club, which doesn’t work out as his planned, but one day, upon meeting up with a nightclub promoter called Paul Snider and Playboy model Dorothy Stratten, “Chippendales” is born.

From here, we see how the club comes together, with dance choreographer Nick De Noia, played by the excellent, Murray Bartlett, who takes the stripper’s performances to the next level, but this starts a rivalry with Steve, which builds over time, as Steve becomes jealous and frustrated with Nick becoming the face of the “Chippendales”.

In the first five episodes that I’ve got to see, the main focus of the story is about how the “Chippendales” was created and how the cracks began to show with the business relationships that Steve had. I’ll be honest, I had never heard about the story before, so this series has been extremely interesting, and I became hooked on the series very quickly, binging my way through the first five episodes in two nights. I can’t wait to see the remaining episodes to see how this story ends, because it really captivated me.

As you might expect from a series about the “Chippendales”, this series doesn’t hold back too much with regards to sex scenes and male stripping, though it doesn’t push the boundaries as much as “Pam & Tommy” did, but it doesn’t shy away from the fact that this series is set in a strip club. This is a series intended for adult audiences, and therefore, it is a little edgy, but I think it does a good job in balancing all of this.

The acting in this series is fantastic, Kumail Nanjiani is a superstar in this series. He’s quiet and understated for the majority of the time, but with just a look or a smile, can portray so much. Murray Bartlett is also fantastic in this series, and the two of them just work so well together. Annaleigh Ashford, who plays Steve’s wife, is also a really interesting character, who captures your heart, with her love of math and making money!

It manages to completely capture the feeling of the 1980s, with the smoke-filled rooms, bright colours, large hairdos and, more importantly, a great soundtrack.

“Welcome To Chippendales” is easily one of the best original series so far on Disney+ and continues that trend of delivering some incredible drama series for adults. The story is so interesting and delivered in such a way, it might be set in a male strip club, but it is a fantastic story of how a business is created and how greed takes over. Fascinating, and I can’t wait to watch the rest of the series. It’s dark, it’s gritty, and it’s another superb original show.

“Welcome To Chippendales” is coming to Disney+ in the United Kingdom and Ireland on Wednesday 11th January 2023. The series is also already available to watch now on Hulu in the US and on Disney+ in Australia, New Zealand and Canada,

Roger has been a Disney fan since he was a kid and this interest has grown over the years. He has visited Disney Parks around the globe and has a vast collection of Disney movies and collectibles. He is the owner of What's On Disney Plus & DisKingdom. Email: Roger@WhatsOnDisneyPlus.com Twitter: Twitter.com/RogPalmerUK Facebook: Facebook.com/rogpalmeruk
View all posts
Tags: “Welcome to Chippendales”, review