Disney has been developing a new series for Disney+ based on the popular Percy Jackson series of books for a while and today, Percy Jackson’s creator Rick Riordan has announced that Walker Scobell is going to be playing the role of Percy Jackson in the upcoming Disney+ series, “Percy Jackson And The Olympians”. 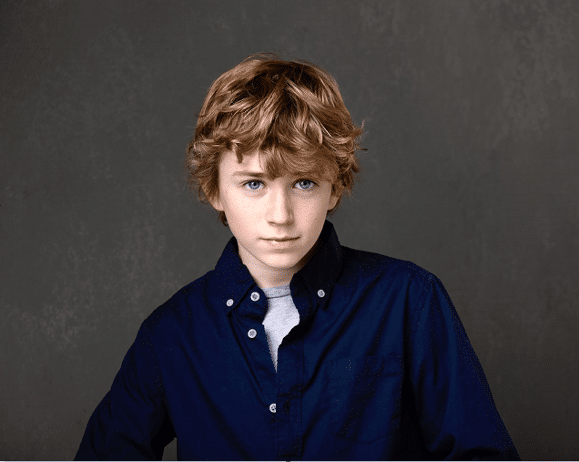 Walker Scobell has recently starred in the Netflix hit, “The Adam Project”, where he played a younger version of Ryan Reynolds’ character.

Rick explained on his blog some details of the casting:

We were fortunate enough to audition Walker months before that movie came out, but the film only confirmed what we already knew about his talent. It was obvious to me and the rest of the team that Walker had the perfect mix of comedic timing, sweetness, rebelliousness, snark and heroism to embody our hero Percy Jackson. I got to deliver the news to Walker personally via Zoom back on Jan. 28 that he had been chosen for the part, and it was a magical moment that made me feel for the first time: “Okay, this is real. This is worth all the waiting and the hard work. This project is going to be amazing.” It has been tough keeping this information under my hat because I was so excited to share the news with the fans!

Rick also shared some other details on the casting:

Since January, we have been getting to know Walker and his wonderful family. He even arrived in California for a chemistry read in February with Annabeth’s magical New York Yankees cap, which he made his dad buy for him while they were in NYC. This kid knows his stuff. Since then, we’ve gotten to see Walker do numerous chemistry reads with candidates for our other two leads, Annabeth and Grover, and while I’m confident those two roles are getting very close to being finalized and announced, I felt like the time was right to let you meet our Percy!

We look forward to working with the Scobells in Vancouver full-time this summer and building on the dedicated, supportive, enthusiastic community that is rapidly forming around this project. The excitement is so thick you could cut it with a Celestial bronze sword. Walker is an avid skateboarder and skier, and is super excited to get to Vancouver and start working on swordplay, holding his breath underwater, and other stunts of derring-do. I’m excited he’s doing all that and I don’t have to, but I will definitely be there cheering him on every step of the way!

“Percy Jackson and the Olympians” tells the fantastical story of a 12-year-old modern demigod, Percy Jackson, who’s just coming to terms with his newfound supernatural powers when the sky god Zeus accuses him of stealing his master lightning bolt. Now Percy must trek across America to find it and restore order to Olympus.

Percy Jackson is a smart and compassionate kid with a sharp sense of humor. He’s always seen himself as an outsider, in no small part because of how the world sees his ADHD and dyslexia. He’s impulsive and rambunctious and is quick to anger when things seem unfair to him. But beneath his cynicism is an affectionate son and loyal friend who just wants to do right by those he cares about. If only he could find a place where he fits in.

Are you looking forward to seeing this new version of “Percy Jackson” on our screens?