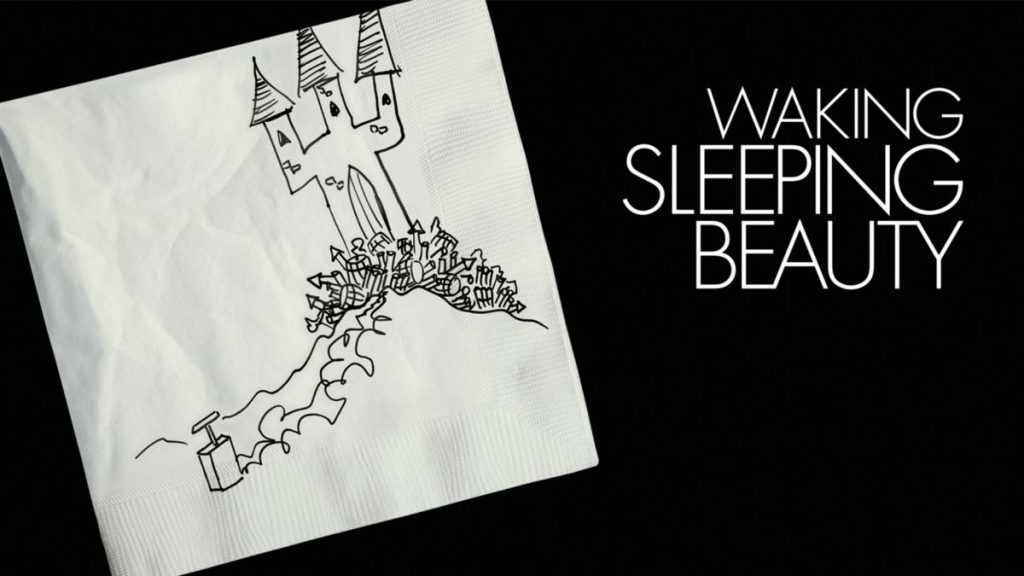 In a 10-year stretch, Disney went from a struggling company that had at one time made great animated films to the animation empire we see today. “Waking Sleeping Beauty” takes an in-depth look at how, following one of the greatest critical and commercial failures in the company’s history, changes were made to bring the company to its zenith.

“The Black Cauldron” was a box office bomb that left the company with nowhere to go but up. This documentary looks at how that film’s failure led to the ousting of Walt Disney’s son-in-law as CEO and his nephew, Roy E. Disney to bring in two new names to revolutionize the company. Those two names were Michael Eisner and Frank Wells. The pair made Jeffrey Katzenberg the head of the animation studio and went to work improving the quality of the films that eventually led to the Disney Renaissance.

This is a must-watch for any Disney fan, especially for those of us who grew up on the Disney Renaissance films of the 1990s. It tells a great story about how the company pulled itself out of the doldrums of the Bronze Age of animation, also called The Dark Age or the First Dark Age, and adapted to bring it to its former glory and beyond. I was enraptured seeing how the team had to focus on one film at a time when they started to have multiple studios working on multiple films.

I also enjoyed seeing old interviews with Howard Ashman and Alan Menken, the composing duo that brought the music of “The Little Mermaid” and “Beauty and the Beast” to life. Ashman, who passed away in 1991, was validated by the success of “Beauty and the Beast.” He was more than just a musical composer but a driving force behind the production. He was certain he had a hit and, even though, he died before the film premiered, it was the perfect culmination of a lifetime of work, complete with being the very first animated film to be nominated for the Best Picture Oscar.

We also see how Disney’s success with its animation division led to more collaborations for the company. Tim Burton, a former Disney animator, returned to work with the animation division to make the cult classic “The Nightmare Before Christmas.” An agreement with a fledgling startup called Pixar to help animate “Who Framed Roger Rabbit?” led to a partnership for a joint venture called “Toy Story.” We all know how that partnership has expanded. And, we saw the transition from hand-drawn to digital animation begin with the very first fully digitally animated movie, “The Rescuers Down Under.”

This documentary is informative and, at times, fun. It takes on the good times and the bad. We see them at their highs, like “Beauty and the Beast” winning the Golden Globe and nominated for an Oscar. And, we see them at their lows, Frank Wells killed in a helicopter crash and Jeffrey Katzenberg leaving after the premiere of “The Lion King” because he didn’t get Wells’ job. But, it’s a wild ride from 1984-1994. And one I hope others take.

Have you seen this “Waking Sleeping Beauty?” What did you think of it?

Jeremy has been a big Disney fan since he was a kid growing up during the Disney Renaissance. One day he hopes to go to every Disney Park in the world.
View all posts
Tags: disney, review, waking sleeping beauty