The upcoming Disney+ reboot of the 1980s classic “Turner and Hooch” has added four new actors to the new series, according to Deadline, Anthony Ruivivar (The Haunting of Hill House), Brandon Jay McLaren (The Twilight Zone), and Jeremy Maguire (Modern Family) has joined the new series as regulars.  With Becca Tobin (Glee) also set to appear in the series. 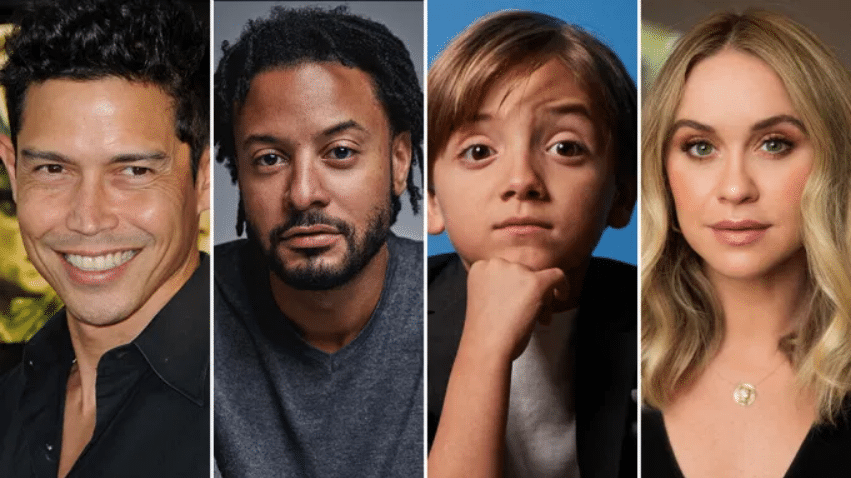 This new series will have 12 one hour episodes and will star Drake & Josh star Josh Peck in the lead role of U.S. Marshal Scott Turner, along with Lyndsy Fonseca, Carra Patterson and Vanessa Lengies.  With Matt Nix creating the show for 20th Century TV.

Much like in the original movie, the series focuses on Scott Turner, who is being played by Josh Peck, who is a U.S. marshal — versus the police detective played by Tom Hanks in the movie. When the ambitious, buttoned-up marshal inherits a big unruly dog, he soon realizes the pet he didn’t want may be the partner he needs.

Anthony Ruivivar will be playing Scott Turner’s Boss US Marshall Chief James Clark, who respects Scott, but is very uncomfortable around Scott’s new dog, the slobbery Hooch, who is actually quite fond of the Chief. However, when Hooch helps solve a case, Chief Clark has a change of heart and bends the rules to allow him to receive K-9 training.

Brandon Jay McLaren will be playing the role of Xavier Watkins, who is a marine-turned US Marshal. He’s cool and enigmatic and a bit quirky. As one of the most experienced deputies in the office, he has a lot to teach younger deputies like Scott Turner. Although he’s more of a cat lover, he finds a kindred spirit in Scott’s sidekick, Hooch.

Jeremy Maguire will play Matthew, Scott Turner’s nephew. He’s a dog lover who is thrilled to drop off the huge, slobbery Hooch with his Uncle Scott after Scott’s late father leaves Hooch to him.

With Becca Tobin playing the reoccurring role of Brooke, a federal prosecutor and Scott Turner’s ex-girlfriend. She comes from a wealthy family of powerful lawyers but downplays her wealth and status. She represents everything Scott thinks he wants out of life—she even likes his slobbering K-9 sidekick, even if Hooch occasionally chews on her legal briefs.

Are you looking forward to the new Turner and Hooch series?