Pixar picked up another award for Toy Story 4 at the Producers Guild Awards, for best animated feature. 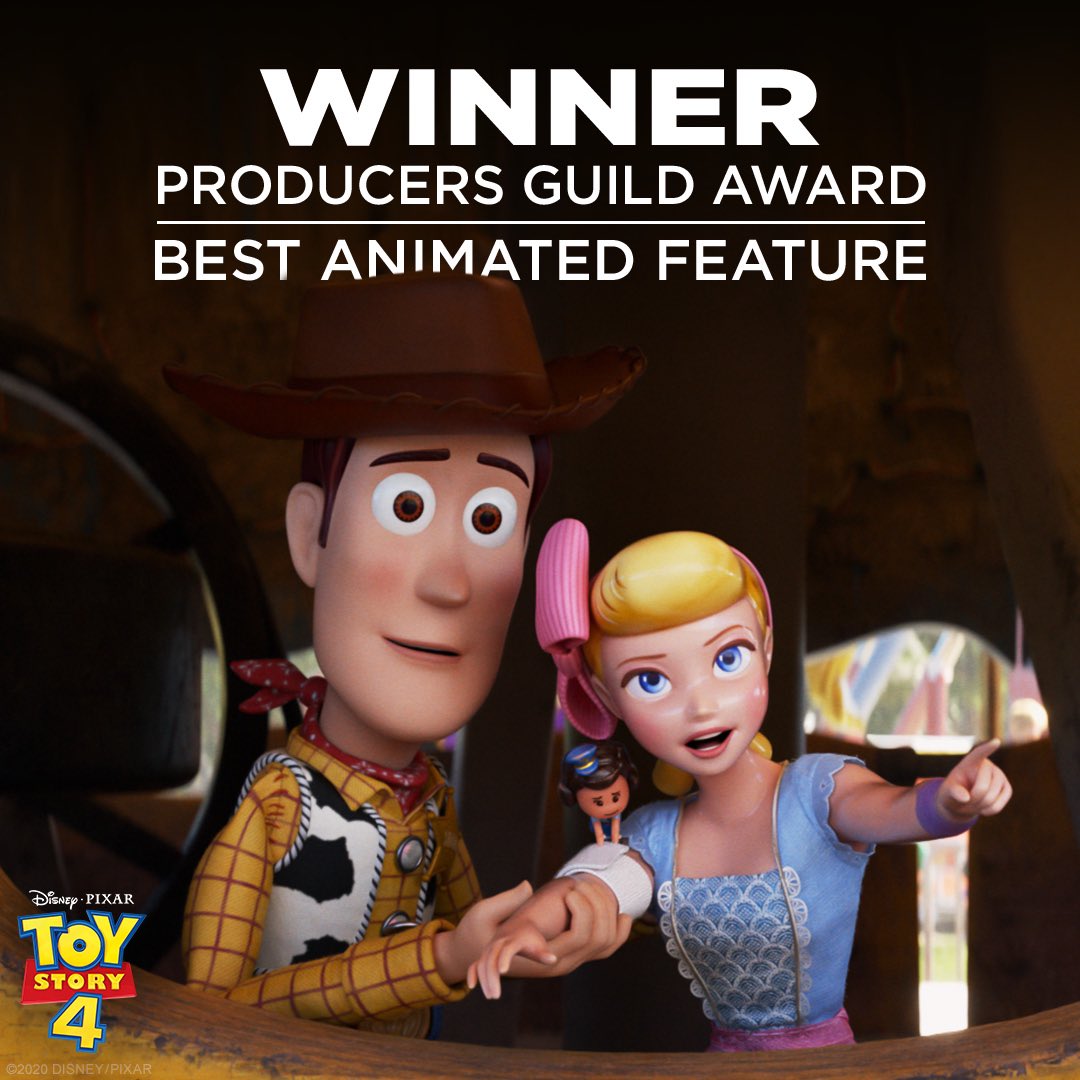 Disney also picked up the Innovation Award for its VR experience, Vader Immortal: A Star Wars VR Series – Episode I.

Toy Story 4 is coming to Disney+ on February 5th.

Roger has been a Disney fan since he was a kid and this interest has grown over the years. He has visited Disney Parks around the globe and has a vast collection of Disney movies and collectibles. He is the owner of What's On Disney Plus & DisKingdom. Email: Roger@WhatsOnDisneyPlus.com Twitter: Twitter.com/RogPalmerUK Facebook: Facebook.com/rogpalmeruk
View all posts
Tags: pixar, toy story 4