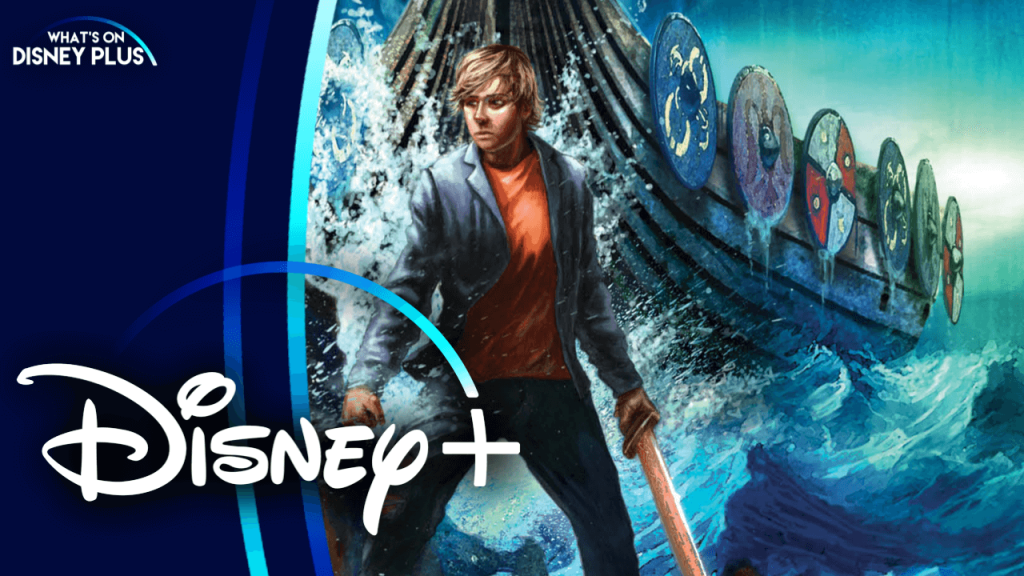 Ever since Disney was founded in 1923, Disney has been adapting fairytales and books. With some of their most notable films like “Mary Poppins”, “Peter Pan”, “Robin Hood”, and “Cinderella” are all based on books. With Disney+ adapting several books, including “Percy Jackson”, “The Graveyard Book”, and “Out Of My Mind”. So let’s take a look at twelve books and book series that Disney+ should adapt. 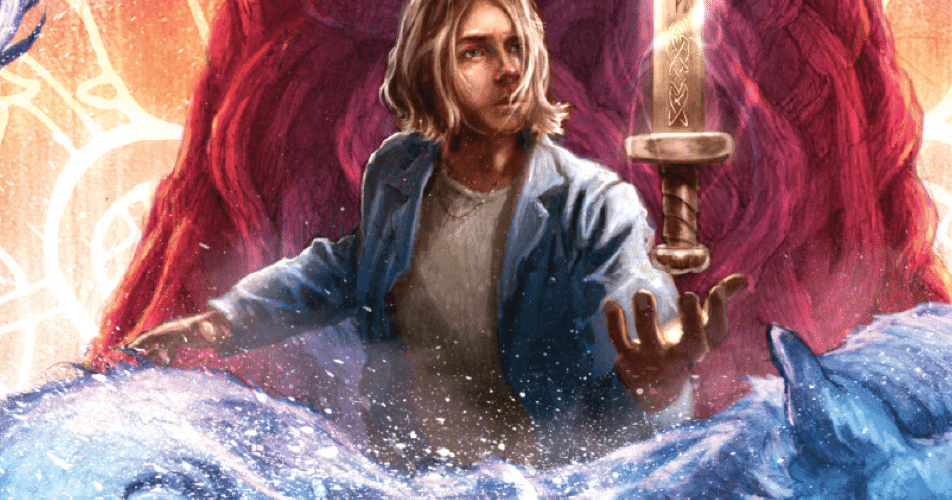 A children’s book written by famed British author Jacqueline Wilson, this book tells the story of a group of friends who are always staying at each other’s houses for their birthdays. One of the girls, Daisy, has a disabled sister called Lily, who gets bullied by one of the other girls (Chloe). This book screams “Disney movie” to me, and with Disney increasing their investment in content in the European market, especially Britain meaning, this children’s story could become a major original film for Disney+. 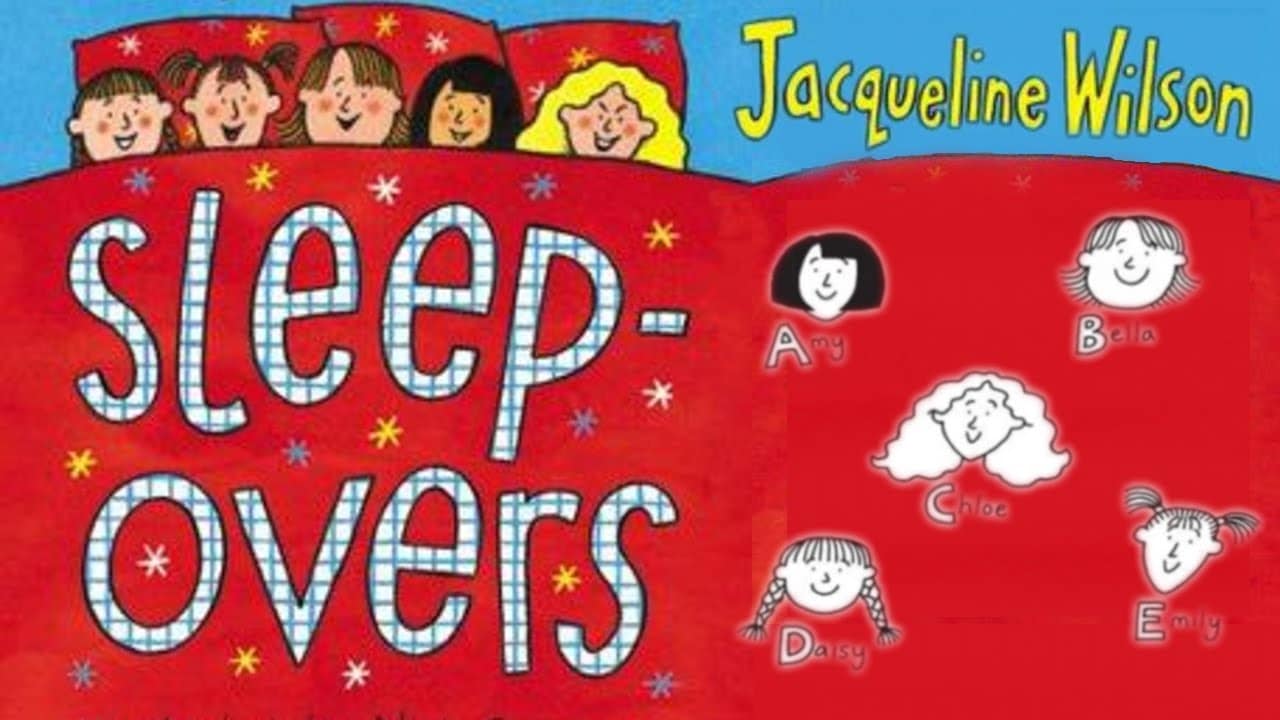 Number Ten: To Sleep In A Sea Of Stars

“To Sleep In A Sea Of Stars” is a science fiction novel by Christopher Paolini (author of “The Inheritance Cycle”). Which whilst being referred to as “Adult-Oriented” according to Paolini himself, the story would fit well with other science fiction titles on Disney+ like “The Orville”, “Avatar”, and the “Star Wars” franchise. “To Sleep In A Sea Of Stars” follows Kira Navarez, a xenobiologist who accidentally awakens an ancient nano technology known as the Soft Blade, which attaches itself to Kira’s body, leading to unforeseen consequences. “To Sleep In A Sea Of Stars” could become a significant science fiction television series for Disney+ and would be another series for slightly older audiences than your standard Disney Channel fair. Snoot Entertainment picked up the rights for this book, but Disney may acquire the distribution rights through 20th Century Studios. 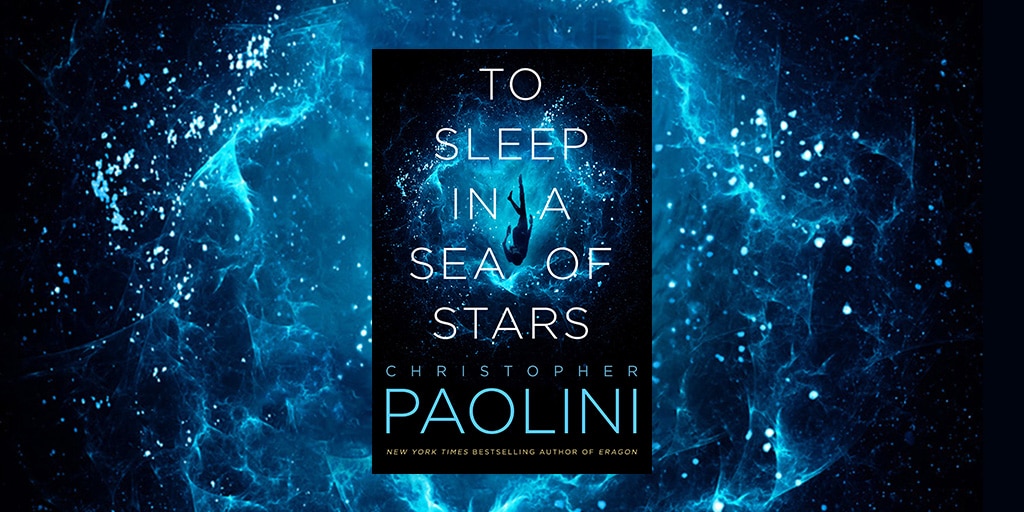 With the popularity of Netflix’s “Heartstopper” and Disney’s own “Love Victor,” there has been an increase in celebrating LGBTQ+ stories, and that’s why Disney should adapt “Heartbreak Boys”. After Jack and Nate are dumped by their exes Dylan and Tariq at the start of summer, they decide to fake having the best summer ever to get back at their exes, which teaches the boys to open themselves to get over heartache and new possibilities of love. With Disney+ now streaming “Love Victor” (In countries that allow it) and Netflix’s “Heartstopper” going from strength to strength, Disney+ is lacking a currently airing series aimed at the LGBTQ+ audience and “Heartbreak Boys” could be a perfect IP for such an adaption.

Number Eight: The Day I Fell Into A Fairytale

Now, this title just screams “Disney+ series or movie”. Lana and her brother Harrison loved playing games together until Harrison decided he was too old for games. Still, after a trip to the supermarket, Lana finds a magical portal to the land of fairytales. With the fairytale world in danger, Lana must try and convince Harrison to believe before it’s too late. This story feels like the type of fairytales Walt Disney and his famed animation studio cut their teeth on back in the 1930s and 1940s. Picking up the rights to “The Day I Fell Into A Fairytale” could be a massive win for Disney+ as they look for new content for their streaming service. 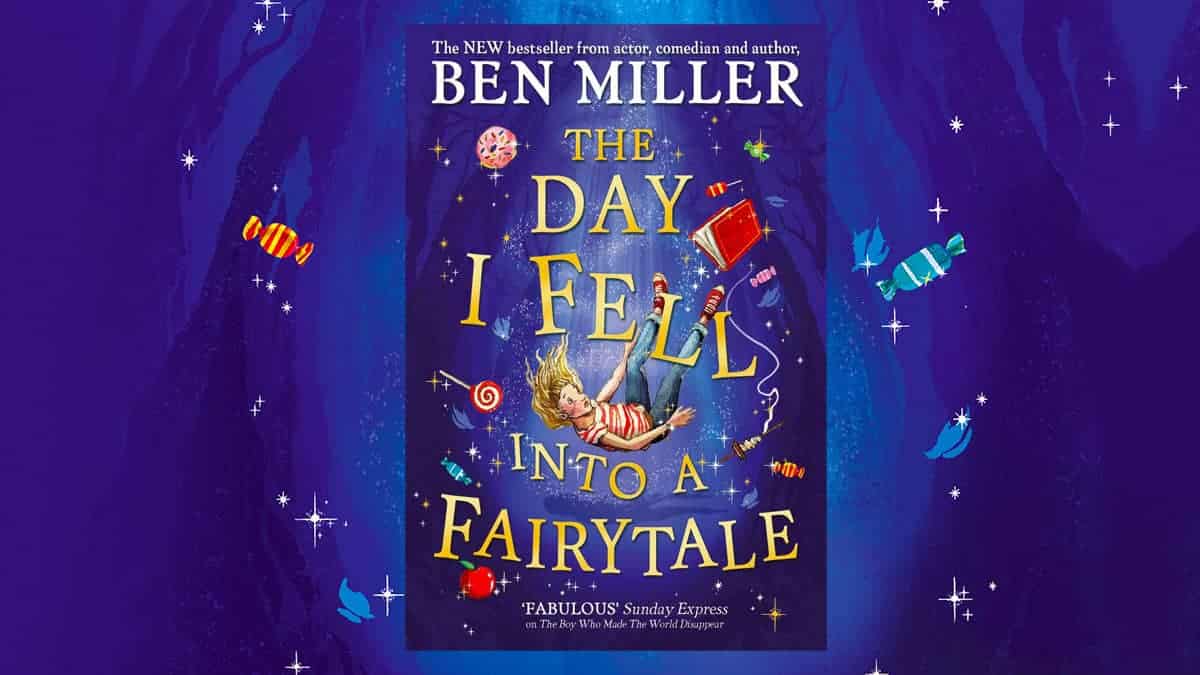 This book follows Sebin, a young tiger spirit from the Juhwang Clan who wants to join the Thousand World Space Force just like their Uncle Hwan. But when Sebin gets their acceptance letter, it’s left with a note claiming their uncle to be a traitor. After arriving for orientation, Sebin and three other cadets end up stuck on a ship with the crew unconscious and the communications down. This story would be huge for Disney+ especially as they need more fantasy series like “Percy Jackson” and “Eragon”, both currently developing for Disney+. 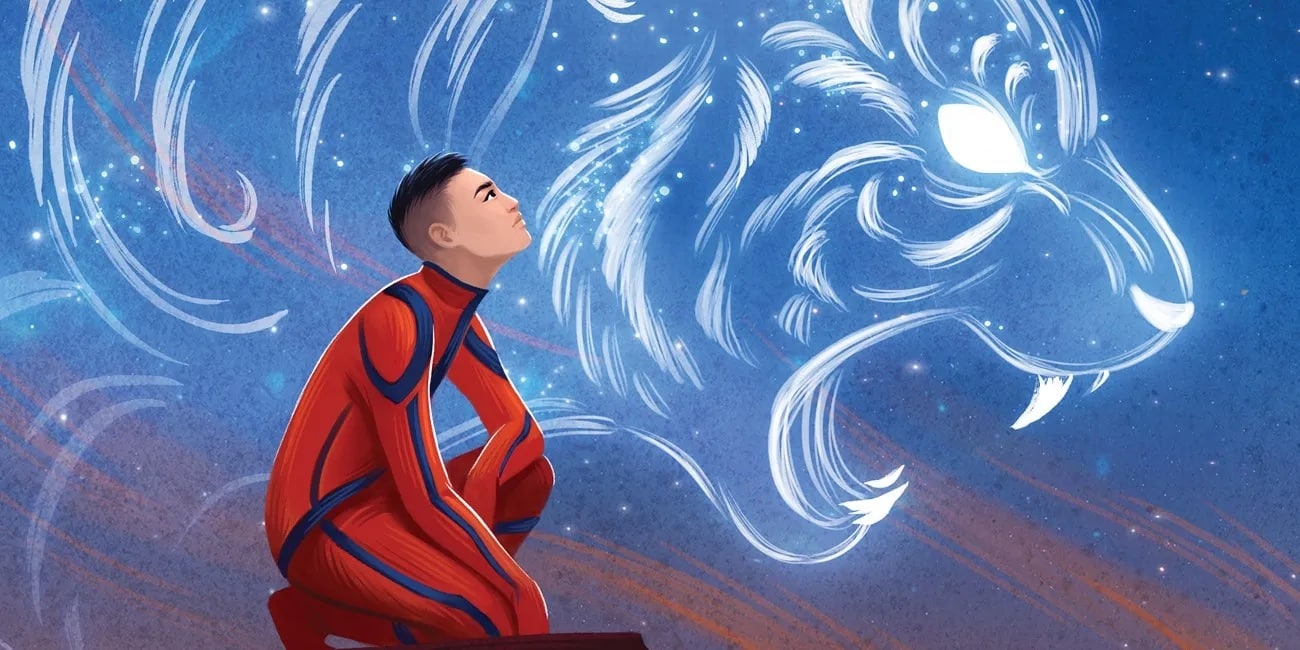 Here’s another book that would be huge as a Disney+ movie and series. This story follows the character of Sam, who has no friends and goes on strange adventures when she falls asleep. This story would help with the diversification of Disney+ original films, which currently are extremely hit or miss. This story, if adapted, could help children who struggle to fall asleep to believe that if they do close their eyes, they will go on many great adventures. 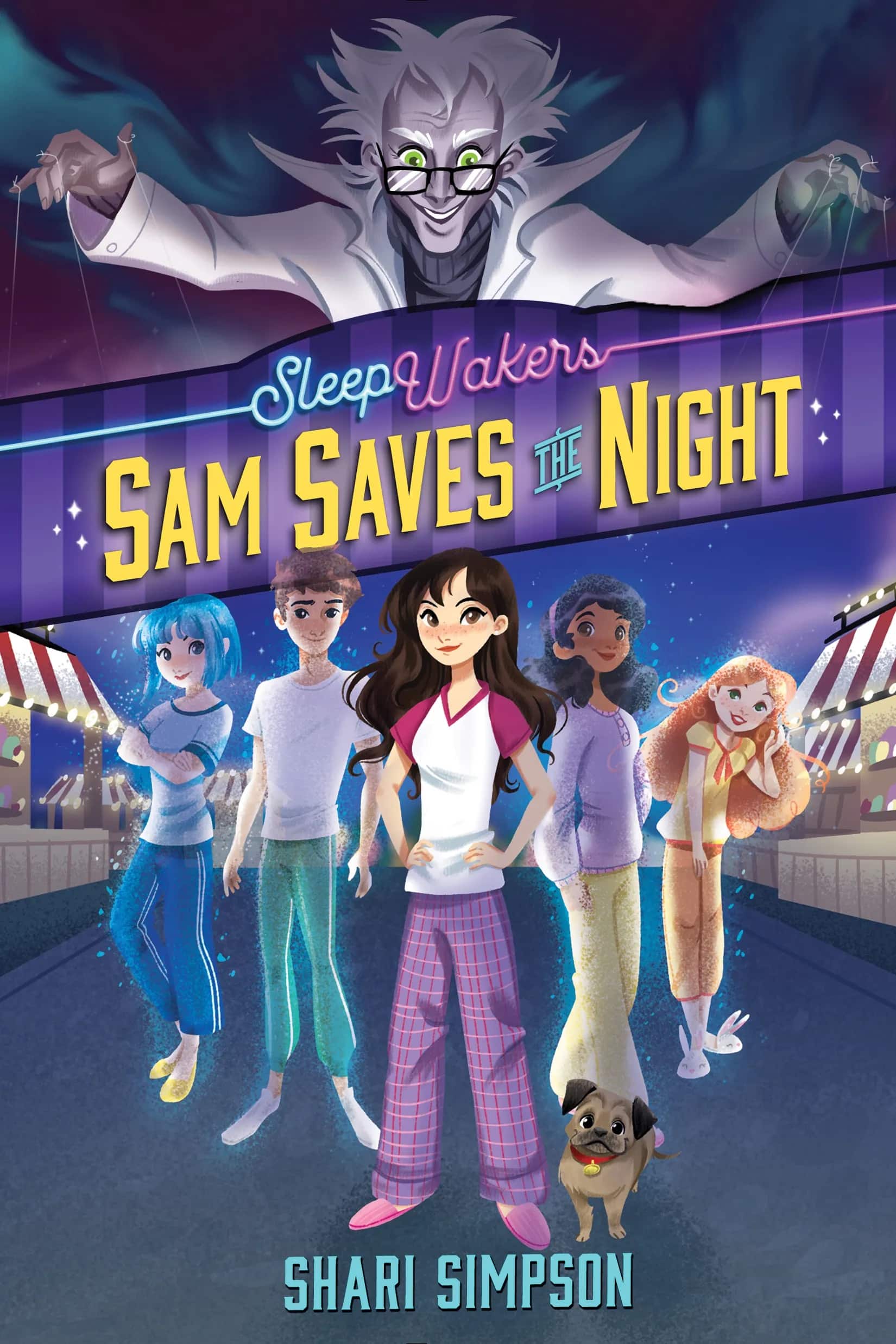 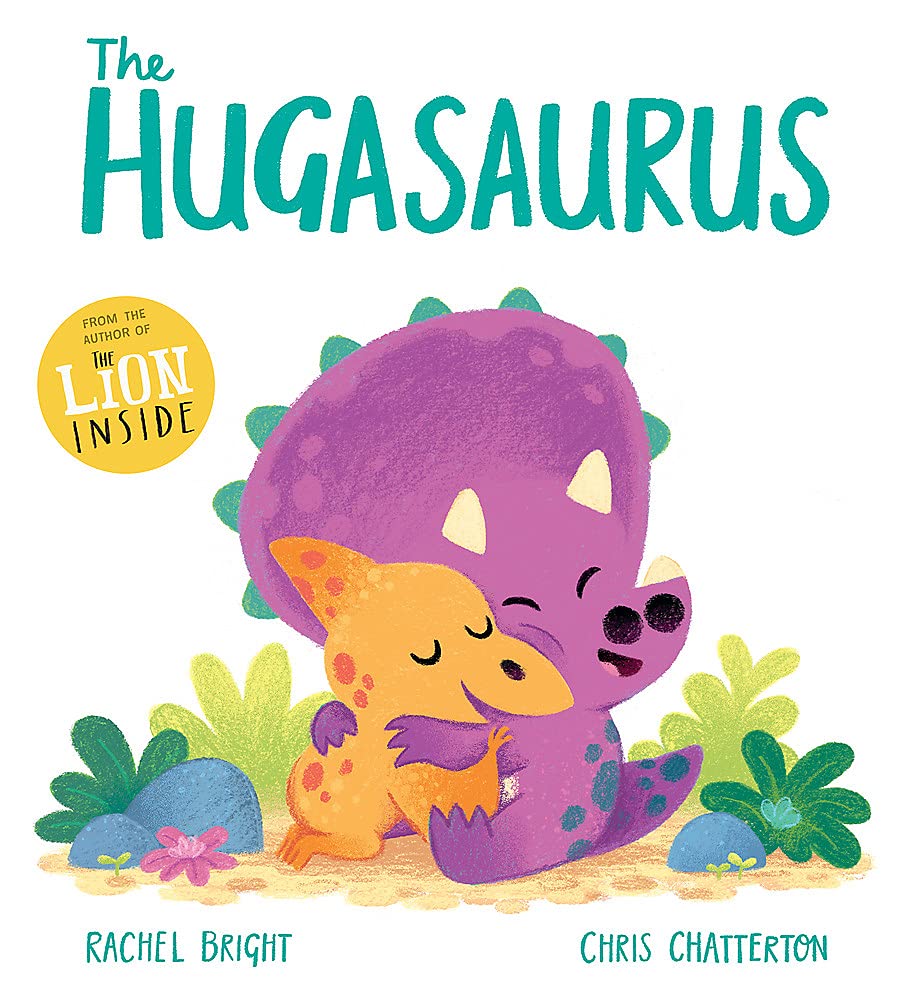 Ah, a book series about young girls and unicorns, this book series screams Disney and follows different protagonists within each of the twelve books. Disney+ could benefit from this franchise and could utilise it as a series of low-budget fantasy movies for Disney+ or as an animated or live-action anthology series with every season adapting one book or every film adapting one book. 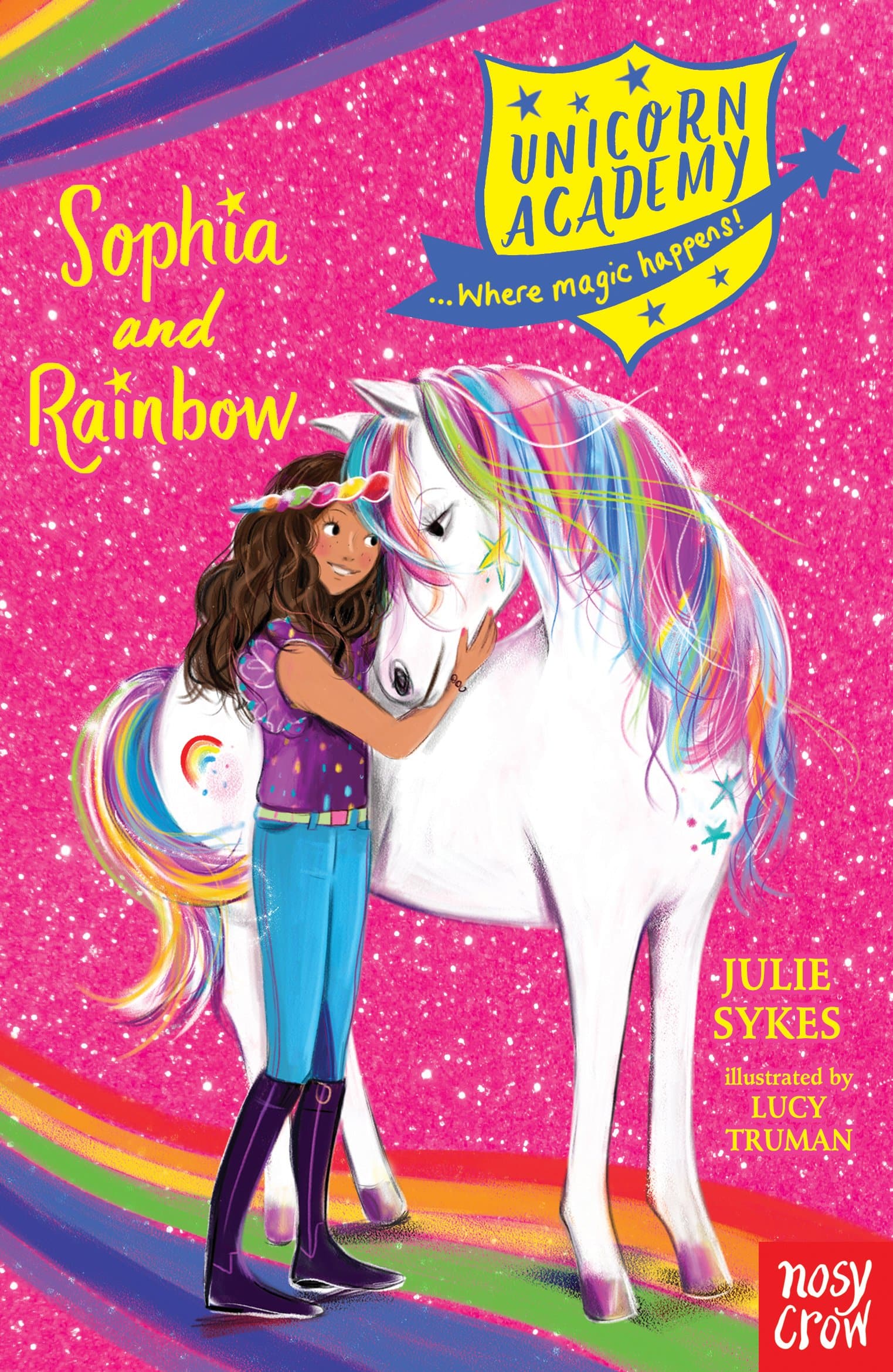 Number Three: The Girl Who Talked To Trees

This is a lovely story about a girl called Olive whose best friend is a 400-year-old oak tree, and it’s in danger. As she tumbles into the oak’s world, Olive makes a promise. She listens to stories from the tree. This book would work great as an animated anthology series and would be a series that could go on for many years by telling many different stories. This book was published in July 2022, so it’s relatively recent, so Disney+ should strike whilst the iron is hot. 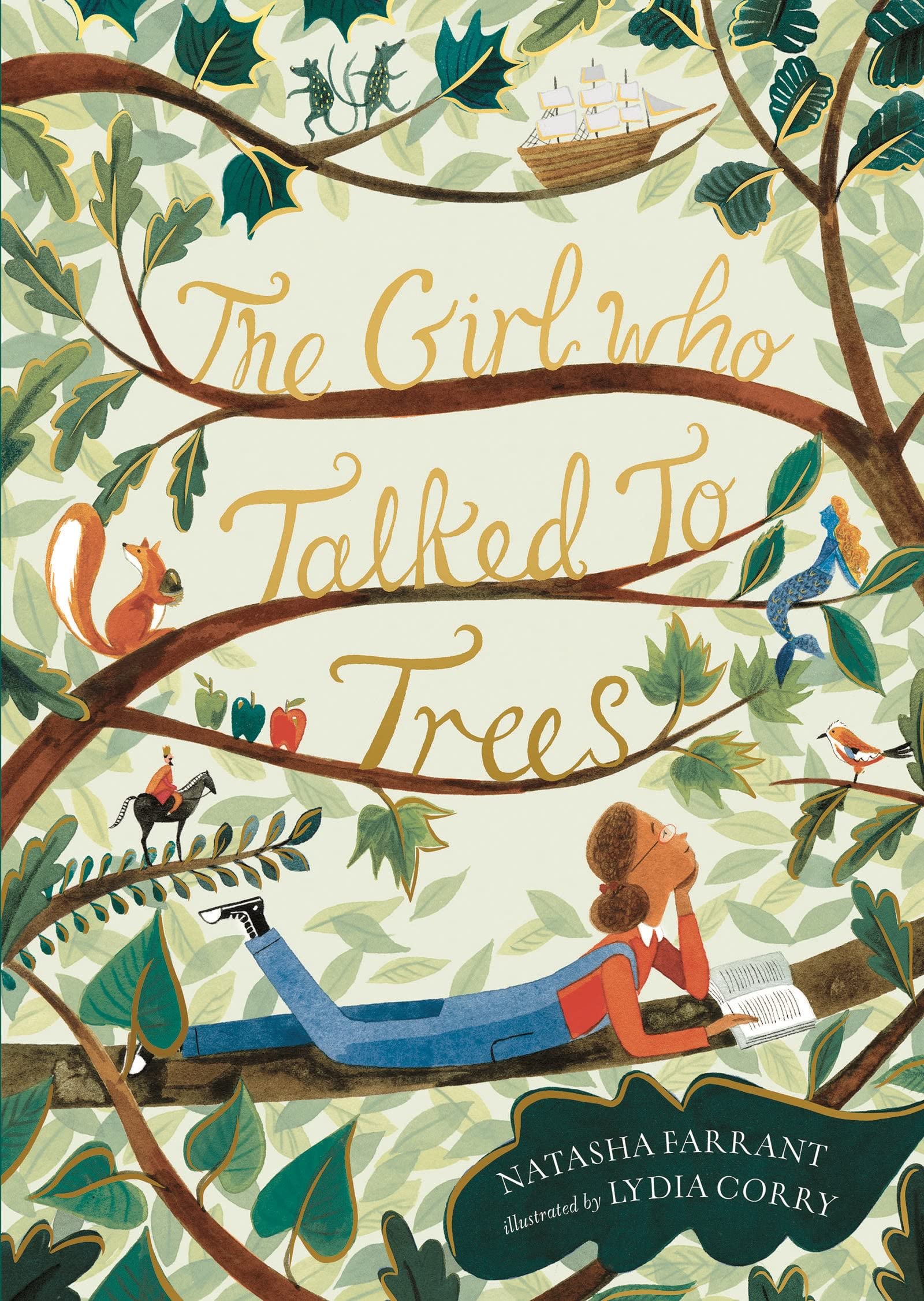 Franky can’t wait to move to his new town – although he wishes he didn’t have to leave his best friend Dani behind. But everything changes after the storm, when strange green lightning and powerful thunder crash down on the town. From that night on, the kids who live on Franky’s street start to change. Franky’s always wanted to be part of a fantastic gang just like his hero, super-spy Zack Danger! And soon, he realises that there’s a real danger in store for himself and his new friends, and so the Danger Gang is born. Disney loves making series and movies about kids with magic powers, so this book seems like a no-brainer for a Disney+ adaption. 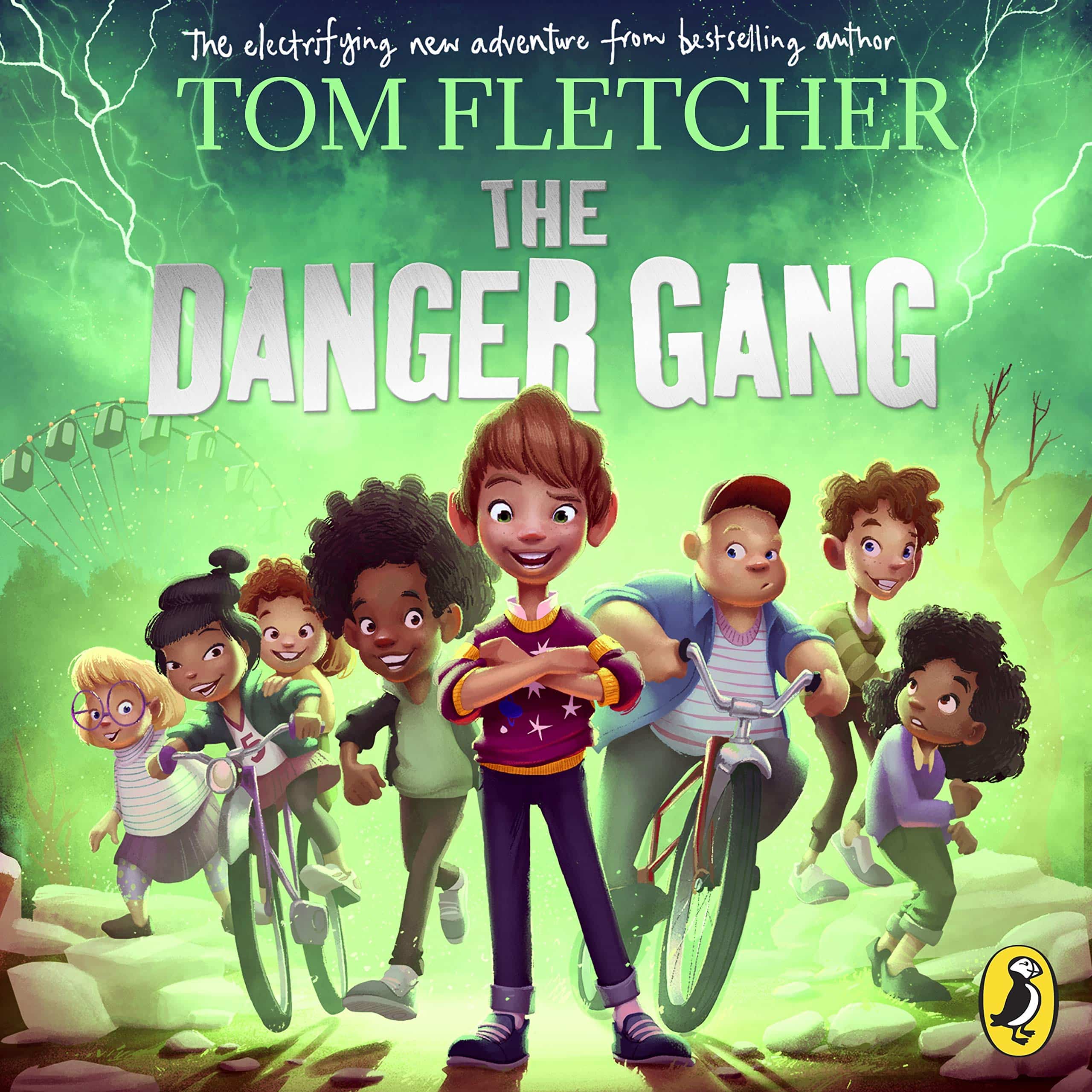 Number One: How I Became A Dog Called Midnight

George has always wondered what it’s like to be a dog, so after a mix-up, with a magic fountain, George swaps place with a dog called Midnight. This book would be an excellent fit for a Disney+ miniseries or movie, and I’m sure there are millions of people who would love to see such a film or series on Disney+. 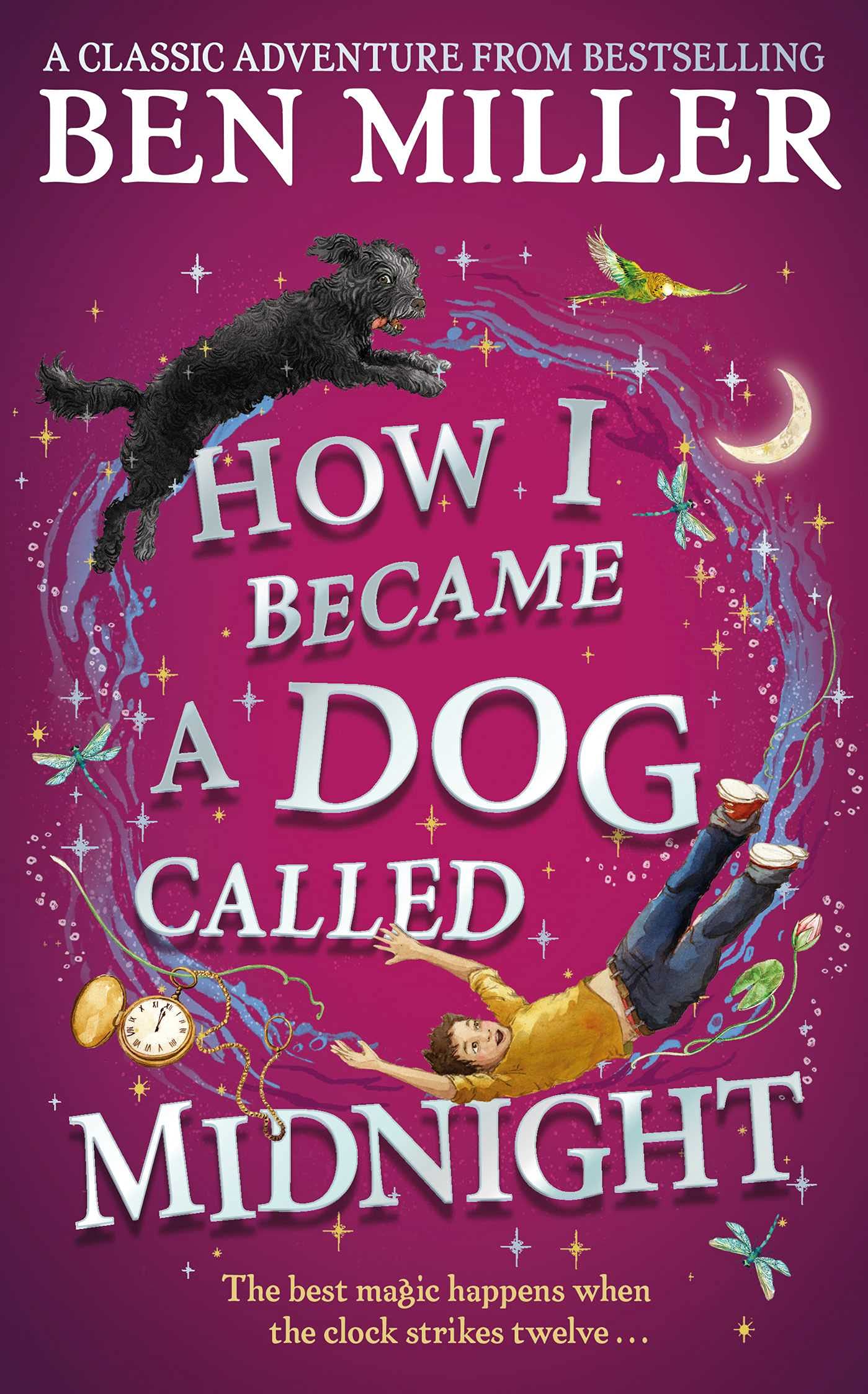 There are thousands of books that are ripe for Disney+ adaptions, but it all comes down to if Disney sees the value in acquiring such IPs and franchises. Disney+ has heavily invested in content focused on their pre-existing franchises, including “Star Wars”, “Marvel” and “High School Musical” but several of the books and series that are on this list are fairly recent and haven’t been adapted into TV series or movies and Disney+ could be losing out on a significant well of potential IPs that could bring new viewers to the Disney+ service.

As Disney+ looks to continue to attract new viewers and retain its large subscriber base, then picking up the film and television series rights to several book series and adapting them into content for the Disney+ streaming service.

What Do You Think? Would you like to see any of these titles adapted into Disney+ shows and movies?