Top 10 Movies & TV Shows Of The First Year Of Disney+ 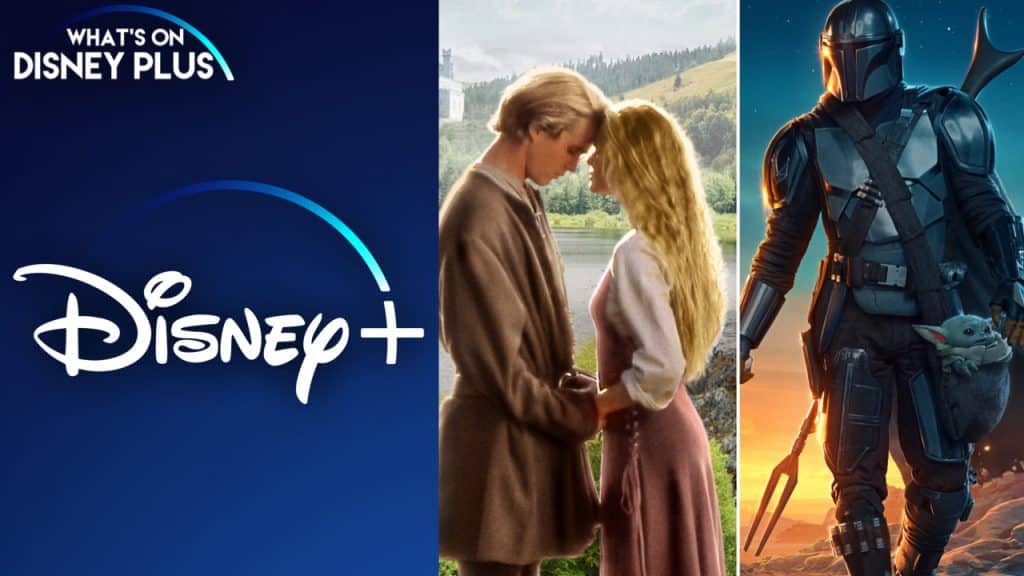 Top 10 Movies & TV Shows Of The First Year Of Disney+

This month, Disney+ celebrates its first anniversary and JustWatch has shared some data with us on the most popular movies and TV shows after Disney+ was live for a year.  This data is based on the websites 20 million users per month across 46 countries.

The Star Wars franchise is making up a huge part of the Disney+ catalogue by having three Star Wars shows ranking in the top 10 with “The Mandalorian” as the most popular show in general. It’s even twice as popular as the 3rd ranked show “Cosmos”. 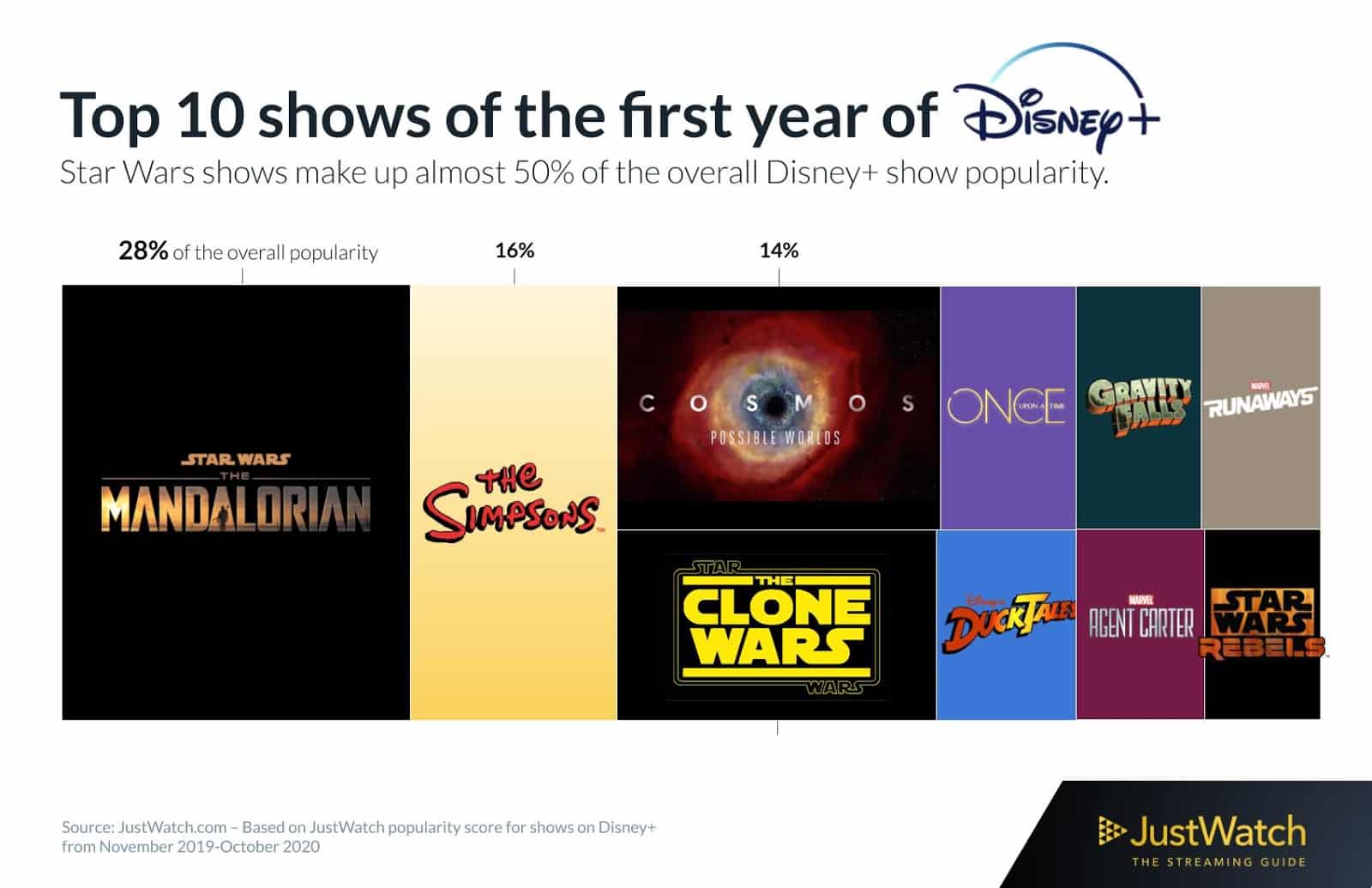 The top 10 movies are also influenced by the Star Wars franchise: “Star Wars: The Last Jedi” and “Star Wars: The Rise of Skywalker” are ranking in the top 10. The most popular movie is “The Princess Bride” closely followed by “Home Alone”. The difference in popularity is only 0.15% between the two. 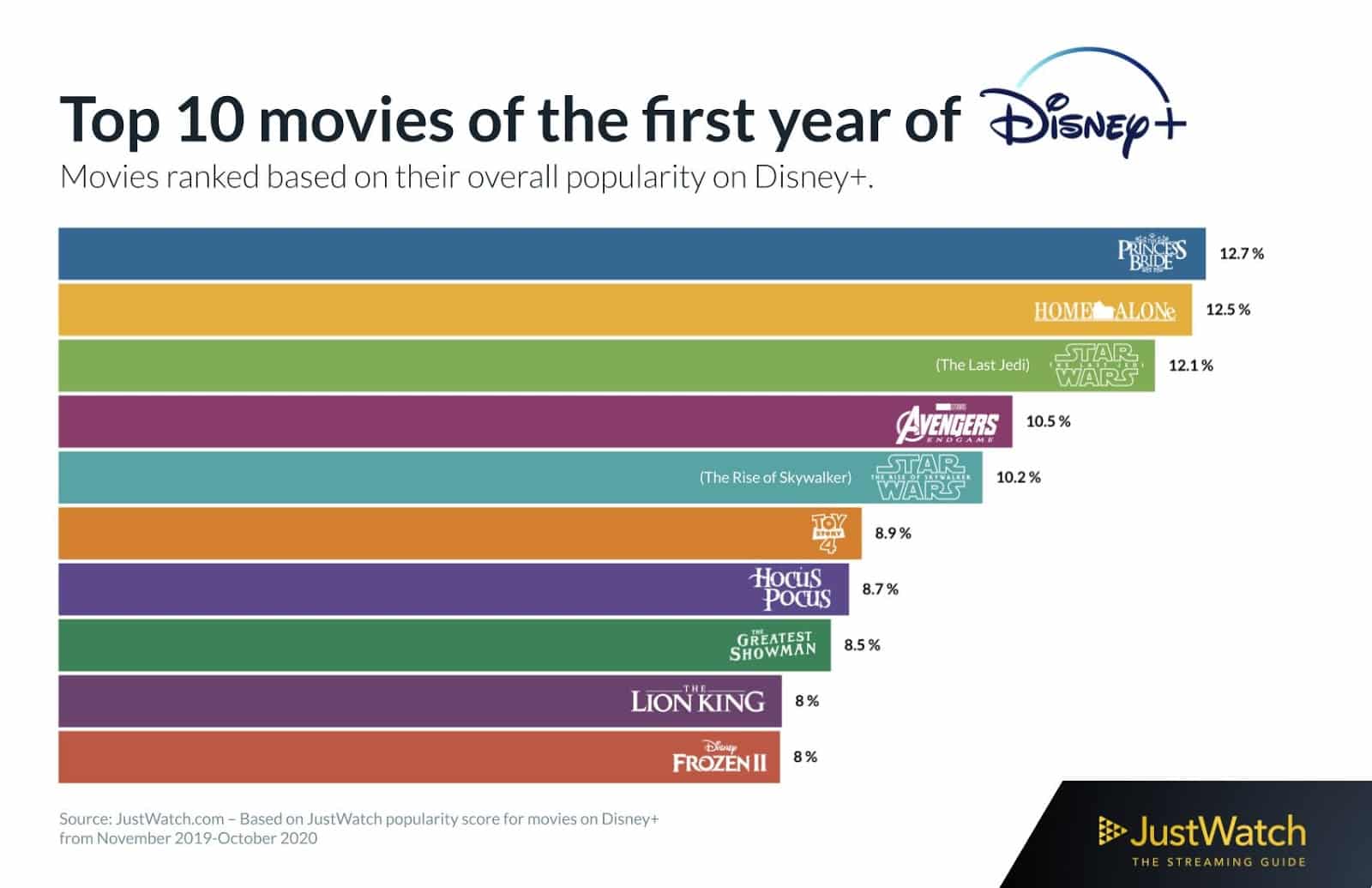 Do you agree with this data?