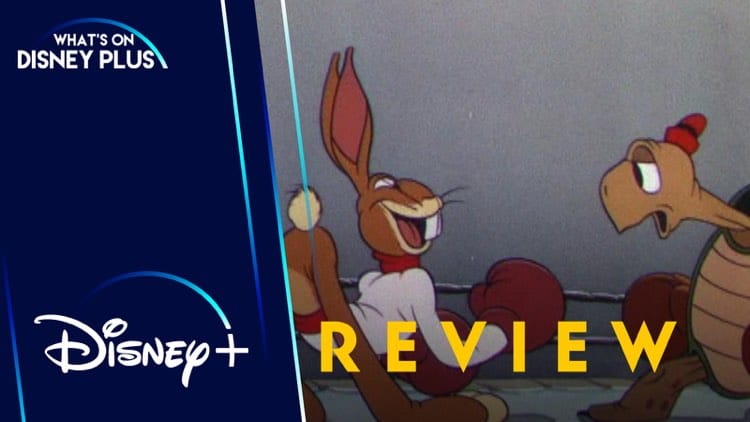 It’s round two of the battle between the tortoise and the hare as Toby Tortoise and Max Hare face off in a boxing match in the 1936 Silly Symphonies short, “Toby Tortoise Returns.” In the first round, Max Hare is beating up Toby Tortoise and almost wins, but the bell rings before Toby can be counted out. But, in round 2, Toby starts using his shell forcing Max to pour water and fireworks into the shell. This backfires as one of the fireworks takes Max Hare out of the arena and Toby Tortoise is, once again, declared the winner.

This is an intriguing way to tell the story of “The Tortoise and the Hare.” Most of us know the fable about how the hare is running fast, but gets cocky and loses the race to the much slower tortoise. Once again, Max Hare has the advantage in the boxing match, but gets cocky after dominating the first round. This time, it’s Toby Tortoise’s shell that helps him win which is a great way to incorporate the anatomy of a tortoise to help him win. Plus, the scenes with the fireworks were hysterical. I couldn’t stop laughing as Toby Tortoise got the better of Max Hare, whether it was on purpose or by accident. 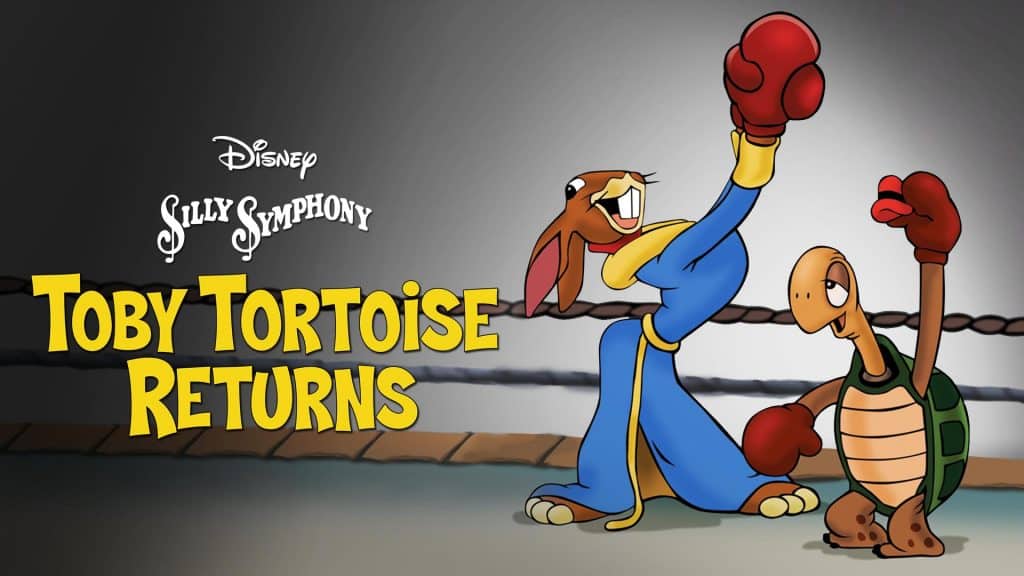 I’m really enjoying this trip through the 1930s Silly Symphonies shorts. It’s a fun throwback to the early days of animation and the early days of the Walt Disney company. Almost every short I’ve reviewed, so far, has been pre-“Snow White and the Seven Dwarfs.” I’m interested to see the evolution of the characters as animation changes and the company is able to spend more money on the craft.

This is a predictable story. If you know the fable, you know Toby has to beat Max. But it’s the journey to that conclusion that changes as the setting shifts from a race to a boxing match. The Walt Disney Animation Studios found an intriguing way to put a new spin on the classic tale and I’m happy to have seen it.

What did you think of “Toby Tortoise Returns?”

Jeremy has been a big Disney fan since he was a kid growing up during the Disney Renaissance. One day he hopes to go to every Disney Park in the world.
View all posts
Tags: disney, retro review, review, Toby Tortoise Returns, Walt Disney Animation Studios