One of the next Marvel Studios series heading to Disney+ is “She-Hulk”, which will star Tatiana Maslany as She-Hulk/Jennifer Walters, who is a lawyer who specializes in superhuman-oriented legal cases and gains her superpowers after a blood transfusion with her cousin Bruce Banner, aka the Hulk, who will be played by a returning, Mark Ruffalo.

Tim Roth is also set to be returning to our screens, who will be playing Emil Blonsky, aka Abomination, once again.  He originally starred as the main villain in the 2008 film “The Incredible Hulk”, who also recently made a cameo in “Shang-Chi And The Legend Of The Ten Rings”, where he provided some vocalisation for his character for the film.

Recently, Tim Roth spoke with THR about his upcoming film “Sundown” and was asked about why he returned to the Marvel Cinematic Universe, stating:

I did The Incredible Hulk [playing Emil Blonsky, aka Abomination] years ago, just because I thought my kids would be embarrassed by it. I did it for them and I really enjoyed making it. So when they came to me and said: “We’re adapting the She-Hulk thing. Can you come back as that character again?” I was like, sure. It should be fun. I was very surprised though because it was difficult at first. It was only when Mark Ruffalo came in to shoot his stuff [reprising his role as Bruce Banner] that I went: “Oh, that’s how you do it! With a sense of humor!”

In the same interview, Tim Roth was asked about his career, from doing films like “Sundown” and the upcoming Disney+ She-Hulk series:

Not really. It’s an utter mess. And, you know, I like it that way. I never know what’s coming. The only thing I think about is: there are films that pay the rent and look after the life that I have. And pay for films like this one [Sundown], the ones I do for love. They can overlap, which is extraordinary. But, no, I have to do things that will look after the family and all that stuff. And then I have playtime to do stuff for love. I don’t have any game plan. I don’t know what’s coming. 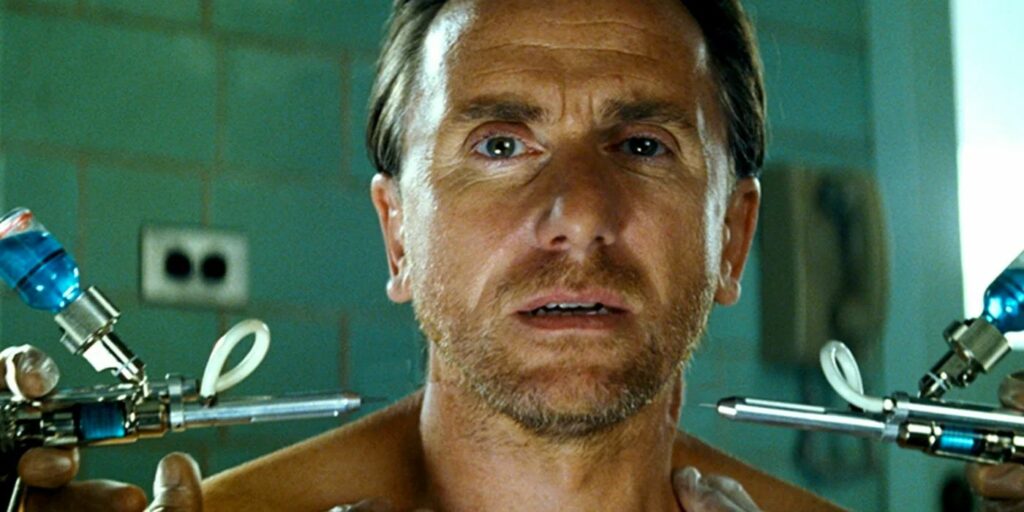 Hopefully, the upcoming “She-Hulk” series is one of the projects he’s doing for love, but everyone has bills to pay!

Filming has been taking place in Atlanta earlier this year, and the new Disney+ will also star Jameela Jamil, Renée Elise Goldsberry and Ginger Gonzaga.  No release date has yet been announced for when “She-Hulk” will be released on Disney+, but it should be expected in 2022.