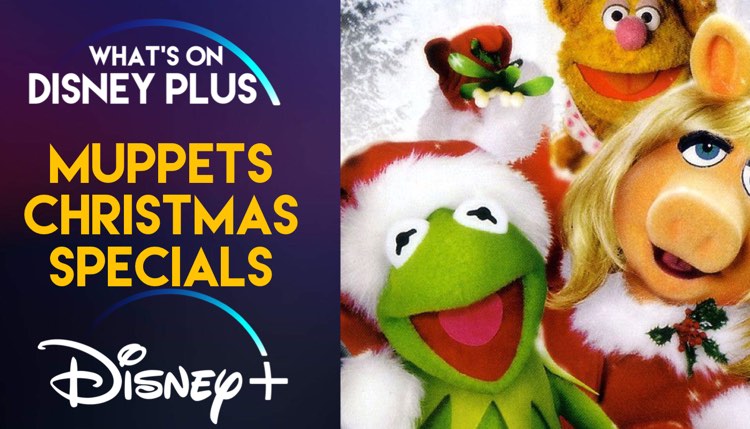 As we wind down the year, Christmas is fast approaching and with it come Christmas specials. Two things in life I love are Christmas and The Muppets. I also love to see them melded together. “A Muppet Christmas Carol” is one of my all-time favorite Christmas movies, and one of my all-time favorite versions of “A Christmas Carol.” Plus, earlier this year, Disney+ announced “The Muppets: Letters to Santa” will be added in November. While I enjoy that special, it’s kind of middle of the road and I think the Muppets can do better. Plus, the Muppets have some other Christmas specials I would like to see added to Disney+ in the future.

This is just the Muppets’ take on “It’s a Wonderful Life.” The version with Jimmy Stewart is the most iconic, but this story has been told on countless TV shows and Christmas specials including this one by the Muppets. And, I have to say this version is my favorite version. Sorry fans of the original, but I really enjoy this version. I think it’s one of the better TV special outings for the Muppets. The issue is this was originally produced and distributed by NBC Universal and actually features an NBC logo in it. That can be edited out, as it was when it was broadcast on the CW. But, I don’t know if NBC Universal will be willing to sell the streaming rights to Disney. I hope they can work out a deal, but I won’t hold my breath. In this 1980s special, the Muppet Show gang goes to visit Fozzie’s mother for Christmas not realizing she has plans to spend Christmas in Malibu and has rented out her home. The trouble with this special is that it features characters from Sesame Street and Fraggle Rock. While both are connected to Jim Henson Studios, neither is owned by Disney. The Mouse House will need to shell out some money for this to appear on the service. I hope they do, even if I don’t think they will. I would love to see the Muppets take on a brand new Christmas special. We already got a Halloween special with “The Muppets Haunted Mansion,” and while I would never assume it is good for everybody, I think it’s the best thing the Muppets have done since “The Muppets” in 2011, and quite possibly, as far back as “Muppet Treasure Island.” I think a Christmas special would be a perfect addition. It would show the company is putting more of a focus on the Muppets and help build them up as a brand. This is the most likely to happen, just because Disney would have full control over everything and we all know Disney likes to be in control. That’s my list. I know there are other Muppets Christmas specials out there. Which would you like to see make it onto Disney+?

Jeremy has been a big Disney fan since he was a kid growing up during the Disney Renaissance. One day he hopes to go to every Disney Park in the world.
View all posts
Tags: disney, muppets