This is your typical father can’t let go of child story. They aren’t exactly breaking new ground with the plotlines, but in this 8-minute short format, it works really well. Mickey is truly funny here as he tries to oversee everything Gubbles does. You can feel the embarrassment of Gubbles as Mickey tells him he loves him, makes a heart on the window and won’t let Gubbles out of his sight. How many of us have been in situations where our parents embarrassed us just by showing us how much they love us? How many parents have accidentally embarrassed their kids just by trying to show them love? It’s relatable and it works. 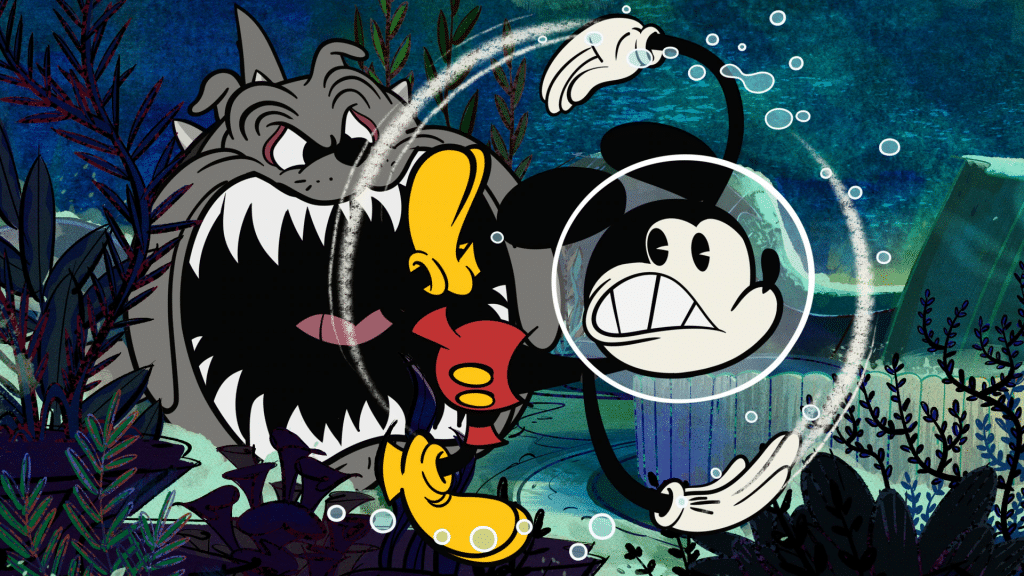 I do wish there were more of the core group of Mickey and friends seen here in this episode. Minnie, Donald, Goofy and Pete all show up in Mickey’s dream sequence. Maybe one of them could’ve had a different type of fish as a pet that was also going to school so we could’ve seen more interaction. My personal pick for this short would’ve been Pete. He could’ve even raised a fish that served as either a bully or an unlikely friend for Gubbles. But, this short needed a little something more. I know I’ve been critical of Goofy’s animation, but even more of his presence would’ve helped, even if he wouldn’t have been my choice.

This has been my least favorite of the episodes so far, and I still really liked it. There’s something special in this series of short that I, genuinely, love. I’m excited to see what the rest of this season has to offer.

Jeremy has been a big Disney fan since he was a kid growing up during the Disney Renaissance. One day he hopes to go to every Disney Park in the world.
View all posts
Tags: “The Wonderful World of Mickey Mouse”, disney, Disney+ Original, review, School of Fish