The Wonderful World of Mickey Mouse: Just the Four of Us Review

What's On Disney Plus > Blog > Brands > Disney > The Wonderful World of Mickey Mouse: Just the Four of Us Review

The Wonderful World of Mickey Mouse: Just the Four of Us Review

Donald and Daisy Duck are trying to avoid another double date with Mickey and Minnie Mouse in “Just the Four of Us,” the latest episode of the Disney+ Original Series, “The Wonderful World of Mickey Mouse.” While trying to avoid another double date, Donald tells Mickey that he and Daisy are sick, which leads to Mickey and Minnie coming over to help take care of them. It leads to a horror themed short where Donald and Daisy are constantly on the run and Mickey and Minnie keep arriving in scary situations similar to “Friday the 13th” or “The Texas Chainsaw Massacre.”

This is the first episode to put more of the emphasis on someone other than Mickey. Most of the short focuses on Donald and Daisy with Mickey and Minnie shifting to supporting roles. I love that. I understand Mickey Mouse is the primary focus of the series, but it’s great that other characters get episodes where they are the focus. On top of that, I’m a huge fan of slasher films, so I love seeing the vibe this episode gives off with Mickey and Minnie being something horrible that Donald and Daisy must try to escape. 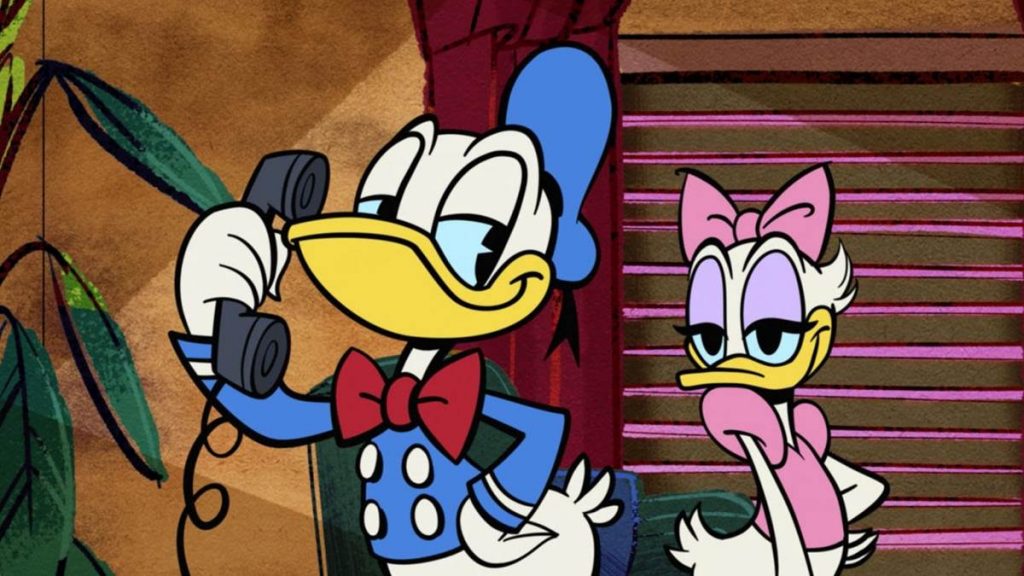 I really enjoyed Goofy’s appearance in this short. I have no clue why he snuck into Donald and Daisy’s home to take a shower, but I love that he appears, tells Donald what he’s doing and Donald only has time to tell Goofy that he didn’t see Donald which leads to confusion and fear for Goofy. Goofy, being the goof that he is, is scared that he’s going crazy because he sees Donald but Donald says Goofy didn’t see him. While we all understand what Donald means, Goofy takes him literally and that makes his appearance amazing, even if it doesn’t make sense in the context of the short.

Once again, another great short for this series. I, absolutely, love this series. I have few complaints, and most of the ones I have are contained to Goofy’s animation. If that’s my only complaint, this is a great series. I love watching it. I love reviewing it. I hope the rest of you are loving it too.

Jeremy has been a big Disney fan since he was a kid growing up during the Disney Renaissance. One day he hopes to go to every Disney Park in the world.
View all posts
Tags: “The Wonderful World of Mickey Mouse”, disney, Disney+ Original, Just the Four of Us, review