Mickey Mouse must give Pluto his flea pill before the dog becomes overrun with fleas in the third episode of the new Disney+ Original Series, “The Wonderful World of Mickey Mouse.” This 8-minute short, titled “Hard to Swallow,” focuses on Pluto not wanting to eat his flea pill because it tastes bad, but finally giving in after the fleas start attacking him. It’s a very cute short that provides a nice look at the lives lived by Mickey Mouse and Pluto.

There is some great comedy worked into this episode with Mickey’s efforts to get Pluto to swallow the pill and Pluto’s efforts to avoid swallowing something that tasted so bad. One of my favorite parts was the Easter egg to “Gulliver’s Travels.” In the scene, the fleas have reached Pluto and grab him and tie him down so they can start feasting on him. It’s a nice way to pay homage to a literary and film classic. It carries some extra weight featuring Mickey Mouse and Pluto as it’s two classics paying homage to another classic. 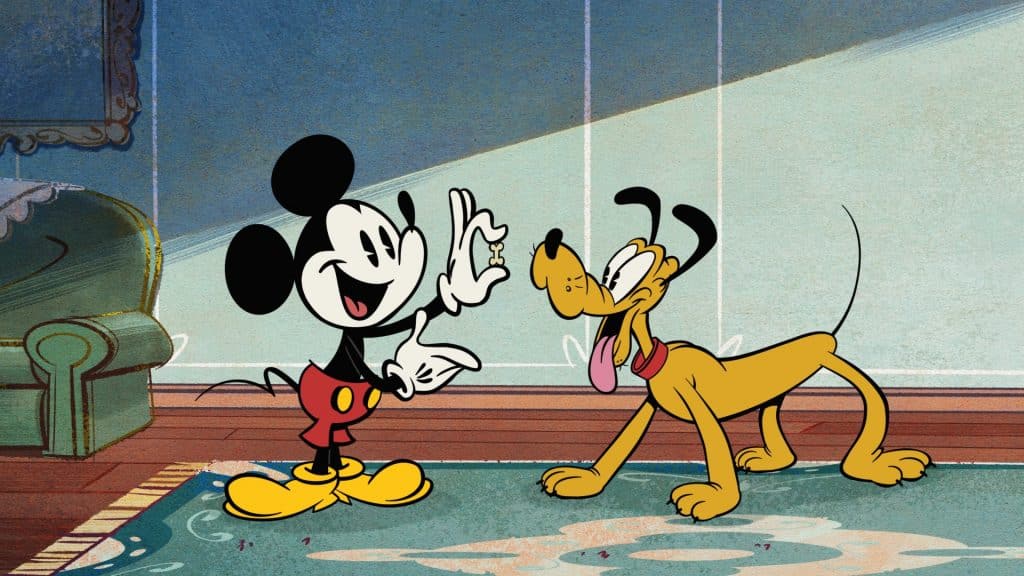 This short was less distracting than the first two in the series. That’s because Goofy doesn’t appear for very long in the short. He’s relegated to a cameo here. While I love Goofy, the style they use to animate him in this series isn’t very representative of the Goofy we’ve known and loved for more than 80 years. This series is well animated overall, but Goofy’s animation isn’t that good. I don’t like it. He’s distracting in this series of shorts. It’s something I’ll have to deal with, but I’m not, personally, fond of it.

Despite not liking Goofy’s animation, I like the series overall. I loved seeing Minnie having the same problem at the end of this episode and calling Mickey for help. I love the interactions from Mickey and Pluto. I loved seeing Mickey trying to fight the fleas to get Pluto the pill he needs. This is the third short I’ve seen and it’s the third short I’ve liked. This is Disney at its best, giving us good Mickey Mouse content. And, I’m here for it.

Jeremy has been a big Disney fan since he was a kid growing up during the Disney Renaissance. One day he hopes to go to every Disney Park in the world.
View all posts
Tags: “The Wonderful World of Mickey Mouse”, disney, Disney+ Original, review