The Wonderful World of Mickey Mouse: An Ordinary Date Review

The Wonderful World of Mickey Mouse: An Ordinary Date Review

It’s a case of Murphy’s Law as Mickey and Minnie are trying grand gestures to tell each other how they feel in “An Ordinary Date,” the latest episode of the Disney+ Original Series “The Wonderful World of Mickey Mouse.” While Mickey’s and Minnie’s plans keep going wrong, it’s Donald, Daisy, Goofy and Clarabelle that suffer the consequences from those gestures misfiring. Eventually, Mickey and Minnie just end up at a dining table and telling each other they love each other, something they should’ve done from the beginning.

This is one of the more hilarious episodes of this series so far. Every time something went wrong and it backfired against the other four, I belly-laughed. This is the most fun episode of the series for me. Whenever Donald and Goofy would set up a grand gesture to show how much Mickey loves Minnie, it would be the gesture from Minnie that would destroy Mickey’s gesture and prevent either of them from seeing them. And, whenever Daisy and Clarabelle would set up Minnie’s grand gestures first, the same would happen to them. It was predictable, yet still hilarious. 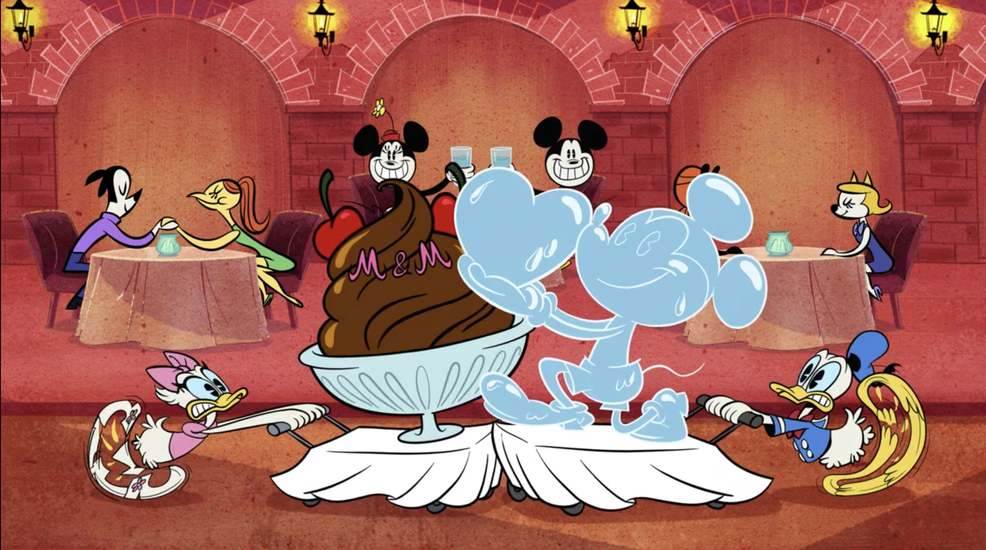 I think this has been the best use of Mickey and Minnie’s friends so far. You can see the loyalty from Donald, Goofy, Daisy and Clarabelle. They have always been great friends to Mickey and Minnie and their willingness to keep helping despite the obvious problems with each gesture. They are clearly getting frustrated, and Daisy is ready to quit, but the four of them stick it out to help their friends. I love seeing that.

I want to see more episodes like this. In my opinion, this series keeps getting better. I’ve loved every episode so far, and I foresee me loving most of the ones going forward. This series of shorts has me hoping that Disney+ will release more Mickey and Friends movies. They may not be worthy of theatrical releases, but I would love to see feature length Disney+ Original Mickey Mouse movies. Until then, I’ll sit back and enjoy these shorts.

What did you think of this latest episode of “The Wonderful World of Mickey Mouse?”

Jeremy has been a big Disney fan since he was a kid growing up during the Disney Renaissance. One day he hopes to go to every Disney Park in the world.
View all posts
Tags: “The Wonderful World of Mickey Mouse”, An Ordinary Date, disney, Disney+ Original, review