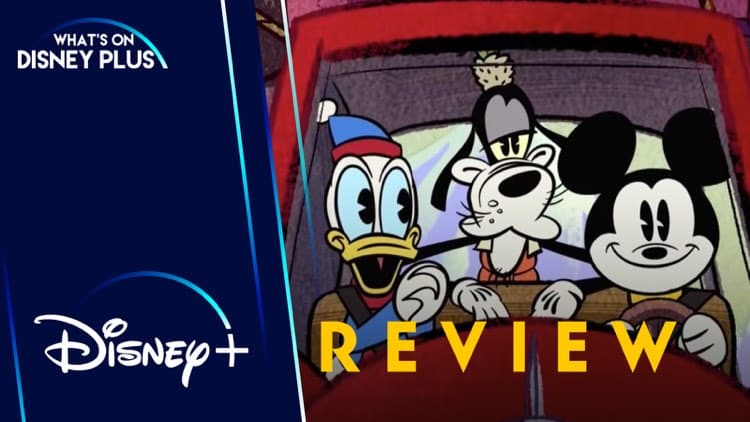 Mickey Mouse and friends are back for the second season of “The Wonderful World of Mickey Mouse.” Instead of releasing two shorts per week; this season, the shorts are being separated by season with three shorts put together to make a 25 minute episode. The first of these episodes focuses on winter in “The Wonderful Winter of Mickey Mouse.” The three shorts that make up this episode involve Mickey, working as a janitor, dreaming of making a snowflake, but accidentally making a dangerous one. He has to turn to his janitorial skills to save a town that is in the direct path of the snowflake. In the second short; Mickey Donald, and Goofy are going to a ski cabin but get trapped by an avalanche. Goofy gets claustrophobic and that leads to the trio finding unique ways to escape the snow. Finally, Mickey and Minnie are trying to put on an ice dancing performance for their fans but others on the ice keep getting in their way.

My favorite of these shorts is easily the second one. While I’m not a fan of how Goofy is animated in this series, he shines through in this short. Between his claustrophobia and his delusions where he thinks he sees a fur coat, but it’s really a bunch of woodland creatures, he is the funniest part; as Goofy usually is. It’s great to see how Mickey and Donald are trying to free the trio while Goofy is having his delusions. And it’s a thrilling ski chase down the mountain as the cabin is now skiing and the avalanche has started chasing it all the way to the ski lift and back down the mountain. I love how they manage to continue the short after the cabin escapes the avalanche by having Goofy tell the snow that it was going down the wrong side of the mountain, so it immediately changed course to chase the cabin again. It’s easily my favorite short in this series and the first time I’ve been excited to see Goofy for long periods of time during this animation scheme.

My least favorite was the final short. That being said, it was still hilarious and I loved seeing it. I enjoyed seeing Mickey and Minnie want to put on a show for their fans, but are unable to do so due to an ice fishing Goofy, a hockey team or even a Zamboni. Meanwhile, Minnie is ready to stop for the day because her feet hurt. But when Mickey becomes overwhelmed by everything standing in their way, Minnie steps up and encourages him to continue the show. It’s a great short, it’s just my least favorite of the three.

The first short fell in the middle for me. I liked seeing Mickey Mouse dream about creating a snowflake but his boss not want him to be more than a janitor. He was going to prove his point. And, even though his snowflake was going to be dangerous if it fell on its own, he used his janitorial skills to break it up and create the greatest snowfall his boss has ever seen. It’s fun. It’s a solid short.

I like how Disney is creating this season. While I enjoyed seeing the shorts each week during the first season, I think it makes more sense to put a few of these shorts together to make one long episode. I just wish there would be more than four episodes to do that. But, if they only have enough for four episodes, I’m all in favor of them labeling them by season to make them stand out.

What did you think of “The Wonderful Winter of Mickey Mouse?”

Jeremy has been a big Disney fan since he was a kid growing up during the Disney Renaissance. One day he hopes to go to every Disney Park in the world.
View all posts
Tags: “The Wonderful World of Mickey Mouse”, disney, Disney+ Original, review, The Wonderful Winter of Mickey Mouse, Walt Disney Animation Studios