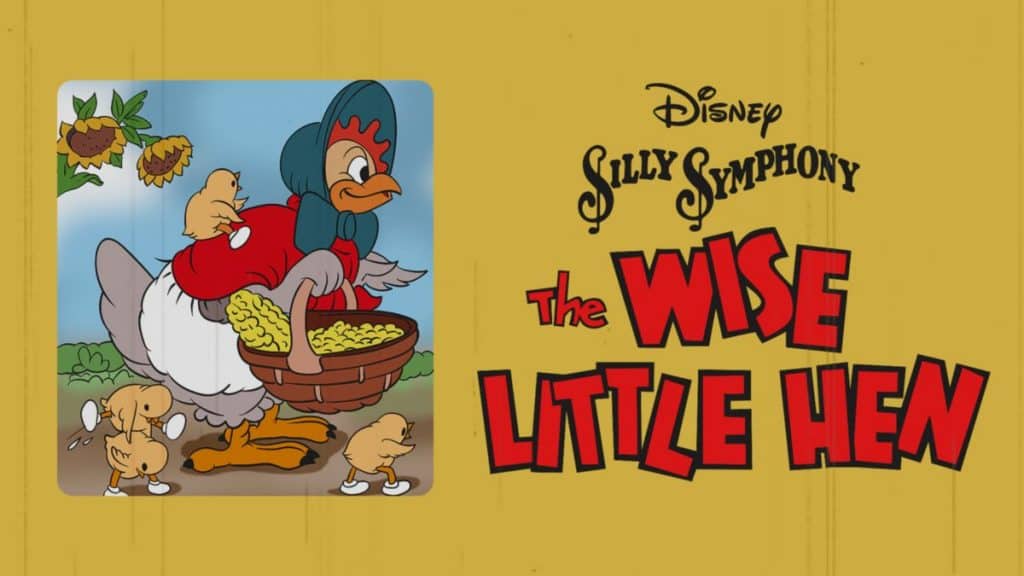 A hen wants help with planting corn, but Peter Pig and Donald Duck both fake bellyaches to get out of helping her in the 1934 Silly Symphonies short, “The Wise Little Hen.” After wising up to the plans of Peter and Donald, the Wise Little Hen offers to give them some corn she grew, but then only gives them castor oil while she and her chicks eat the corn. This short is best known as the introduction of Donald Duck into Disney cartoons.

While this wasn’t my favorite of the early Disney shorts I’ve seen, it was still a lot of fun. I enjoyed seeing the earliest version of Donald Duck. He would get funnier as he appeared more often, but he did an excellent job right here. I don’t remember the Peter Pig character. I hope as I continue to watch these shorts that he appears more. He may have been a one time character, but I’m hopeful he gets more appearances. 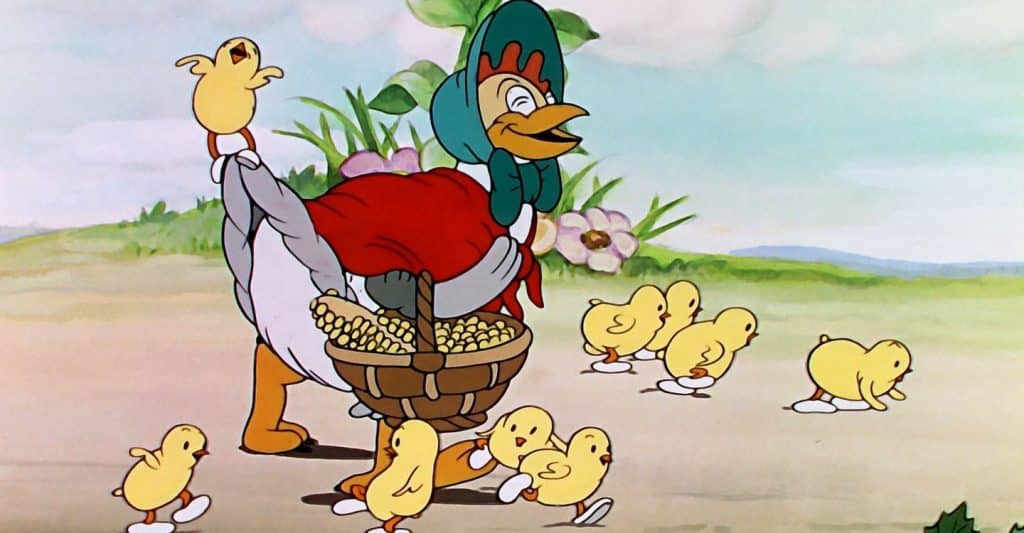 The plot is simple, but perfect. We all know those people who like to duck out of the work, no pun intended; but want to enjoy the fruits of the labor. It’s always great when those who are willing to put in the work get one over on those who aren’t. The Wise Little Hen and her chicks are true heroes. It’s almost a shame that Donald became the star from this short. But, as we’ve seen from his other appearances, he didn’t necessarily learn anything from being tricked here.

I love really old school Disney. I’m having a fun time watching the majority of these Silly Symphonies. If you had told me I would be thrilled to sit down and watch an 8-minute cartoon from the 1930s, I wouldn’t have believed you, but here we are. I hope to see more of these minor characters appear again. We all know the Fab 5 of Disney; Fab 7 if you include Chip and Dale; but these other characters contribute a lot to these shorts and I hope they get their due. Overall, I think people should watch this for the first appearance of Donald Duck, but I hope they enjoy it as more than that, because I did.

What did you think of “The Wise Little Hen?”

Jeremy has been a big Disney fan since he was a kid growing up during the Disney Renaissance. One day he hopes to go to every Disney Park in the world.
View all posts
Tags: disney, retro review, review, Silly Symphonies, The Wise Little Hen