The Sword in the Stone Retro Review 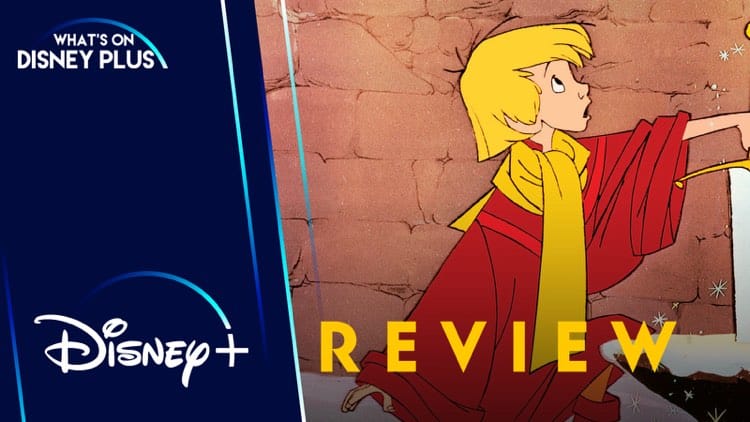 The Sword in the Stone Retro Review

The Walt Disney Animation Studios takes a very unusual look at the early days of King Arthur in the 1963 animated classic, “The Sword in the Stone.” The film follows a young Arthur, nicknamed Wart, as he meets Merlin who wants to train him as a wizard. But Arthur’s foster father wants him to be a squire for his foster brother who is entering a tournament to become king. In the end, Arthur forgets his brother’s sword and ends up pulling the sword from the stone twice and becomes the next king.

This is certainly a different take on the story of King Arthur and it’s wild. For a movie called “The Sword in the Stone,” the sword plays a very small role in the overall story of the film. Most of the film is a way to showcase Merlin’s magic rather than tell a coherent story about the days of King Arthur’s youth. It’s not a bad experience, but it’s definitely… different. I would’ve preferred a bit more of a focus on Arthur or the sword given the title. Or maybe the film should’ve had a different title. It could’ve even been extended to add focus on the sword allowing for the title to make more sense. It’s a bit short, and I think a little longer version would’ve improved the film, but that’s just not how animated films worked in the 1960s.

There are also some obvious flaws with this film that can’t be unnoticed. Three actors were used to provide the voice of Arthur, or Wart, and they aren’t mixed properly. It would’ve made sense to have a natural progression over time from the youngest sounding voice to the oldest sounding voice. But, alas, the three are mixed throughout the film and it’s jarring, and I can’t unhear it. It doesn’t hurt the quality of the film, but it can affect someone’s enjoyment of it. This was the last Walt Disney Animation Studios film released during Walt Disney’s lifetime. He, of course, has his hand on “The Jungle Book” that was released months after his death and was involved in pre-production of other films that wouldn’t be released until years later. But this is the last film in his company’s animated line that he saw. Those unfortunate circumstance make this one of the most important films in the Disney canon, but it feels like it’s a forgotten relic. When people discuss Disney classics, this one doesn’t come up a lot. When people discuss Disney’s Silver Age of animation, you hear “Cinderella,” “Sleeping Beauty,” or “101 Dalmatians” bandied about, but this one hardly gets mentioned. I think Disney should put more of a focus on it. It’s an unfortunate benchmark, but it’s still an important part of Walt’s legacy that should be hyped up more.

I think this is a mid-tier entry into the Disney canon. It doesn’t have the staying power of “Cinderella” or “Pinocchio.” It doesn’t have the industry changing legacy of “The Little Mermaid” or “Frozen.” But it also doesn’t have the negative reputation of the package films from the Wartime Era, “The Black Cauldron,” or “Home on the Range.” I’ve enjoyed it every time I’ve seen it, but it’s still not one I rush back to again. It’s solid. It’s not bad, but it could be a lot better.

What did you think of “The Sword in the Stone?”

Jeremy has been a big Disney fan since he was a kid growing up during the Disney Renaissance. One day he hopes to go to every Disney Park in the world.
View all posts
Tags: disney, retro review, review, Silver Age of Animation, The Sword in the Stone, Walt Disney Animation Studios