Disney has announced that the Oscar-nominated animated short film from “The Simpsons”, Maggie Simpson in “The Longest Daycare,” is coming to Disney+ on May 29th. 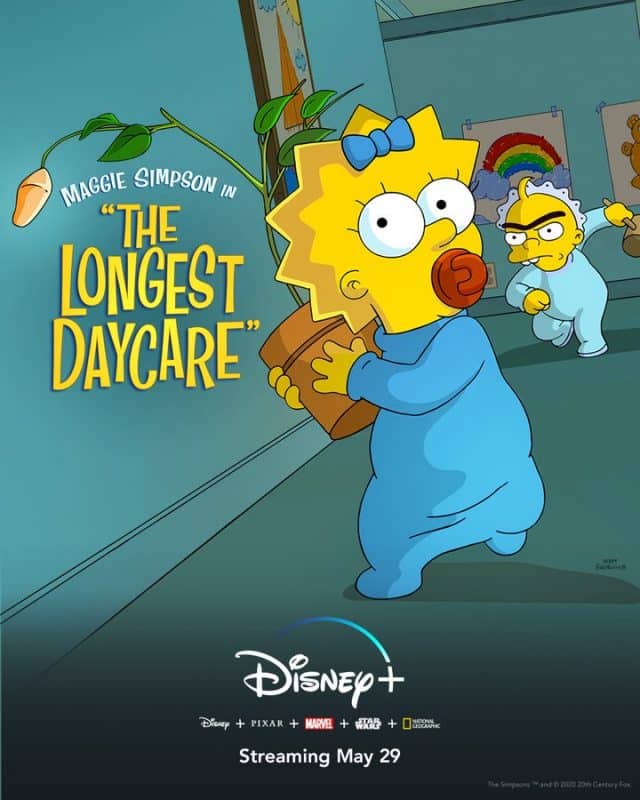 Are you looking forward to seeing this Simpsons short?