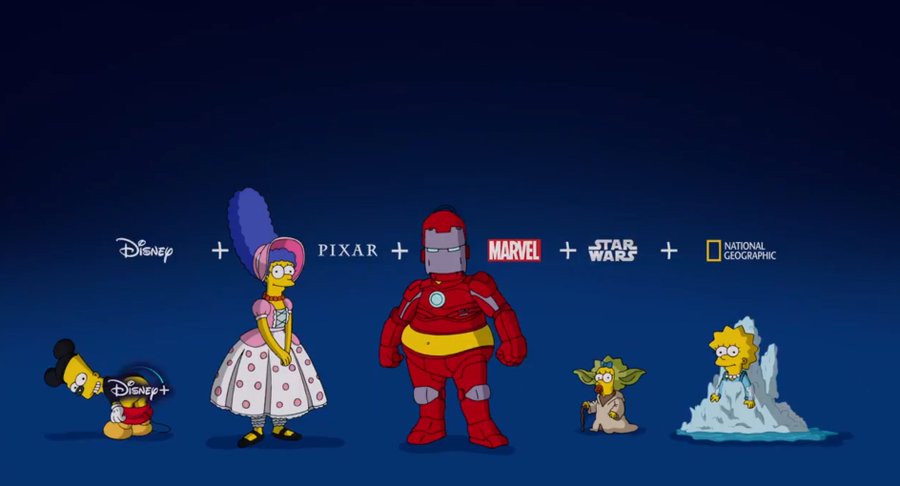 This weekend, Disney released a brand new teaser trailer for Disney+ featuring the Simpsons.  The short featuring the family dressed up in different costumes from the five core brands of Disney+, with Homer as Iron Man, Maggie as Yoda, Marge as Bo Peep, Lisa as a Iceberg (National Geographic) and Bart as Mickey Mouse.

Check out the new advert below:

What did you think of this new Simpsons advert?