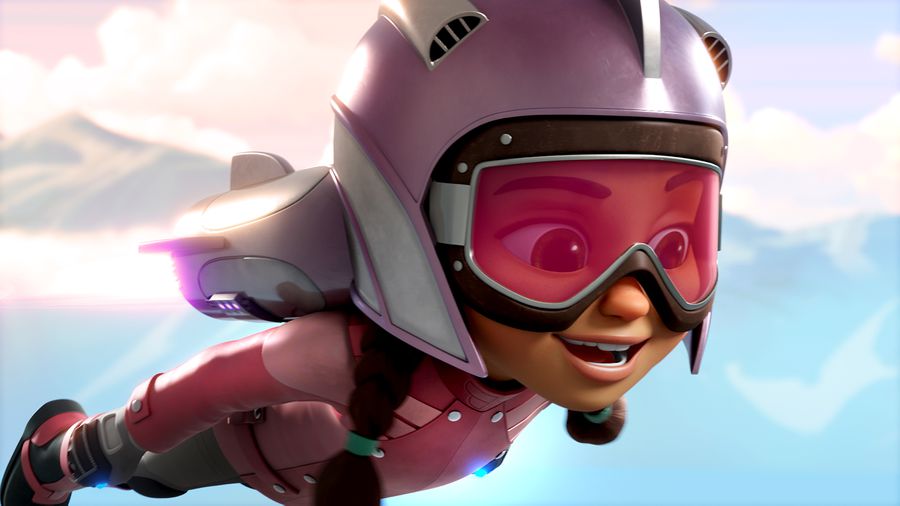 Disney has announced details on the new show “The Rocketeer,” which is a new comedic, animated adventure series featuring a young girl named Kit Secord, who takes to the skies to protect her community after becoming the surprise recipient of a rocket-pack that gives her the ability to fly.

It will premiere on Friday November 8th on Disney Channel (11:00 a.m. EDT), Disney Junior (5:00 p.m. EDT) and DisneyNOW.  The series will eventually be removed to Disney+, as all library content, including past seasons, will move to Disney+.

The series is inspired by Dave Stevens’ beloved superhero comic books and Walt Disney Pictures feature film, the series stars Kitana Turnbull (“A Series of Unfortunate Events”) as Kit, and Billy Campbell and Kathy Najimy as her parents, Dave and Sareena Secord. Campbell is best-known for starring as Cliff Secord in “The Rocketeer” film.

Set in the idyllic small town of Hughesville, each episode of “The Rocketeer” is comprised of two 11-minute stories that follow Kit as she embarks on a high-flying adventure to help save her community and its residents from trouble — usually brought on by the many comedic villains who will be featured throughout the series. As with most superheroes, Kit has a team to help her pull off her heroic adventures and keep her identity hidden from the masses. Her best friend, Tesh, serves as Ground Control when Kit takes to the skies and is also the inventor of the hi-tech gadgets and upgrades for her rocket-pack; and her grandfather, Ambrose Secord, works at the Hughesville Airport and serves as her mechanic. Also along for the ride is Kit’s loyal bulldog, Butch.

In the premiere episode, Kit receives a surprise package on her birthday containing The Rocketeer’s helmet, which Grandpa Ambrose immediately recognizes as belonging to the famed superhero. With that, he unveils the rocket-pack which he was told to hang on to until the next Rocketeer was chosen. As Kit learns the ropes of becoming a flying superhero, Grandpa Ambrose and Tesh help with her training. 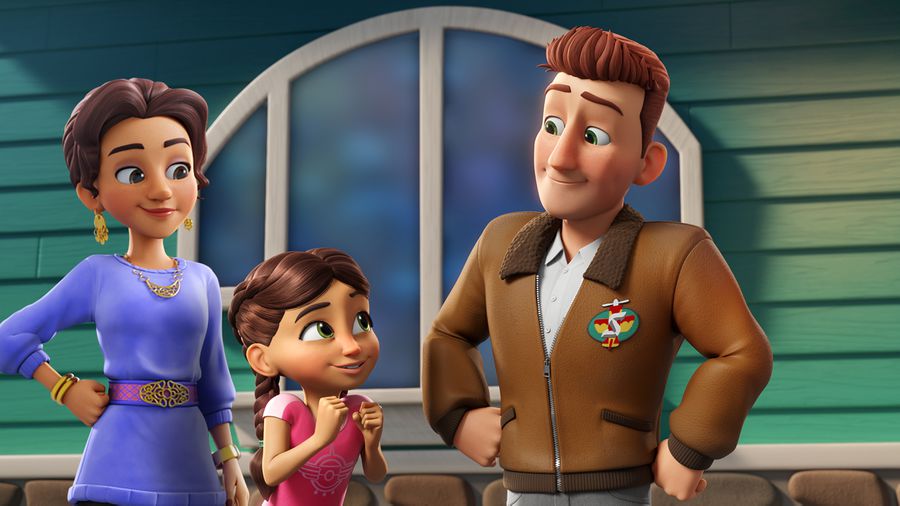 Are you excited for the new series of “The Rocketeer”?

Roger has been a Disney fan since he was a kid and this interest has grown over the years. He has visited Disney Parks around the globe and has a vast collection of Disney movies and collectibles. He is the owner of What's On Disney Plus & DisKingdom. Email: Roger@WhatsOnDisneyPlus.com Twitter: Twitter.com/RogPalmerUK Facebook: Facebook.com/rogpalmeruk
View all posts
Tags: disney, rocketeer