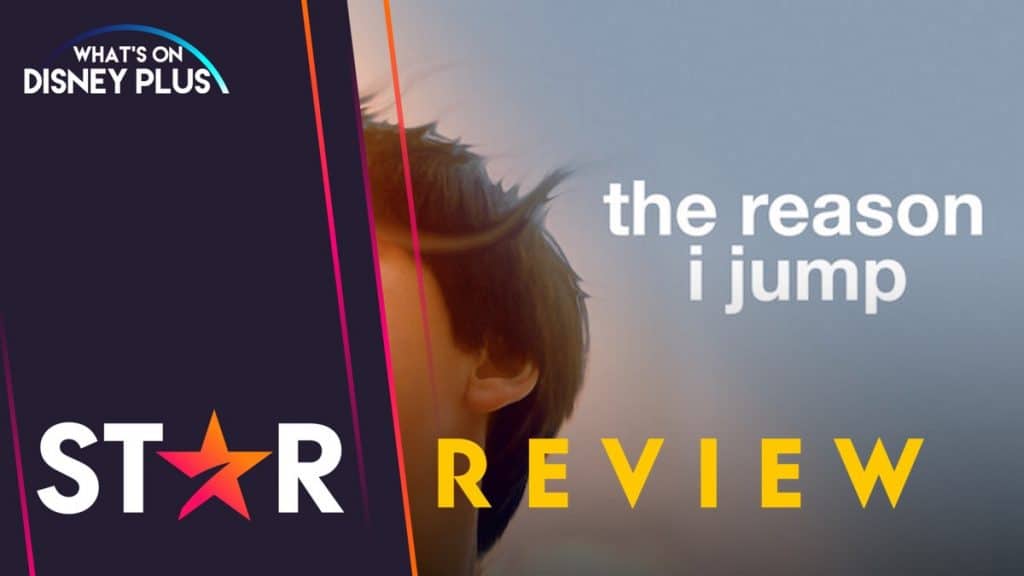 In this informative, touching documentary loosely based on the book by Naoki Higashida of the same name, we tour the world to visit many different people on the autistic spectrum. As we watch them struggle to cope in a world that overwhelms them, their families are interviewed, helping to give us even just the tiniest insight into who these unique people are, what makes them tick and how they manage to make their own personal sense of everything going on around them…

It only feels right for me to disclose something immediately here. I am not autistic. I am, however, physically disabled. As a result, I went to special needs establishments for the vast majority of my time in the educational system. Therefore, I have spent a higher than average amount of time around people on the autistic spectrum. Both at an age where I was too young to understand and when I was old enough to fully comprehend. I am close friends with people on that spectrum. I dare say that I am probably more “accepting” and understanding of the condition than an average member of the public. And yet, even then I was always somewhat mystified as I saw people I knew well do things that were “strange” to me.

That is where a documentary like The Reason I Jump becomes invaluable. It showcases many different people on the more severe “non-verbal” end of this spectrum but does so on their terms. It doesn’t judge. It lets them be who they are. They are given the time to communicate in whatever way they are most comfortable with. And in doing so, we are given even the briefest of windows into a world that is different yet completely relatable in the ways that matter. Often, autistic people are dismissed as childlike and therefore unapproachable by those around them. However, when these people are given the chance to release their inner voice, they are very often extremely intelligent, thoughtful and inspiring.

At the beginning of this review, I stated that this documentary is loosely based on a book of the same name by Naoki Higashida. That is indeed true. Having read it (translated into English from its native Japanese), the book is obviously the viewpoint of its author alone. Naoki was only 13 when the short 100+-page novella was published and yet he endeavoured to explain why he is who he is and does what he does. Even going so far as to directly answer the most common questions about his condition, no matter how blunt. As you may have guessed considering the change in medium, the documentary does not use this format. At most, passages from the titular writing are occasionally read out by voiceover when thematically appropriate.

However, that’s not meant to suggest that the use of the name feels inappropriate. Quite the opposite in fact. Spiritually, they absolutely feel like companion pieces. Both striving to answer questions and give a voice to autistic people. If anything, the documentary merely broadens the scope of that mission from one Japanese teenager to people all around the world. Quite frankly, that feels incredibly fitting and should be lauded as admirable.

With that said, this approach does become rather scattershot and unfocused at times. Because the film is intent on covering as many different experiences as possible, it jumps around a lot. This is understandable, but the fragmentation of the different threads does occasionally make things a little harder to follow. Add to this the inevitable fact that some of the individuals showcased are inherently more engrossing than others (considering that some are better able to express themselves and therefore provide more insight) and there are potentially times when your interest may lull slightly. To be absolutely clear, everything and everyone in this documentary has merit. Everything featured provides some kind of insight into the effects of autism both on the people themselves and the families who care for them. But it is when these individuals are given the chance to communicate directly that it most adheres to the spirit of its namesake and is therefore most enlightening.

You may have noticed that I’m numerous paragraphs in by now and while I may have explained how the documentary explores the world of severely autistic people, I haven’t particularly touched upon its message. To do so, I’d like to reference a recent happening in the life of a good friend of mine.

She has a little boy who is currently going through the excruciatingly long process of being officially diagnosed with non-verbal autism. As luck would have it, this documentary was released on Disney+ back in April of this year, right as both her and her husband were facing the reality of this expected diagnosis. As you would fully expect, they were emotionally overwhelmed at the time. Wanting the best for their child but feeling completely rudderless in how to guide him.

I suggested The Reason I Jump to them both, knowing of the emotional turmoil they were going through. And this documentary served as a lifeline to them when they thought they were drowning in an ocean of doubt. Make no mistake, the experiences highlighted are not sugarcoated. As they related to me after watching, there were times when they saw flashes of their son and were saddened by the explanations given. But this documentary gave them hope. It kickstarted the never ending process of building a toolset that will help them understand and communicate with their sweet little boy. In fact, this was the catalyst for them to push forward with teaching him basic Makaton sign language as a stopgap communication while his diagnosis is ongoing.

And that’s what makes The Reason I Jump as great as it is. It doesn’t present autism as a dreadful illness. These people are who they are. They suffer the kind of sensory overload that most of us would have nightmares about. And yet, they can be some of the brightest, most thought-provoking people you’ll ever know. If only they’re given the chance to show it. And that is a message that more people need to hear. Both for situations like my friend’s and for the world in general. Because autism does not have to be treated as the end of a productive life. Naoki Higashida proved that with his groundbreaking book and now this documentary does the same on a grand scale. Never forget: they have a voice, give them the chance to express it.

The Reason I Jump is available on Disney+ in a maximum resolution of 1080p Full HD. Due to this being marketed as a Disney+ Original, there is currently no physical release available.

The Reason I Jump does not currently include an “Extras” tab on its page as of writing, meaning that not even the standard “promo clip” is available.

“The Reason I Jump” is available to stream on Disney+ now in many countries including the UK and Ireland, Australia and New Zealand, the Netherlands, Spain and more. U.S. readers will find the documentary on Netflix.

What are your thoughts on “The Reason I Jump”?

Jon has been a Disney fan all of his life. From wearing out those expensive VHS tapes and visiting Disneyland Paris as a child to becoming a huge fan of the MCU in adulthood, Disney has helped shape some of the happiest, most fun moments he can remember.
View all posts
Tags: Reviews, star, the reason I jump