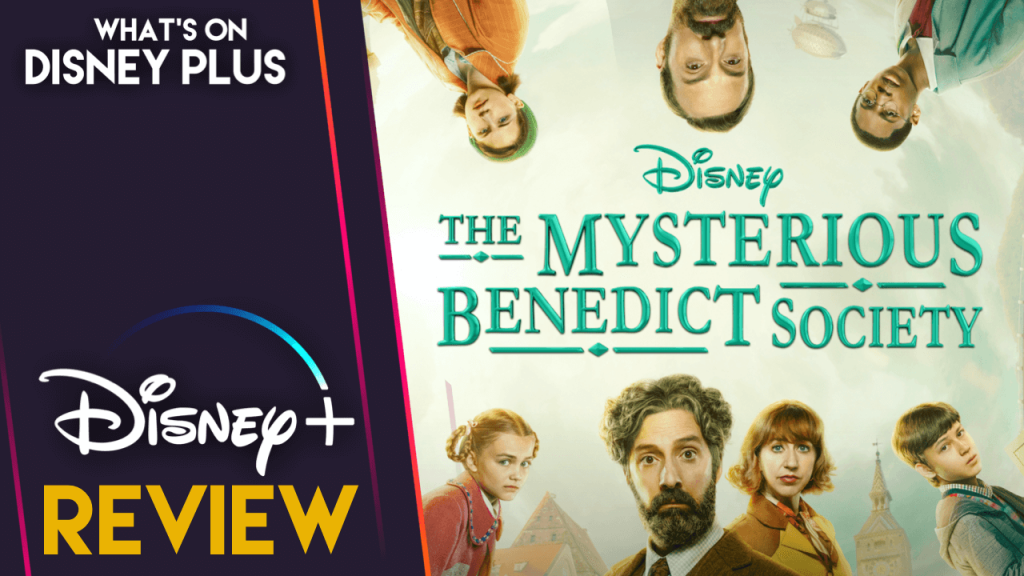 “The Mysterious Benedict Society” returns this month with a double-episode premiere, which picks up after the events of the first season, where the four gifted orphans come back together when Mr Benedict and Number Two go missing.

The kids soon embark on a new mission to complete a scavenger hunt created by Mr Benedict, without knowing that this will lead them to Mr Benedict and Number Two, who has been kidnapped by Mr Benedict’s evil twin brother, Dr Curtain. The four set sail on a globe-trotting adventure, full of mystery, that provides plenty of riddles and clues, for the kids to unravel.

All of the gang are back together, with the main characters splitting into three different groups. The kids, the adults and the kidnappees. Having the four kids back together is fun to watch, especially as they have an awkwardness that I can relate too. We also get to see how the adults have become much closer to the children since the first season, as they’ve each bonded with one of the childrlike in theircare. They feel more of a family, than just a random assortment of characters.

One of the things I love about this series, is its quirky nature of it. It has a unique style that is inspired by Wes Anderson’s films. You just don’t quite know if this series is set in the past or the future, since it plays with your senses, as it’s both futuristic and retro at the same time, such as having really olove this show’s look and feelove the look and feel of this show, and the second season leans in even heavier on that unique style.

As with most second seasons, the pace is drastically increased, because we don’t have to go through the introduction of each character. The first season took its time in establishing all the characters, which drew some criticism as the show was a slow burner, but very rewarding once established.

Fans of the first season are no doubt going to enjoy these first episodes of the second season, because it takes everything that worked in the first season and polishes it up. It should be noted that if you’ve read the second book in the “Mysterious Benedict Society”, I was told by the executive producers of the show that they’ve changed some aspects and expanded on what was in the book. So it’s not exactly the same!

The first couple of episodes of the second season of “Theenjoyables Benedict Society” are really fun to watch. It instantly jumps into the main story and the new setting, aboard the ship, is refreshing, but more importantly, it’s like stepping back into your own comfortable shoes. The quirky characters are back, and you know Dr Curtain is up to something terrible, which will keep me coming back each week.

The first two episodes of the second season of “The Mysterious Benedict Society” are coming to Disney+ on Wednesday, 26th October 2022.

Roger has been a Disney fan since he was a kid and this interest has grown over the years. He has visited Disney Parks around the globe and has a vast collection of Disney movies and collectibles. He is the owner of What's On Disney Plus & DisKingdom. Email: Roger@WhatsOnDisneyPlus.com Twitter: Twitter.com/RogPalmerUK Facebook: Facebook.com/rogpalmeruk
View all posts
Tags: “The Mysterious Benedict Society, disney, review