In 2011, three men were murdered in an apartment in Waltham, Massachusetts. Their murder remains unsolved to this day. An investigative reporter, who was also a friend of one of the victims, is still looking for answers and has found a connection between one of the Boston Marathon bombing suspects and the Waltham murder victims. “The Murders Before The Marathon” asks the question if this murder had been solved, could the Boston Marathon bombing been prevented?

April 15, 2013 is a day I will never forget. I work for a local news station in Providence, Rhode Island. Marathon Monday in Boston is a big deal throughout all of New England. It was a day that was meant to cover the winners of the marathon, the people who complete the life long dream of running the race, and those that take all day, but complete the race. It became one of the most tragic days in New England history when bombs were set off near the finish line. An investigation, another murder, a kidnapping, a shootout and an hours long manhunt led to the arrest of Dzhokhar Tsarnaev and the death of his brother, Tamerlan Tsarnaev. But in the ensuing near decade since that day, we’ve learned more about this murder in Waltham and if it was possible that Tamerlan Tsarnaev had killed before the Boston Marathon bombing. 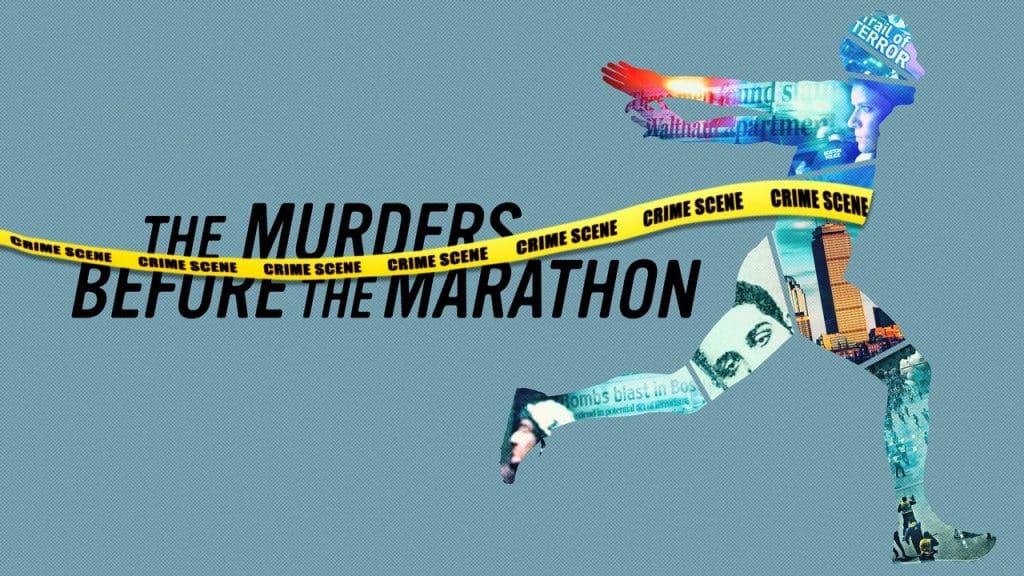 This three episode docuseries takes us through Susan Zalkind’s investigation into the murder of her friend and two others. We learn that all three of them had known Tamerlan Tsarnaev. We learn that another acquaintance Ibragim Todashev was linked to the crime and was in the Boston area at the time of the 2011 murders. And we learn that Todashev’s wife lied to FBI agents and to Zalkind about the purchase of a vehicle that may have been connected to the murders. What was chalked up as a drug deal gone wrong, now looks like it was a targeted murder. By the end of the series, Zalkind is convinced that Tsarnaev and Todashev were there for a robbery and that Tsarnaev committed the murders. But, if her suspicions are correct, there’s no one left to confirm it. She believes there were five people in the Waltham apartment on that fateful September day. Three were killed that day. One was run over by his own brother during the shootout with police just days after the Boston Marathon bombings. And the other was killed in an altercation with police inside his own home in Florida.

This series doesn’t try to convict Tsarnaev and Todashev. Although that is the conclusion that Zalkind comes to, she isn’t presenting anything as fact that isn’t confirmed to be fact. The filmmakers, Zalkind and Hulu do a great job of differentiating between fact and opinion and informing the viewer of which is being presented at which time. Too many true crime documentaries and docuseries, like this one, try to convict or exonerate someone. This does a better job of just presenting the facts of this case, the connection Tsarnaev has to both crimes and the possibility that he may be one of the culprits. Based on my own work covering Tamerlan Tsarnaev and his actions leading up to the Marathon Bombings and what we’ve learned since about the Waltham murders, I’m inclined to agree with Zalkind’s conclusion. Now, it makes me wonder the same question. If the Waltham murders had been solved, would the Boston Marathon Bombings ever happened?

What did you think of “The Murders Before The Marathon?”

Jeremy has been a big Disney fan since he was a kid growing up during the Disney Renaissance. One day he hopes to go to every Disney Park in the world.
View all posts
Tags: disney, hulu, review, star, The Murders Before the Marathon