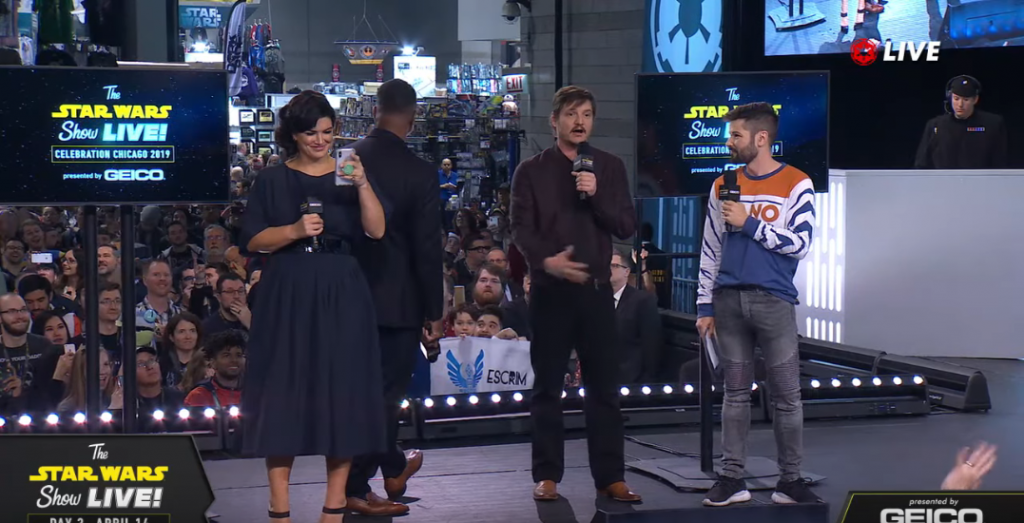 On Sunday at Star Wars Celebration in Chicago, some of the cast of the new Disney+ exclusive show, The Mandalorian, stopped by the Star Wars Show stage to discuss the upcoming show.

Pedro Pascal, Gina Carano and Carl Weathers spoke with the Star Wars Show host, Anthony Carboni.  During this short interview, they explained a little about their characters and how much they are enjoying the Star Wars experience for the first time.

Check out the show below:

Roger has been a Disney fan since he was a kid and this interest has grown over the years. He has visited Disney Parks around the globe and has a vast collection of Disney movies and collectibles. He is the owner of What's On Disney Plus & DisKingdom. Email: Roger@WhatsOnDisneyPlus.com Twitter: Twitter.com/RogPalmerUK Facebook: Facebook.com/rogpalmeruk
View all posts
Tags: disney, star wars, star wars celebration