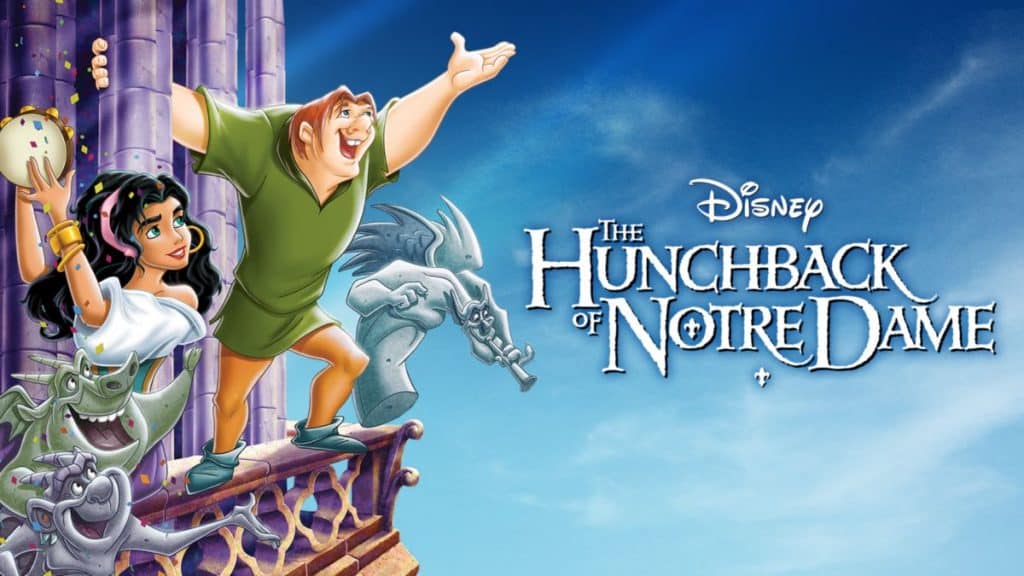 Disney takes Victor Hugo’s classic tale and tries to make it palatable for kids in “The Hunchback of Notre Dame.” After killing a gypsy, Frollo is convinced by the bishop not to kill her son who Frollo sees as ugly. Instead, the boy who becomes the titular hunchback is raised in the bell tower of the Notre Dame cathedral. But, when Quasimodo longs for more, he gets wrapped up with a gypsy woman and Frollo tries to kill them both. It’s quite the harrowing tale for a children’s movie.

This is the Disney film where the Renaissance started truly seeing diminishing returns. Disney films had the same basic formula during the Renaissance. Almost all of them were musicals. But, after the success of “The Lion King,” it became more difficult for Disney to duplicate that success. While they would make three more musical after this one, this one featured the darkest tone. But, just because this one is darker, and wasn’t as well received at the time of its release, doesn’t mean this isn’t one of the very best Disney animated films out there.

“The Hunchback of Notre Dame” features arguably the most evil villain in all of Disney canon. Frollo is the worst kind of evil, because he truly believes he’s doing good. He is using his power and his theology to force others to his will. He’s abusing his position, but he truly believes he’s acting in the best interest of the people and the city of Paris. He murders gypsies. He locks up and abuses a boy who he made an orphan due to his crusade against the boy’s people. And, during the villain song of “Hellfire,” he sings about his own lust for Esmeralda and how he blames her for his feelings. It’s cruel, creepy and wreaks of pure evil. While most villains have a side that makes you see their point of view, Frollo; along with Cruella De Vil; seems to have no redeeming qualities whatsoever. He is what makes this film so dark. In contrast, the heroes are some of the most likable in the Disney canon. You can’t help but root for Quasimodo, Esmeralda and Phoebus as they try to protect the gypsies from Frollo’s scourge. While Frollo is driven by his worst instincts, these three are driven by their best instincts. Frollo is pure evil, but these three aren’t pure good. They are just three people who don’t want to see others suffer. Seeing flawed characters rise up to be the hero is better than someone who is pure good. They drive the story as much as Frollo and the film is better for it.

My one complaint is that, for a musical, it lacks any songs that you can singalong with. “Hellfire” is a great song, but it doesn’t get you belting it out in the car. None of the songs are bad as Alan Menken and Stephen Schwarz work their usual magic to make the songs complement the film perfectly. But, they don’t grab your attention like the songs from the rest of the Disney Renaissance musicals. It’s their weakest performance of the era, which tells you how good the music in the other musicals is.

Overall, this one can be a little scary. The darker tone may be too much for younger viewers. It’s one that I was surprised didn’t have a PG rating in the US. But, if it’s not too scary, it tells one of the best stories you’ll ever see put to screen. Plus, Jason Alexander as a gargoyle is a lot of fun.

What did you think of “The Hunchback of Notre Dame?”

Jeremy has been a big Disney fan since he was a kid growing up during the Disney Renaissance. One day he hopes to go to every Disney Park in the world.
View all posts
Tags: disney, Renaissance, retro review, review, The Hunchback of Notre Dame, Walt Disney Animation Studios