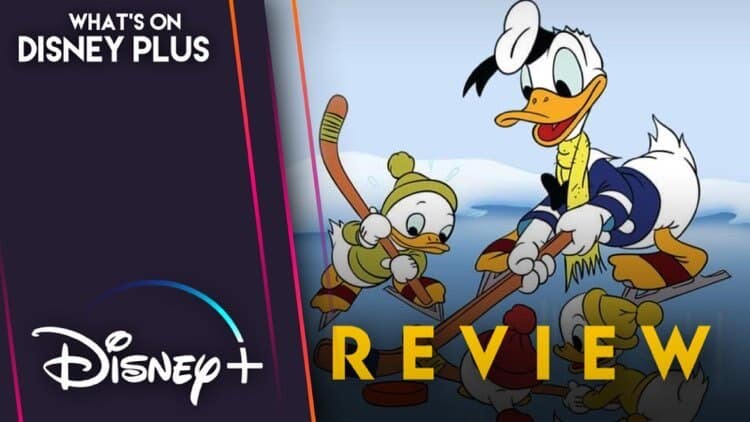 Donald Duck competes against his nephews to see who is the best hockey player on Duck Pond in the 1939 Walt Disney Animation Studios short, “The Hockey Champ.” Donald is figure skating when he notices his nephews playing hockey a little too roughly. When he tries to impress them by showing them his hockey champ trophy, it leads to chaos, the ice breaking apart and his nephews chasing him with hockey sticks.

This nine minute short demonstrates Donald Duck at his best and his worst. When he sees his nephews playing too roughly, he tries to stop them, but he does so in a typically braggadocios way. This leads to the boys wanting to show him up by showing off their moves. In later years, their relationship would become more familial with Uncle Donald demonstrating love to them rather than the almost contempt he has in the early Disney shorts. But this is 1939 and Donald has evolved as a character yet, so he is rude even in his best moments. 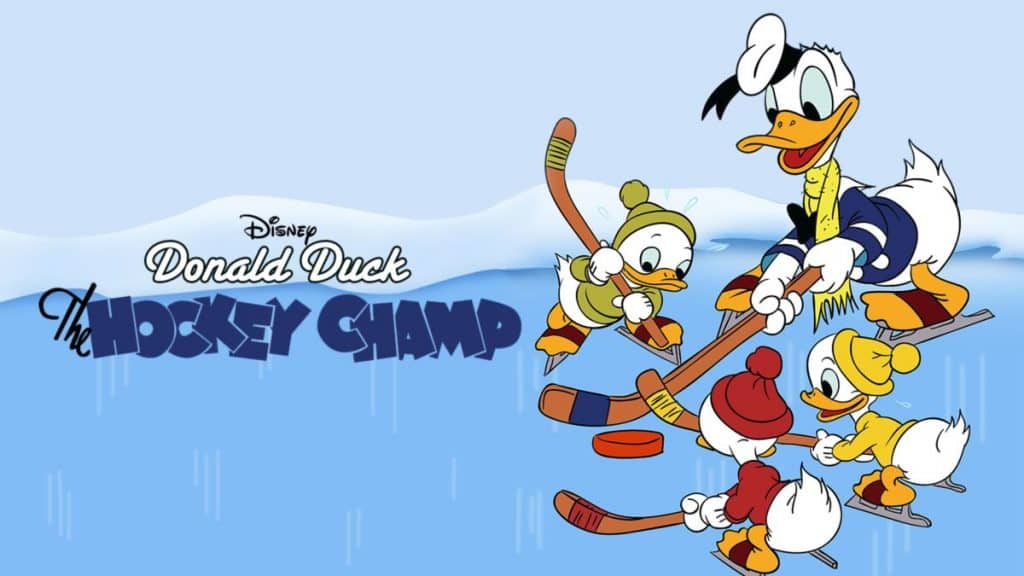 There are times I miss this type of relationship between Donald and his nephews. While it’s sweet to see him as a loving uncle and the boys as merely mischievous ducklings, sometimes it’s more fun to see them in the more adversarial roles they had early on. I’ve discussed Donald being rude and braggadocios, but the nephews aren’t much better. They aren’t sympathetic here. It seems to truly be a case of four ducks who are just mean to each other. That makes any comeuppance they receive feel earned.

It’s always nice to revisit some of the early shorts from the Walt Disney Animation Studios. I like getting to see how the animation division has evolved both in terms of the animation and the storytelling. There have been ups and downs over the years, but this is one of the better shorts from the 1930s that is available on Disney+. It spoke to the Donald Duck fan in me and the hockey fan in me. I definitely recommend this short for fans of old school Donald Duck.

What did you think of “The Hockey Champ?”

Jeremy has been a big Disney fan since he was a kid growing up during the Disney Renaissance. One day he hopes to go to every Disney Park in the world.
View all posts
Tags: disney, retro review, review, shorts, The Hockey Champ, Walt Disney Animation Studios