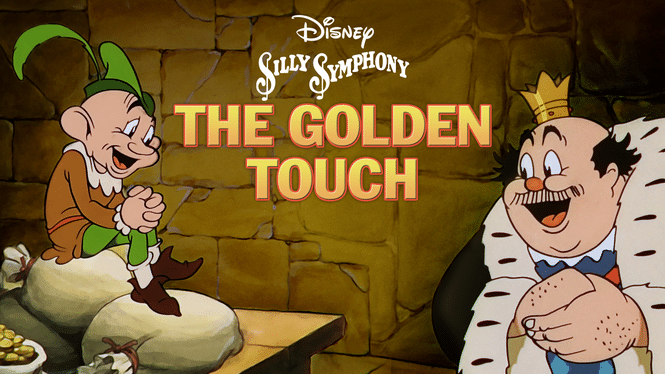 A king covets nothing but gold and wishes for everything he touches to be turned to gold. A dwarf comes along and warns him that he wouldn’t like it, but when the king tells him not to warn him, the dwarf grants the wish in “The Golden Touch.” The king is incredibly happy with his new gift until he learns he can’t eat because his food keeps turning to gold. He gives up all his worldly possessions to get the golden touch taken away so he can eat and, in doing so, learns true happiness by going from riches to rags.

This is basically a slightly altered version of “King Midas.” In that fable, King Midas turns everything he touches to gold as well, but instead of wishing the power away, he touches himself and turns himself into gold. In this 1935 short, this king; who is never actually named, but is credited as Midas; doesn’t turn himself to gold, but learns a valuable lesson about greed. It’s an excellent take on an old story that is more palatable for children. If you read the original source material of a lot of fables and fairytales, they can be downright disturbing, especially for children. It’s good that Disney chose to make some changes and this is an enjoyable way to spend 10 minutes. 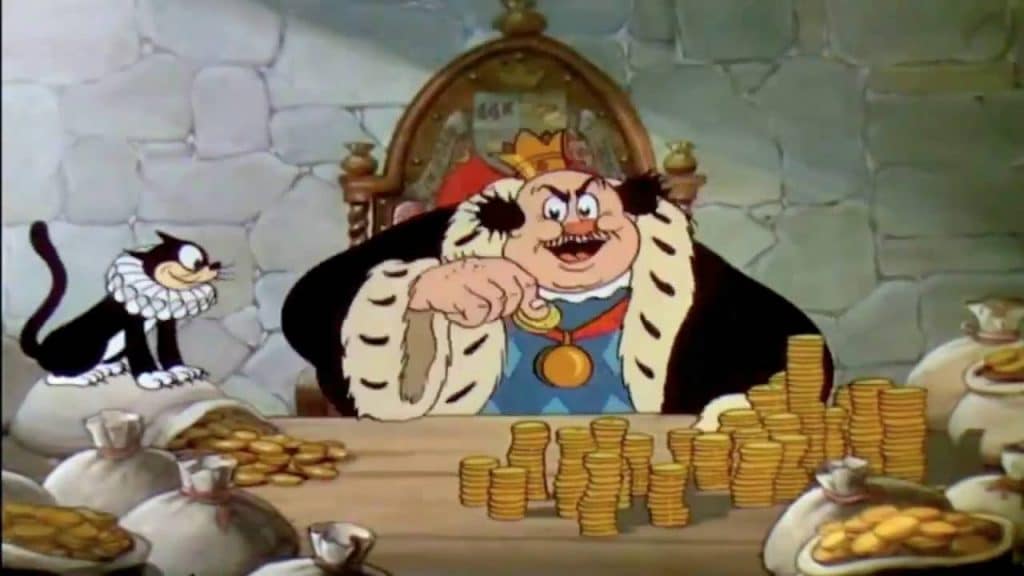 My favorite part of this short is how the king just wanted a hamburger. It’s a meal that’s just so basic and something that any middle class American can get behind. (I don’t know what the equivalent would be in other parts of the world.) At the end of everything, the guy who was rich beyond measure and still wanted more gold could be satisfied with something so simple. The lesson works whether you like the short or not.

“King Midas” was far from my favorite fable as a kid and, while I appreciate the lesson the story is teaching, this isn’t my favorite Disney short. That being said, I like it, I just don’t love it. The Silly Symphonies are always a little hit and miss with me. This one was a hit, but it was a roaring success.

What did you think of “The Golden Touch?”

Jeremy has been a big Disney fan since he was a kid growing up during the Disney Renaissance. One day he hopes to go to every Disney Park in the world.
View all posts
Tags: disney, retro review, review, Silly Symphonies, The Golden Touch