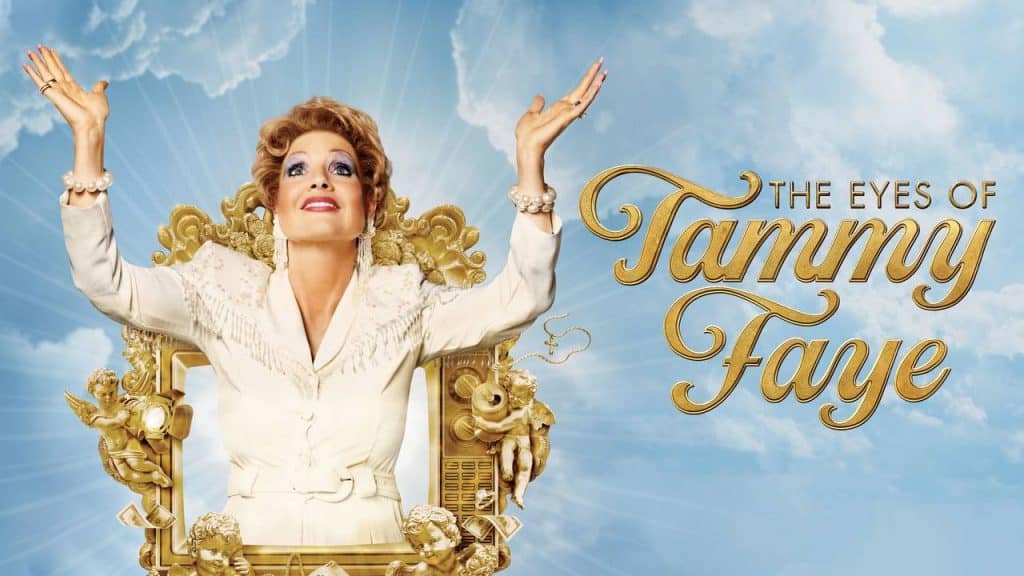 Disney has announced that the Searchlight Pictures film, “The Eyes Of Tammy Faye”, will be coming to Disney+ in the United Kingdom, Canada and Ireland on Wednesday 23rd March 2022.

If you can’t wait to watch “The Eyes Of Tammy Faye” on Disney+, the film was only released in cinemas earlier this month.

Are you looking forward to watching “The Eyes Of Tammy Faye”?

Roger has been a Disney fan since he was a kid and this interest has grown over the years. He has visited Disney Parks around the globe and has a vast collection of Disney movies and collectibles. He is the owner of What's On Disney Plus & DisKingdom. Email: Roger@WhatsOnDisneyPlus.com Twitter: Twitter.com/RogPalmerUK Facebook: Facebook.com/rogpalmeruk
View all posts
Tags: the eyes of tammy faye