What's On Disney Plus > Blog > Brands > 20th Century Studios > The Chronicles of Narnia: The Voyage of the Dawn Treader Review 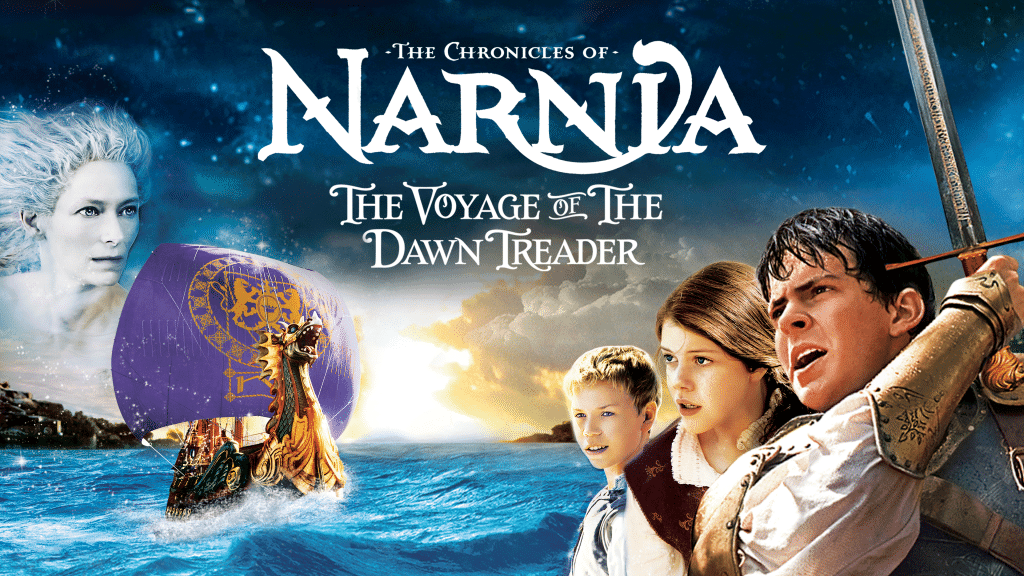 The two youngest Pevensie children are back in Narnia, and this time they brought their annoying cousin, in the third and final “Chronicles of Narnia” movie that has been made to date, “The Voyage of the Dawn Treader.” Peter and Susan don’t return, but Edmund and Lucy are visiting their cousin Eustace when a picture starts moving and they return to Narnia to help King Caspian search for seven Lords who disappeared during the reign of his uncle. The seven Lords were loyal to Caspian’s father and were banished by his Uncle Miraz.

Movies about sailing can be hit or miss and this one falls somewhere in between. It’s a fairly faithful adaptation of the third book in the “Chronicles of Narnia” canon, but is slightly less impressive than its two predecessors. This film’s strength lies in its familiarity. Centuries have passed in Narnia between the first two films, so, with the exception of Aslan and the Pevensie children, the two films feel quite different. But, this film is set only three years after the events of “Prince Caspian.” That allows for the return of King Caspian and Reepicheep the mouse. However, the ocean setting allows for it to be quite different than mainland Narnia. It walks the tightrope of familiar and new. Some parts of it work and others don’t. 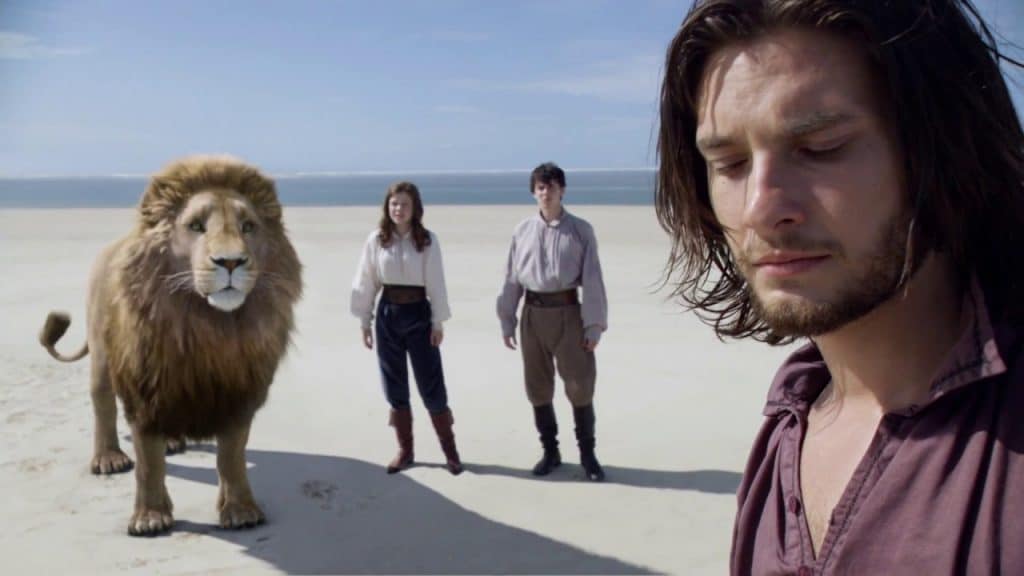 The book and the film go a long way in helping to set up the world for a possible continuation without the Pevensie children. After two books and films, the older two children are removed from the story. Then, after this book and film, the younger two children are removed, but their cousin is introduced to continue the story. Fans of the books know how Eustace turns his life around after his experience in Narnia. And, the film hints at the next book in the series, “The Silver Chair” being made into a movie with the line that his friend, Jill, is there to play.

I like having the three films back together under the same roof. Disney co-produced and distributed the first two “Chronicles of Narnia” films. Unfortunately, budget disputes led to the them dropping out and 20th Century Fox taking over. With Disney’s acquisition of Fox, the series is back together. While I would like to see them make films for all seven books, I can happily settle for the three films that have been made to be put together. Maybe Disney+ can work on a seven season series with one season tackling each book so we can finally see all of the “Chronicles of Narnia” on the screen. I don’t know if it’s something they are interested in, but I would like to see it.

What did you think of “The Chronicles of Narnia: The Voyage of the Dawn Treader?”

Jeremy has been a big Disney fan since he was a kid growing up during the Disney Renaissance. One day he hopes to go to every Disney Park in the world.
View all posts
Tags: 20th century fox, 20th century studios, Chronicles of Narnia, disney, review, Voyage of the Dawn Treader