“The Banshees Of Inisherin” Soundtrack Out Now

“The Banshees Of Inisherin” Soundtrack Out Now

Hollywood Records has released the soundtrack to the new Searchlight Pictures film, “The Banshees of Inisherin”, which features original music composed by Academy Award-nominated Carter Burwell. The 21-track album is available now on all streaming platforms. The film stars Colin Farrell, Brendan Gleeson, Kerry Condon, Barry Keoghan, “The Banshees of Inisherin” is directed and written by Martin McDonagh and is also available now in theatres.

A frequent collaborator of McDonagh’s, Academy Award-nominated composer Carter Burwell previously worked on three of his films, starting with In Bruges. He also worked on Seven Psychopaths, as well as his Oscar-nominated score for “Three Billboards Outside Ebbing, Missouri”, their last collaboration.

“We have similar sensibilities,” explains Burwell. “Martin’s writing is very particular – it involves a dark view of the world, a really vicious sense of humor, and a lot of humanity. That combination is something we have in common.”

McDonagh has always involved Burwell at script stage before the film is shot. “I approach every film as its own world. Even though Martin and I have done several films together and they’re all Martin McDonagh films, they’re all different.”

Initially, McDonagh already had, for one section of the film, a piece in mind that’s performed by a Balinese gamelan ensemble – mostly metallic instruments. “I happen to be a big fan of gamelan music,” continues Burwell. “It’s also a bit strange for a movie taking place in Inisherin. But I kind of like the strangeness, and I found myself weaving gamelan instruments into the score as an experiment.”

In addition to the gamelan, Burwell used three main instruments:  the celeste – a keyboard that plays bell sounds – the harp, and the flute. He says, “These are all very pretty, almost childlike instruments, which wouldn’t be out of place in a fairy tale. They fit Pádraic, who is a little bit of a man-child. As you follow the dark road that the story goes down, the music starts to feel more ironic. Even though these were all very light sounds, the tunes are not.”Burwell also worked with a small but strong orchestra at Abbey Road in London. 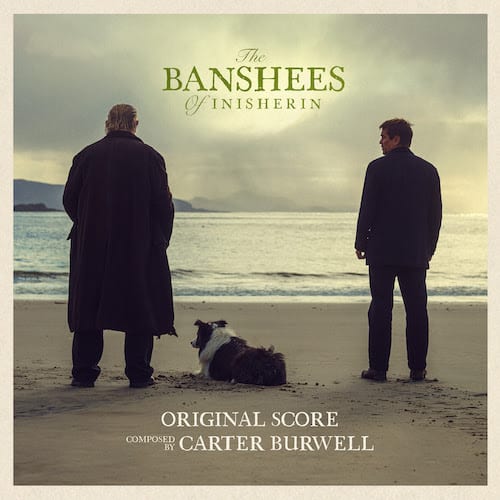 Will you be checking out this soundtrack?

When Is “The Banshees Of Inisherin” Coming To Disney+?

“The Banshees Of Inisherin“ Coming Soon To Disney+ (UK/Ireland)

“The Banshees Of Inisherin“ Coming Soon To Disney+ (Canada)