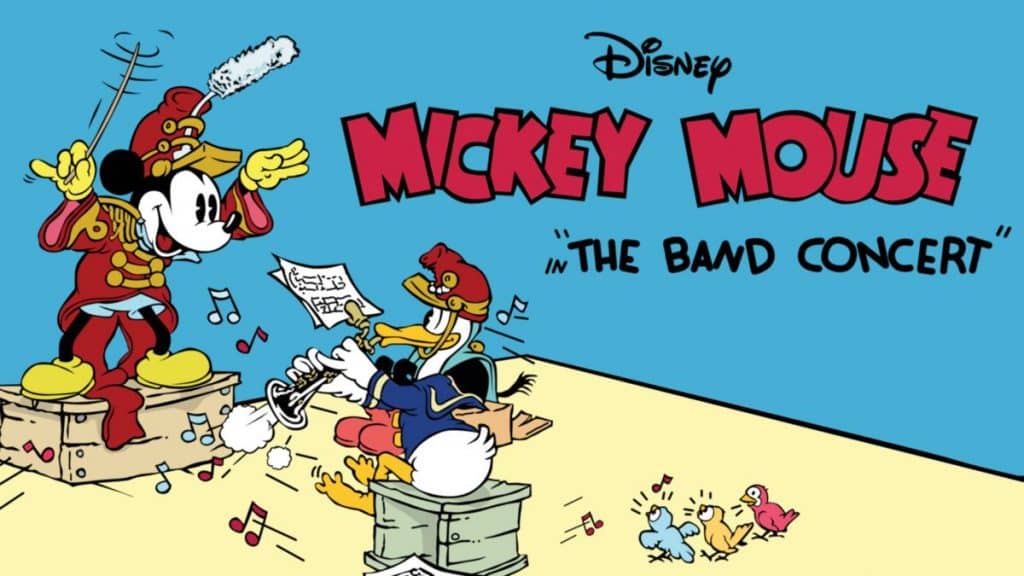 Mickey Mouse is a band leader who is trying to lead an orchestra in a performance of the “William Tell Overture” in “The Band Concert.” But, Donald Duck, who is working as a vendor, keeps pulling out a flute and trying to sway the orchestra to change its tune to “Turkey in the Straw.” After a fight breaks out due to Donald kicking ice cream onto the stage, a tornado hits right in the middle of the performance. When all is said and done, the orchestra finishes its performance stranded in a tree while Donald is the only one left in attendance after all of the previous concertgoers fled the storm.

This is one of the best Mickey Mouse shorts and comes with almost no dialogue whatsoever. Mickey Mouse never says a word in this short. Goofy and Clarabelle both appear to be in the orchestra, but neither says a word. Cows, pigs and dogs are also in the orchestra and they never say a word. The only character who speaks is Donald Duck and he only speaks when asking if the audience wants ice cream or when he’s applauding and saying “Bravo” as their performance comes to an end. This short does more with less than 20 words of spoken dialogue than some two hours movies do with a professionally written script. 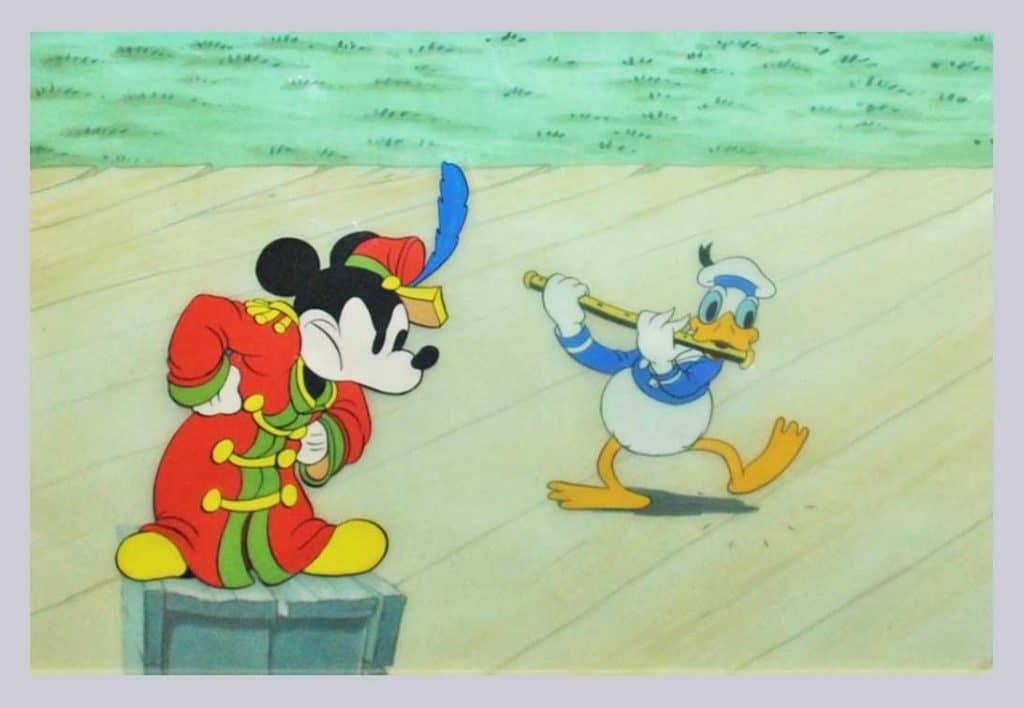 I love the interaction between Mickey and Donald here. For people of a certain age, their only experience with these two would be from the Disney Jr. cartoons like “Mickey Mouse Clubhouse” and “Mickey and the Roadster Racers.” In those two shows, they are clearly very friendly. They might be competitive, especially Donald, but they are friends. Here, they are clearly not. If Mickey is the protagonist, then Donald is the antagonist. Although, with their interactions and how cruel Mickey actually is to Donald, you could argue that Donald is the protagonist and Mickey is the antagonist. Either way, it’s fun and funny seeing them interact in a less than friendly way.

This may be my new favorite old timey short on Disney+. I could not stop laughing watching the interactions between Mickey and Donald. I know that we’re supposed to be cheering Mickey’s performance and want to see the “obnoxious” Donald get his comeuppance, but I rather enjoy that at the end of the short, Donald is the only one left to hear the end of the performance. I love that he pulls out yet another flute and plays out the short. I’m fully on Donald’s side because he makes this short as good as it is. This is going right to the top of my recommended list of old time shorts on the service.

What did you think of “The Band Concert?”

Jeremy has been a big Disney fan since he was a kid growing up during the Disney Renaissance. One day he hopes to go to every Disney Park in the world.
View all posts
Tags: disney, Donald Duck, mickey mouse, retro review, review, The Band Concert