With just over a month since Disney announcing its new streaming service, Disney+, which is set to launch in late 2019, Raymond James ran a survey, which was looking to see what interest there was in the service.   This information was shared by Variety’s Andrew Wallenstein on Twitter.

One of the questions was about how likely people are to subscribe to Disney+: 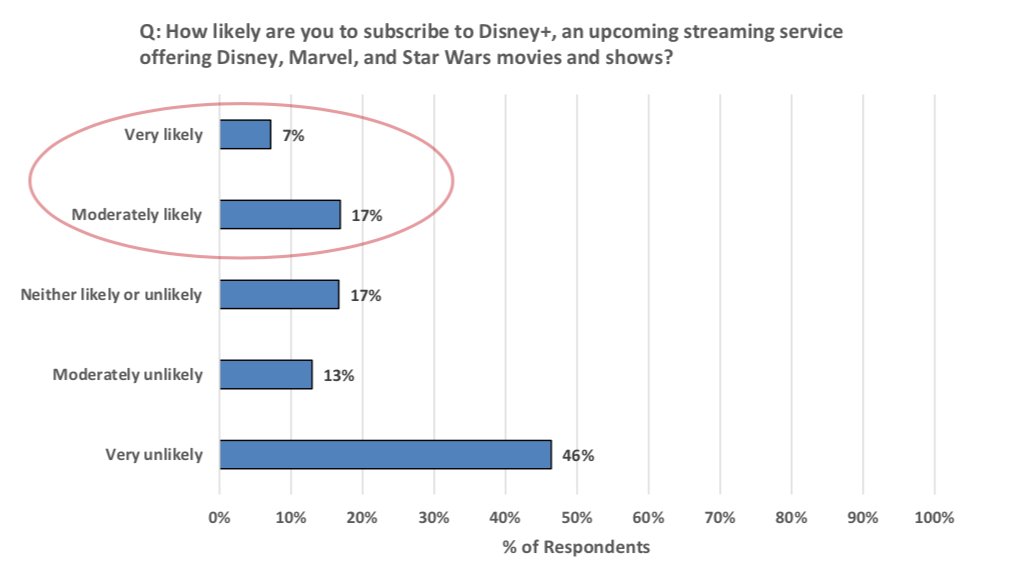 These results show that 24% of people asked were likely to subscribe.  Which with almost a year until the launch of Disney+, is a good sign, especially as we know very little about it.  We’ve seen no trailers, don’t know a price or a launch date, so I’m sure this will grow over time, but the brand of “Disney” will have an impact on these survey results.

And when breaking down the age those people who voted, the results are: 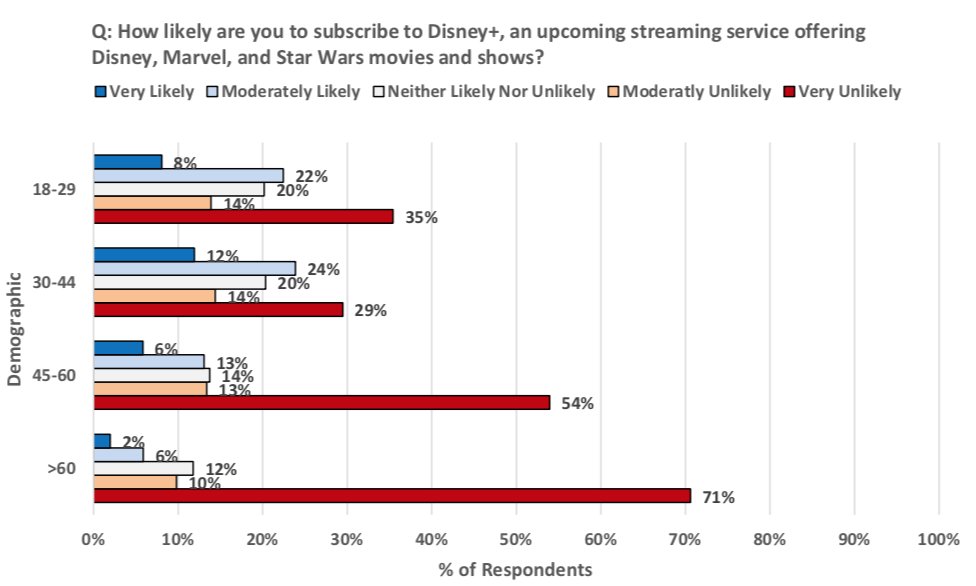 It’s very obvious from these results that Disney+ is not appealing to adults over the age of 45, with 54% of adults aged between 45 and 60 not being likely to subscribe and the over 60’s are very unlikely to subscribe.   I know personally with friends and family in those older characters, they view Disney as just for “children”.

But for younger audiences, under the age of 44 is much more evenly spread, which shows how Disney have been successful in appealing to that age group and at families, who are the target demographic for Disney+.

Another question was about the Disney+ Estimated Usage vs Actual Usage for Peers: 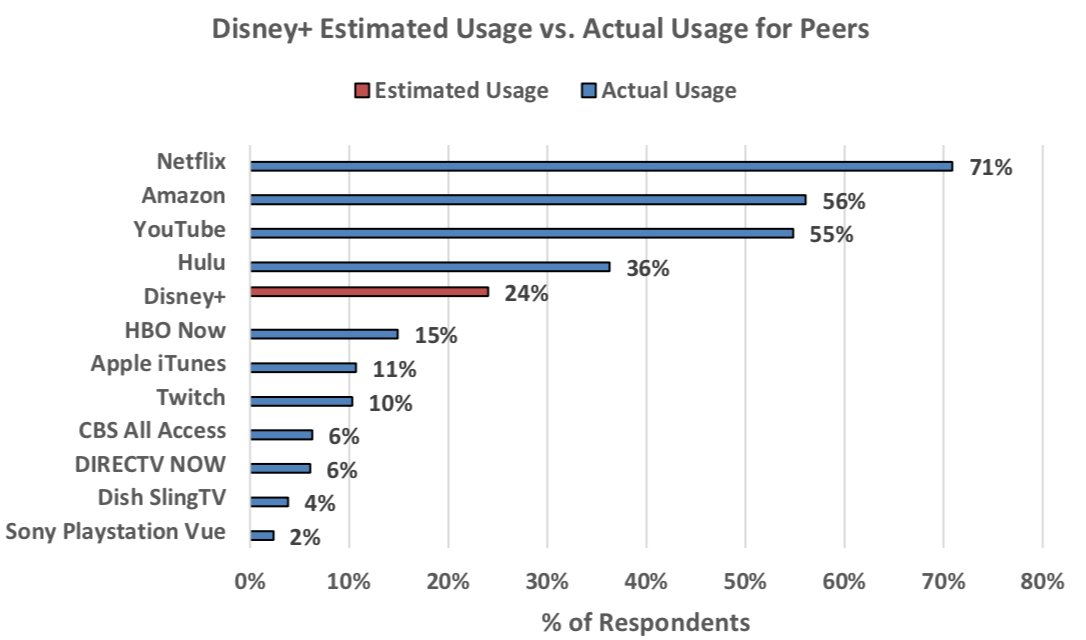 This result shows how Disney+ is currently struggling to topple other streaming networks like Netflix and Amazon, but is already being standing strong against other direct to consumer platforms.  Earlier this year, HBO reported they had 5 million subscribers, while Hulu reported in May that they had 20 million subscribers.  So Disney+ sits somewhere around in the middle according to this data.

The other big factor to Netflix is how current subscribers are looking at what Netflix has available today and in the past, not at how Netflix will be effected when it loses many of its movies and TV shows as companies like Disney and Warner remove their content such as  Daredevil and Friends.

This early survey does give Disney plenty of good news, as awareness of Disney+ is already making an impact, but they’ve not even started promoting it to the mainstream yet and with nearly a year to go, this data could change drastically in the run up to the launch of Disney+.

What do you think of these results?

Roger has been a Disney fan since he was a kid and this interest has grown over the years. He has visited Disney Parks around the globe and has a vast collection of Disney movies and collectibles. He is the owner of What's On Disney Plus & DisKingdom. Email: Roger@WhatsOnDisneyPlus.com Twitter: Twitter.com/RogPalmerUK Facebook: Facebook.com/rogpalmeruk
View all posts
Tags: disney, disney plus, front