Earlier this week, one of the most well-known Japanese animation studios,  Studio Ghibli, shared a small video on its social media platforms teasing an upcoming collaboration with Lucasfilm, by simply showing the two companies’ logos.

Today, Studio Ghibli has teased us once again, with an image of a small little statue of “Grogu”, aka “Baby Yoda” from the Disney+ series, “The Mandalorian”. 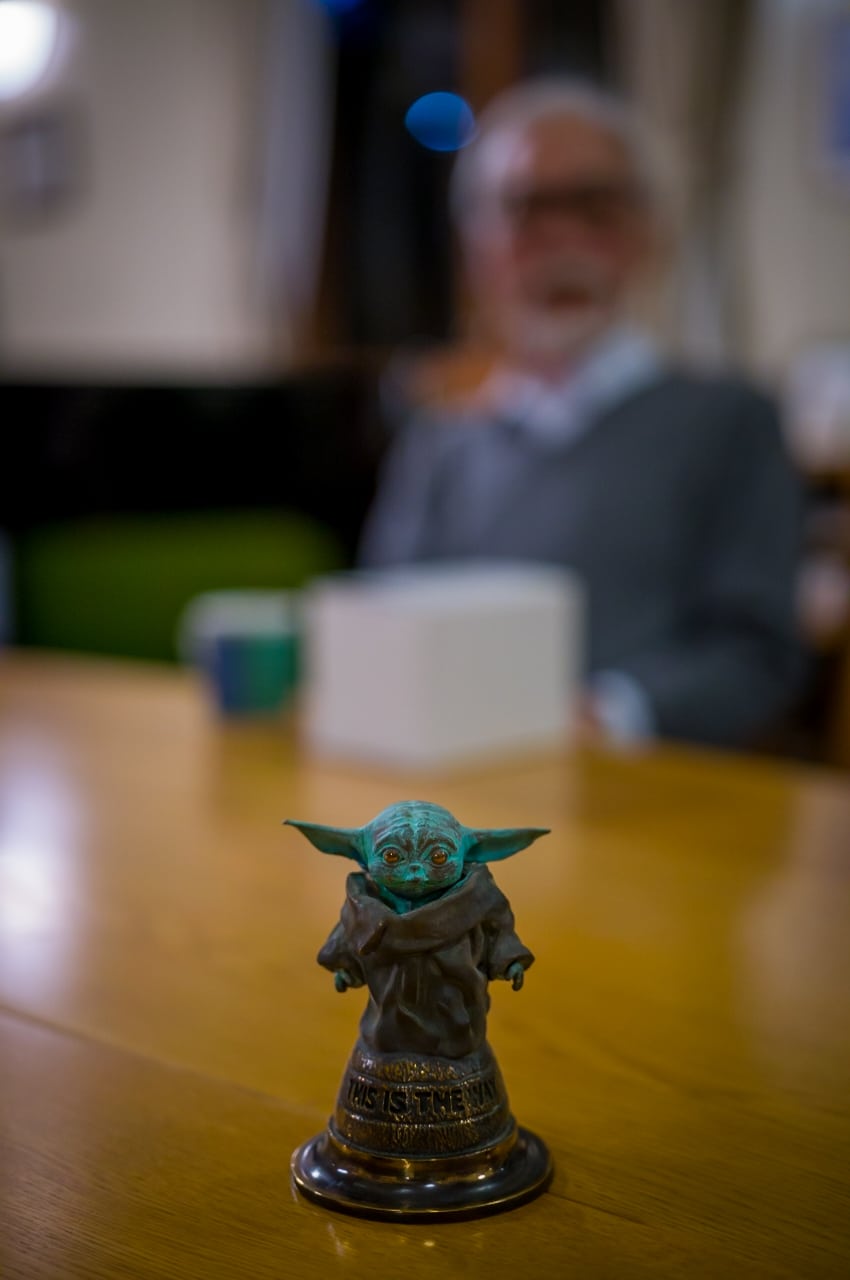 Disney and Studio Ghibli have worked together before, with Disney distributing many films such as “Spirited Away”.

Currently, there are no details on what they are working on together, it wasn’t clear if they were working together on a Star Wars project or another franchise, or even something new. But this new teaser image, should indicate that the new project is not only Star Wars related, but will likely feature “Grogu”.

Hopefully, we will know what this new project is, since we only have two images to go off, so it could be a short, an episode of “Star Wars: Visions”, a film or something else.

What do you think it’s going to be?

Roger has been a Disney fan since he was a kid and this interest has grown over the years. He has visited Disney Parks around the globe and has a vast collection of Disney movies and collectibles. He is the owner of What's On Disney Plus & DisKingdom. Email: Roger@WhatsOnDisneyPlus.com Twitter: Twitter.com/RogPalmerUK Facebook: Facebook.com/rogpalmeruk
View all posts
Tags: lucasfilm, star wars, studio ghibli