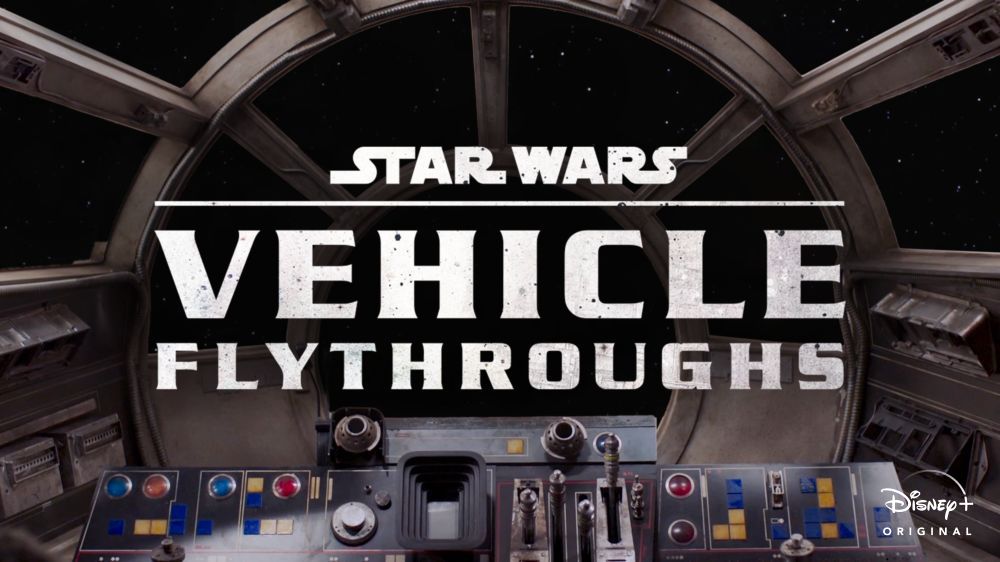 Take a look at the inside of some of the most unique starships in the galaxy with “Star Wars: Vehicle Flythroughs.” These series of shirts available on Disney+ gives a unique look at some of the ships that have inspired our imaginations for the past four decades. It’s a fun piece of what Mark Hamill famously described as “nerdvana,” and, not a bad way to spend seven minutes on this Star Wars Day.

The first short gives us an inside look at the “fastest hunk of junk” in the galaxy, as Lando Calrissian describes it, the Millennium Falcon. The ship that took Han, Luke, Chewbacca and the rest to the remains of Alderaan has been a fanboy’s dream since 1977. This look inside is a lot of fun. You can see the cockpit, the game table where R2-D2 beat Chewbacca leading to the wonderful phrase, “Let the Wookie win,” and the gun stations where Han and Luke held off the TIE fighters. This ship has been looked down on by multiple generations of travelers upon first sight. But, this version is beautiful for all to see. It’s great for Star Wars fans, especially those who can’t make it to Galaxy’s Edge at the parks. In contrast, if the Empire is more your speed, check out the Imperial Star Destroyer. It’s a great look at the main ships used by the villains in the series. From the bridge to the armory and weapons stations, you’ll see everything that makes these ships tick in around four minutes. It’s unlikely we’ll see a replica Star Destroyer in the parks anytime soon. This is the best look we’ll get for a long time, so enjoy it and appreciate it, if these kind of shorts are your thing.

Admittedly, these shorts aren’t for everybody. There’s no storyline. There’s no plot development. It does nothing to build the mythos of Star Wars. It’s a featurette we used to find on the special features section of a BluRay or DVD. But, for someone like me, I had fun in a short amount of time. I’m not going to recommend these to a new fan to get them into the universe, but I would recommend it to a diehard fan who may not have seen them yet. They may not be something that grabs ahold of you like “The Mandalorian” or “Bad Batch,” but I’d like to see more ships. How about the inner workings of an X-Wing? The Ghost from “Rebels?” Let’s see those. Plus, Star Wars was more upfront about what these are than Marvel was about that “Legends” series, so Star Wars has one-upped Marvel without a line of dialogue.

May the Fourth be with you.

Jeremy has been a big Disney fan since he was a kid growing up during the Disney Renaissance. One day he hopes to go to every Disney Park in the world.
View all posts
Tags: disney, review, star wars, Star Wars Day, Vehicle Flythroughs