George Lucas unveils the first of his prequel trilogy in “Star Wars: The Phantom Menace” and begins telling the viewers how Anakin Skywalker became Darth Vader. This was one of the most anticipated movies of all time when it hit theaters in 1999. And, while it lived up to the hype in some ways, it failed in others.

It had been 16 years since a new “Star Wars” movie had been released in theaters and fans were salivating for new content. This film delivered with some of the best fight scenes of the series, cool special effects in the podracing scenes and the return of music legend John Williams to recreate some old classic while composing new songs for the score. It also failed miserably with the introduction of the Gungans, too much emphasis on government procedure and the introduction of midichlorians.

Let’s tackle the Gungan in the room. Jar Jar Binks. His character is annoying. I used to think he was the most annoying character in cinematic history, but I’ve seen worse in the two decades since this movie came out. He’s also too unnecessarily involved in the plot. What would’ve been an annoying but useful character when Qui-Gon and Obi-Wan received the transport from Boss Nass turned into a hindrance along for the ride. Why is Jar Jar going to the Naboo palace? Why is he going to Tatooine or Coruscant? Why was the life debt or banishment written in? His character added nothing to the movie beyond the Gungan City scenes. Lucas may have been attempting comic relief, but there was no comedy and no relief in sight.

The scenes in the Senate had potential but were too bogged down in procedure. And, the midichlorians took away from what made people love the Force in the first three movies. The fact they were hardly mentioned later, Jar Jar’s role was reduced and we spent less time in the Senate chambers in subsequent films hints that Lucas understood fans didn’t like these elements. 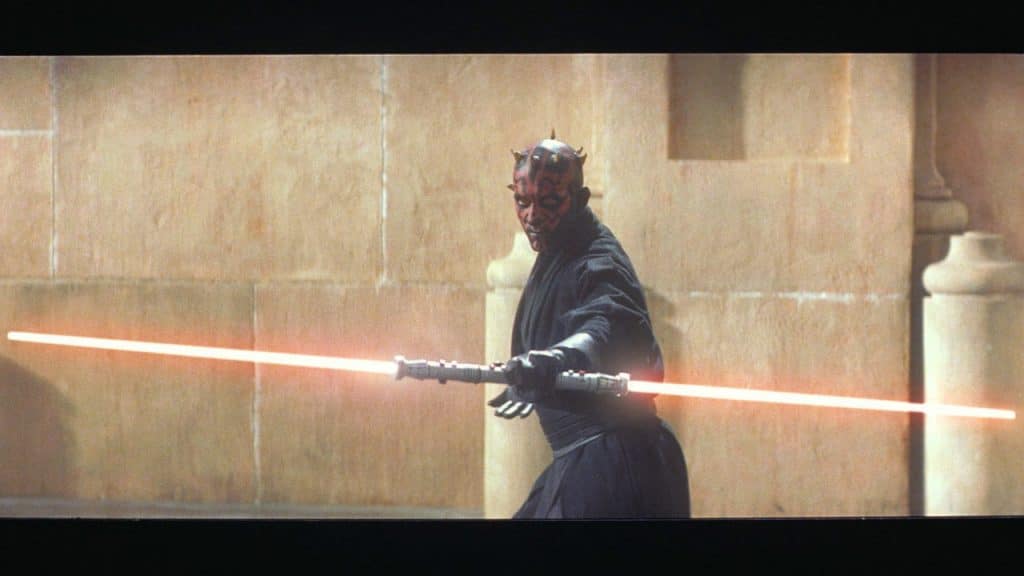 But, there were some great elements as well. Darth Maul is an excellent villain and could’ve been the predecessor to Darth Vader. He was more frightening and more villainous in just 3 lines of dialogue than most movie villains could ever hope to be. Unfortunately, he’s killed off at the end of the film in a bout of shortsightedness on Lucas’ part. I know the animated series and “Solo” retconned this but he could’ve been useful in the next prequel.

The podracing scene was fun with wonderful special effects. It’s a bit long for a three lap race, but there’s very little Jar Jar in this scene, so I’ll take it. Meanwhile, John Williams, once again, delivers with an epic score that really makes you feel like you’re in a galaxy far, far away.

I was 14 when this movie hit theaters. I’ve had a range of opinions on “The Phantom Menace” as it’s aged and as have I. I, genuinely, loved this film when it came out. 14-year-old me didn’t notice the flaws, except Jar Jar. Then I reached my 20s and I hated this film. The flaws stood out and I hated what they had done. Now, I appreciate the film for what it is, a perfectly fine science fiction film that’s not really a good “Star Wars” film.

Jeremy has been a big Disney fan since he was a kid growing up during the Disney Renaissance. One day he hopes to go to every Disney Park in the world.
View all posts
Tags: disney, Phantom Menace, retro review, review, star wars