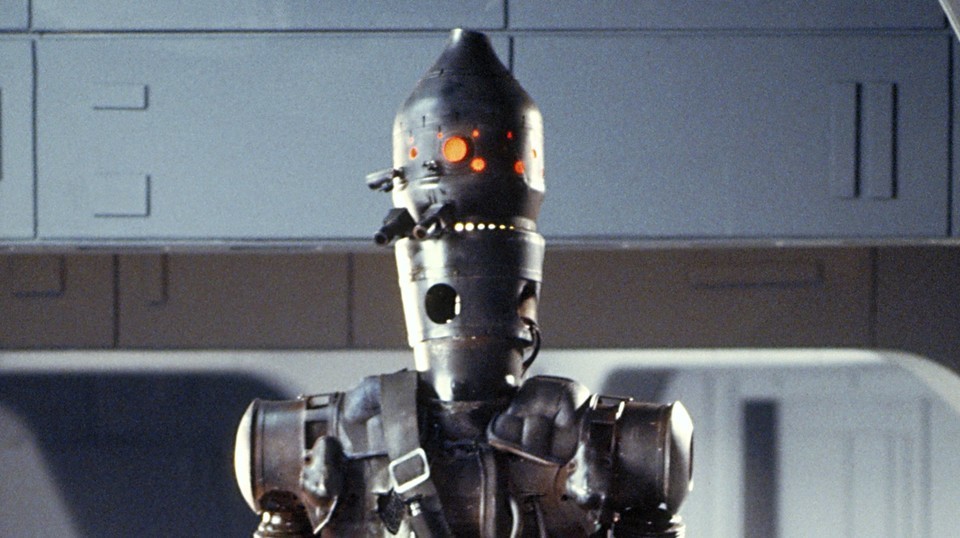 On Christmas Day, director Jon Favreau gave Star Wars fans a small sneak peek of his upcoming Star Wars series, The Mandalorian, as he shared an image of the character IG-88, standing in front of a green screen.

IG-88 is a bounty hunter who has appeared in “The Empire Strikes Back” and is an assassin droid, who is an independently programmed mechanical killers that had no masters. IG-88 is a battered chrome war droid who has become a bounty hunter, and answered Darth Vader’s call to capture the Millennium Falcon during the events surrounding the Battle of Hoth.

The scene from “The Empire Strikes Back” was only small and it’s unclear how much of IG-88 we will see in “The Mandalorian”, since it could be just a small cameo or this series could help flesh out the character.

Star Wars: The Mandalorian will be coming to Disney’s new streaming platform, Disney+ in late 2019. We don’t yet know to much about Lucasfilm’s live-action television, which follows the adventures of a lone gunman that is played by Pedro Pascal, but we do know that it will take place between the events of Return of the Jedi and The Force Awakens.

Are you excited to see IG-88 in “The Mandalorian”?

Roger has been a Disney fan since he was a kid and this interest has grown over the years. He has visited Disney Parks around the globe and has a vast collection of Disney movies and collectibles. He is the owner of What's On Disney Plus & DisKingdom. Email: Roger@WhatsOnDisneyPlus.com Twitter: Twitter.com/RogPalmerUK Facebook: Facebook.com/rogpalmeruk
View all posts
Tags: disney, disney plus, star wars, the mandalorian