Disney has released a brand new trailer for the upcoming Disney+ exclusive, Star Wars: The Clone Wars, which will be returning for its final season on Friday February 21st.

This means the release date that Disney had announced earlier in the month via a Oh My Disney video, was incorrect and was probably the reason for its removal from the internet.

From Dave Filoni, director and executive producer of The Mandalorian, the new Clone Wars episodes will continue storylines introduced in the original series, exploring the events leading up to Star Wars: Revenge of the Sith.

And Disney have released a new poster for the series: 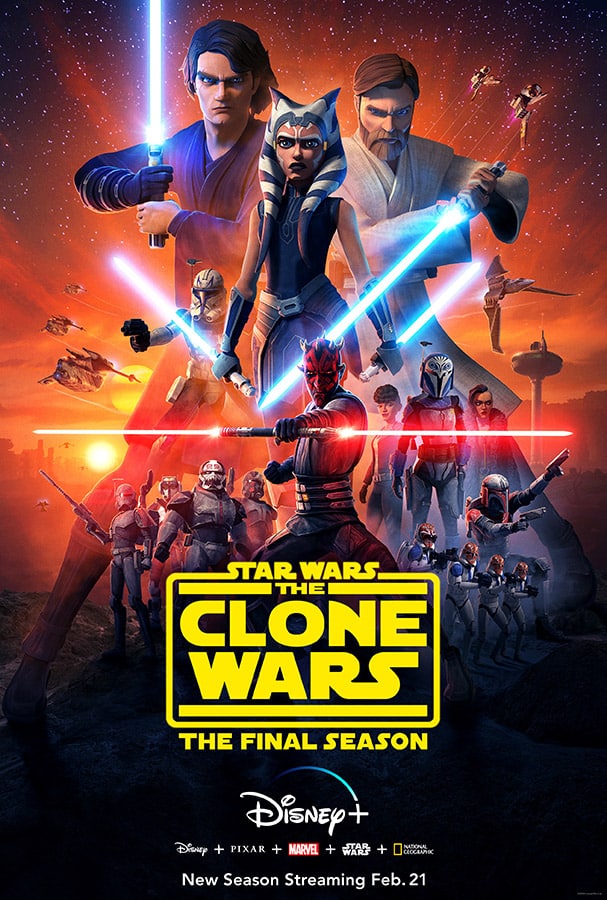