George Lucas fills in the gaps between “Attack of the Clones” and “Revenge of the Sith” with the animated “The Clone Wars” film. The movie takes a look at the infamous Clone Wars and how Anakin Skywalker and Obi-Wan Kenobi fought in those wars. We are also introduced to Skywalker’s padawan, Ahsoka Tano.

This film basically serves as a pilot for “The Clone Wars” TV show that takes a more in-depth look than the movie does. In the film, Anakin and Ahsoka must rescue the son of Jabba the Hutt and return him to the gangster. Meanwhile, Darth Sidious, Count Dooku, and Ventress try to frame the Jedi for kidnapping Jabba’s son. The Jedi are hoping for an alliance with the Hutt to help in the Outer Rim and the Sith are trying to prevent that from happening.

If you’ve seen “The Clone Wars” TV show, you know that it was known for some excellent story arcs that earned praise from some of the most difficult to please Star Wars fans. This 90-minute movie could probably be better told as a 3-episode story arc on the show. It was an objectively good animated “Star Wars” film, but having watched it after seeing the series, it feels like a long episode of the series. But, that’s far from a bad thing. The storytelling is far superior to anything we got in the live-action prequel films. 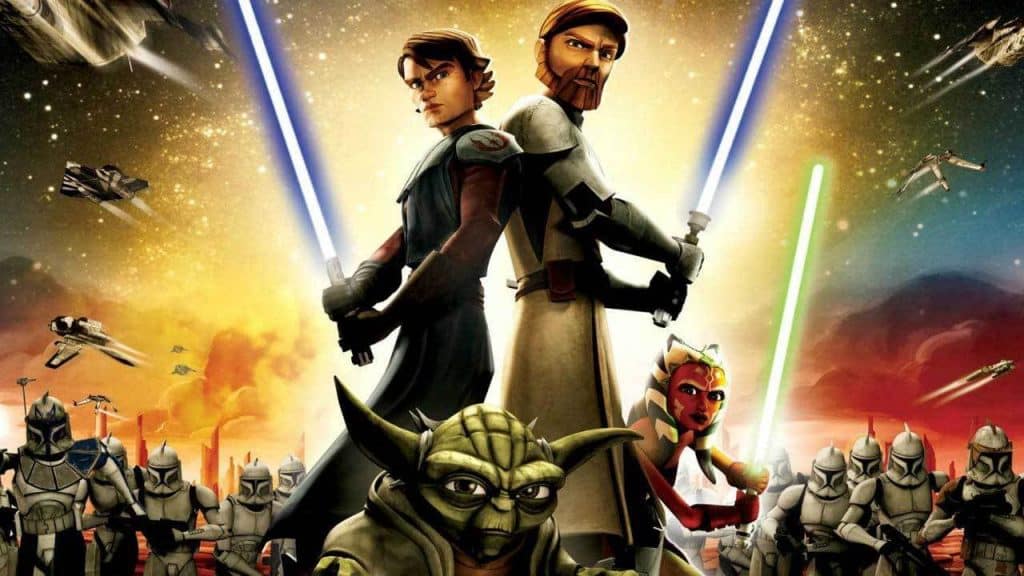 When I first checked out both this film and the subsequent TV series, I expected to be disappointed. After the first two prequels, I didn’t think Lucasfilm could consistently tell intriguing stories that would keep me engaged. The animation department proved me wrong. I enjoyed both beyond anything I could’ve believed.

After the disappointing box office performance of “Solo: A Star Wars Story,” Disney announced it would stop making the side stories and just focus on the main line of “Star Wars” films. I think they should continue making the side stories, even if the animation department is the one to make those films. A combination of the Disney animation department with the storytelling that went into this movie, “The Clone Wars” series and “Star Wars: Rebels” could make some fun films the whole family can enjoy, all while giving those fans who want something other than the Skywalkers and Palpatines a fresh set of characters. They could even continue the side stories with established characters. Even if the films aren’t released in theaters, they would make for some interesting Disney+ Original content.

Have you seen the “Star Wars: The Clone Wars” film? What did you think of it?

Jeremy has been a big Disney fan since he was a kid growing up during the Disney Renaissance. One day he hopes to go to every Disney Park in the world.
View all posts
Tags: disney, retro review, review, star wars, the clone wars