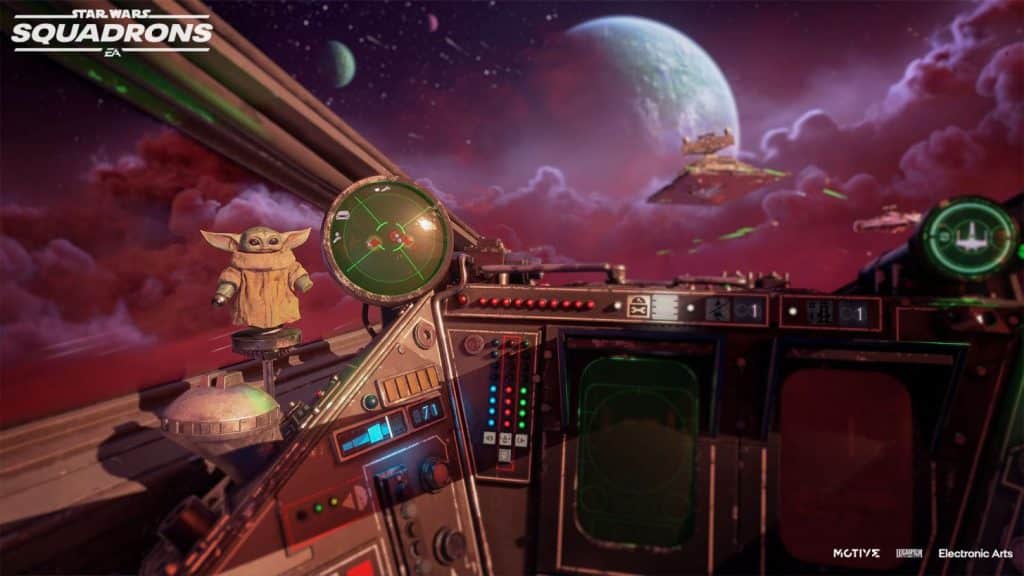 Disney has announced that the new video game, Star Wars: Squadrons, is getting a number of cosmetic items added, based on the Disney+ Original series, “Star Wars: The Mandalorian”, which is returning for a second season this week.

The new content is available for both factions, which include one hologram, one decal, one dashboard flair, and one hanging flair. There are 8 different items to collect. 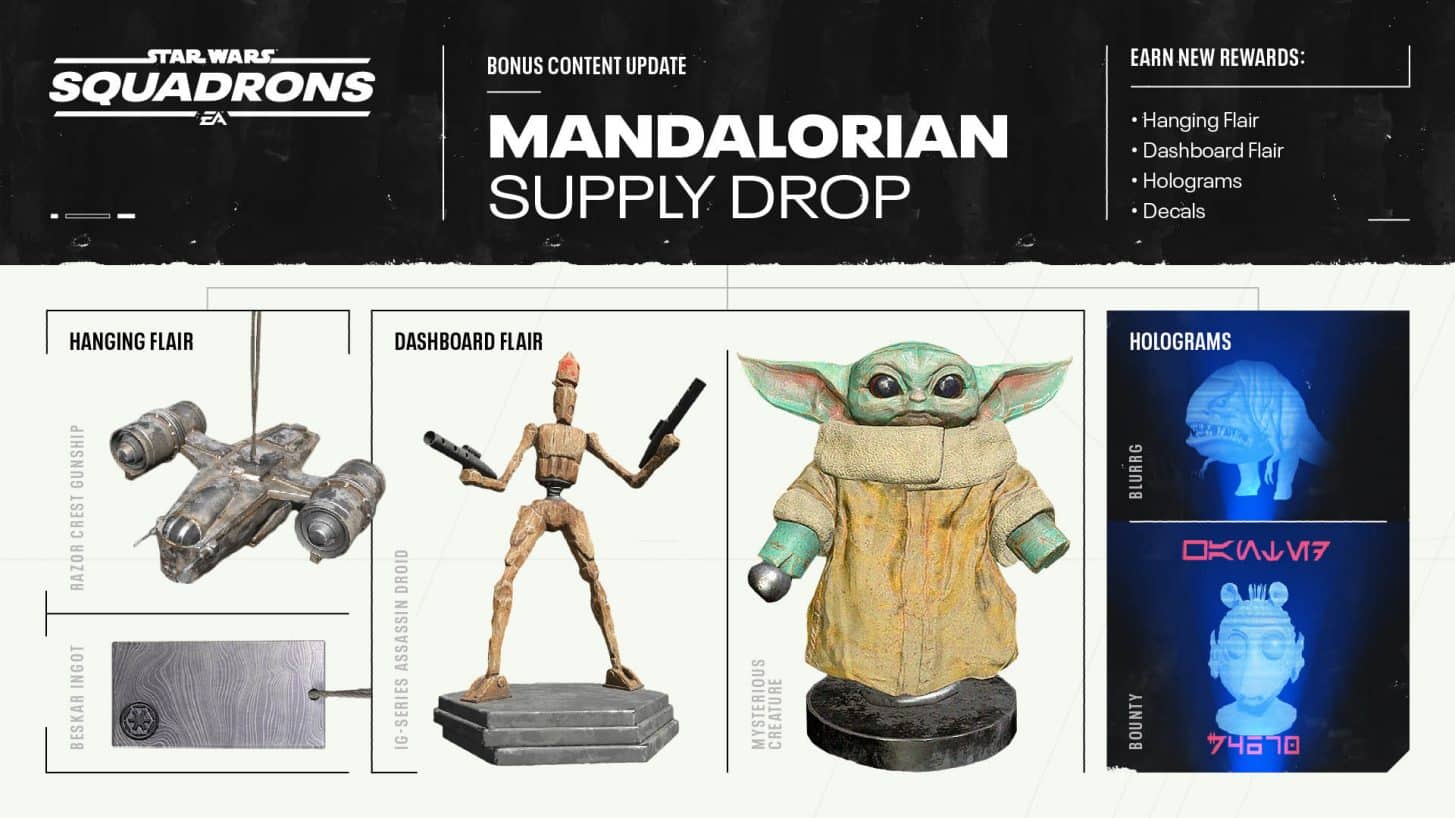 The update will be available on Wednesday 28th October on PC, PlayStation 4 and Xbox One.