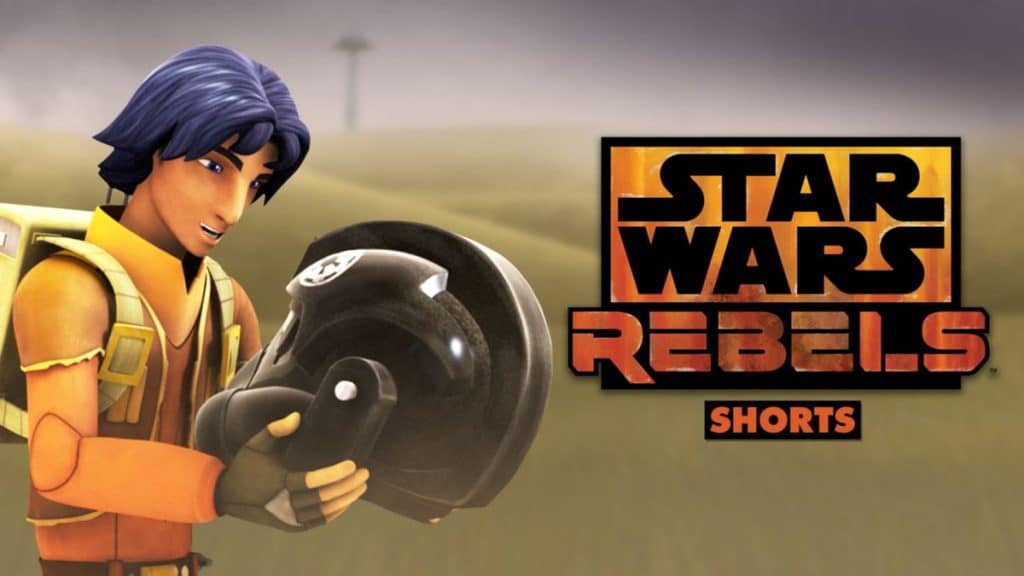 The characters of “Star Wars Rebels” were introduced to the world months before their show premiered on the Disney Channel. Between August and September of 2014, Disney Channel released four shorts that run four minutes each. These shorts gave the viewers the first looks at the crew of the ghost.

First up, “The Machine in the Ghost” introduces us to Hera, Kanan, and Chopper as they battle tie fighters after trying to steal from an Imperial cruiser. The short does a great job relaying the tension between Kanan and Hera built out of mutual trust and respect along with frustration with their situation. It also demonstrates the way the crew picks on Chopper in a friendly manner. They toy with him for a minute before revealing they recognize and appreciate his contributions. You get a sense right away that they view him as a full member of the crew, not a servant.

The second is “Art Attack.” This short follows Sabine as she provides a distraction while the crew of the Ghost completes a mission. It conveys Sabine’s gift for art as she graffitis a TIE fighter before blowing it and others up, leading to purple paint covering the stormtroopers’ white uniforms. It’s a trait we would see throughout the entire series.

Next is “Entanglement.” Zeb is the featured crew member. The Lasat is late for a rendezvous and comes across a pair of stormtroopers bullying a merchant. Zeb, having no love for the Empire, takes it upon himself to attack the stormtroopers leading to a battle with an entire fleet of stormtroopers and a TIE fighter pilot. Throughout the short, despite being vastly outnumbered, Zeb seems to take joy in fighting the Imperials. 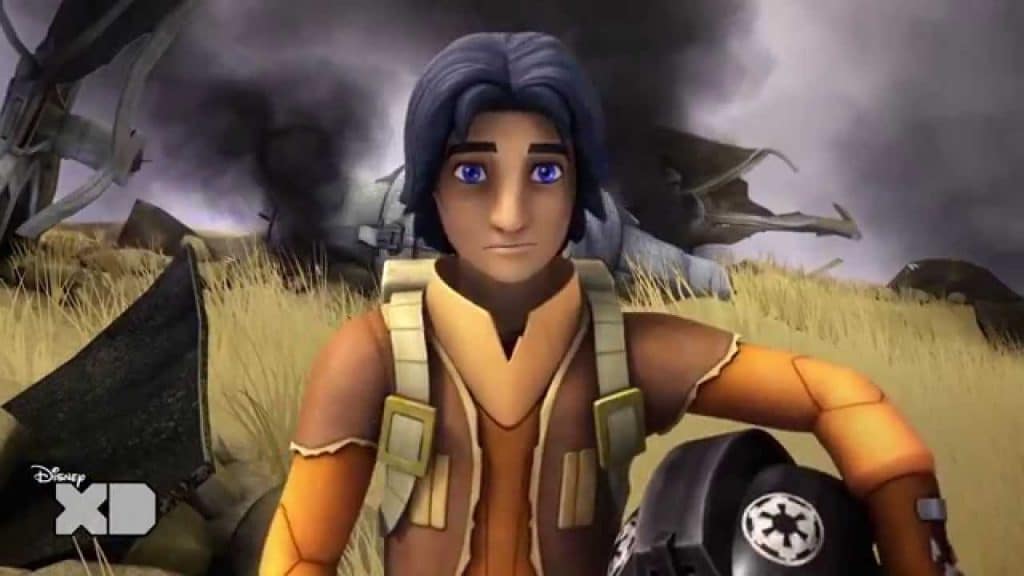 Finally, we have “Property of Ezra Bridger” which focuses on, of course, Ezra Bridger. In this short, a TIE fighter crashes and Ezra appears to be helping the pilot, but, in reality, he’s stealing materials from the ship to sell on the black market. When the pilot tries to shoot Ezra, he demonstrates an innate ability to avoid blaster fire and escape with the materials he stole.

All four of these shorts do a great job of introducing the characters and focus on their strengths that would be featured throughout the series. If I had seen these before watching the series, they would’ve drawn me in and made me want to watch the series. But, since this is the first time I’ve seen them, it’s just a nice reminder of what we see in the series that made me love each of these characters. I just finished rewatching season one. I was already excited for season two, but these shorts have enhanced my excitement.

Have you watched the “Star Wars Rebels” shorts? What did you think about them? Did you like them?

Jeremy has been a big Disney fan since he was a kid growing up during the Disney Renaissance. One day he hopes to go to every Disney Park in the world.
View all posts
Tags: disney, rebels, review, shorts, star wars